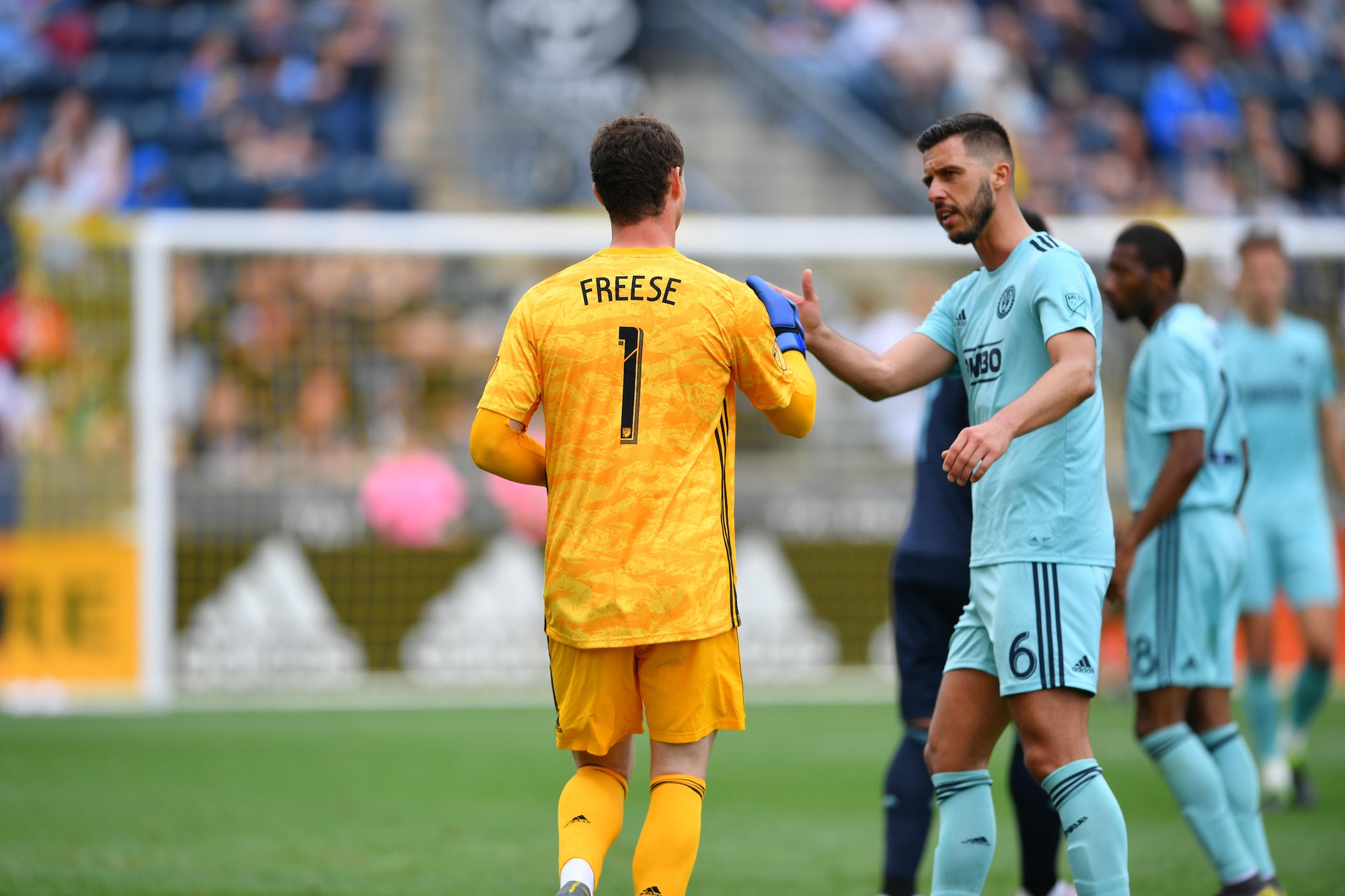 Matt Freese played two seasons for the Crimson before signing a professional contract with the Union in Dec. 2018. By Courtesy of Greg Carroccio/Philadelphia Union
By Henry Zhu, Crimson Staff Writer

Matt Freese checked off one more box in his rapid six-month transition from Harvard sophomore to professional soccer player this past Saturday, seeing his first game action for Major League Soccer’s Philadelphia Union.

The 20-year-old Homegrown Player — who hails from nearby Wayne, Pa., — subbed in for starting goalkeeper Andre Blake about 10 minutes into the second half after Blake suffered a groin injury. Freese did not make any saves in the ensuing 36 minutes as the Union eased to a 3-0 victory over the Montreal Impact.

Freese is just one of 11 Crimson alumni to be selected by a Major League Soccer team and just the fourth Harvard player in the past six years to play in a regular-season MLS game. Midfielder Andrew Wheeler-Omiunu ‘17 appeared once in 2018 for Atlanta United, while Andre Akpan ‘09 and current Harvard assistant coach Mike Fucito ‘08-’09 previously represented the New York Red Bulls and San Jose Earthquakes, respectively.

Despite the lack of activity between the goalposts, Freese commented postgame on how his journey with the Union has come full circle since attending Philadelphia’s first-ever MLS game in 2010.

“It’s crazy, I mean seeing my mom right there [who was in attendance on Saturday] is wild,” said Freese in an interview on PHL17. “She used to bring me to all the games. I am just happy I was able to play in front of her, in front of everyone else and little kids like me who wanted to play here 10 years ago.”

The Episcopal Academy product admitted he felt the jitters preparing to take the field, but was eased in by his coaching staff and teammates.

“Walking out on the field, I could feel my heart was racing,” said Freese in The Delaware County Daily Times. “But as soon as the game started, I started talking to the back four, started touching the ball and it was pretty routine, pretty normal honestly, which is great.”

Up next, the Union will travel to Vancouver this Saturday to take on the Whitecaps. Although Blake is expected to be out for about three-to-four weeks (according to Jamaica national team coach Roy Simpson), Freese will face competition for the starting spot from fellow backup keeper Carlos Miguel Coronel. The 22-year-old Brazilian keeper and Red Bull Salzburg loanee missed Saturday Union’s game while concurrently suiting up for the Union’s developmental team, Bethlehem Steel FC.

Union coach Jim Curtin remained non-committal following the contest on his upcoming choice as the team’s replacement keeper. Coronel was Curtin’s choice to fill in for Blake when the long-time Union starter was called up for international duty in late-March.

“Andre[Blake] is a huge piece to our team, so it’s a big loss, but we believe in Carlos [Miguel Coronel]. We believe in Matt Freese,” Curtin said. “They’re going to probably have opportunities in the coming weeks.”

Prior to Saturday’s backup efforts, Freese started in three games this season for Bethlehem Steel FC. The netminder earned a shutout in Steel FC’s first contest of 2019 at Birmingham, with a 2-1 overall record.

At Harvard, Freese earned Second-Team All-Ivy League honors this past season and holds a college career save tally of 77 in 16 matches played. The Union Academy product has previously represented the U.S. up to the U-19 level, and trained with Manchester United while racking up Delaware County Player of the Year honors in high school. 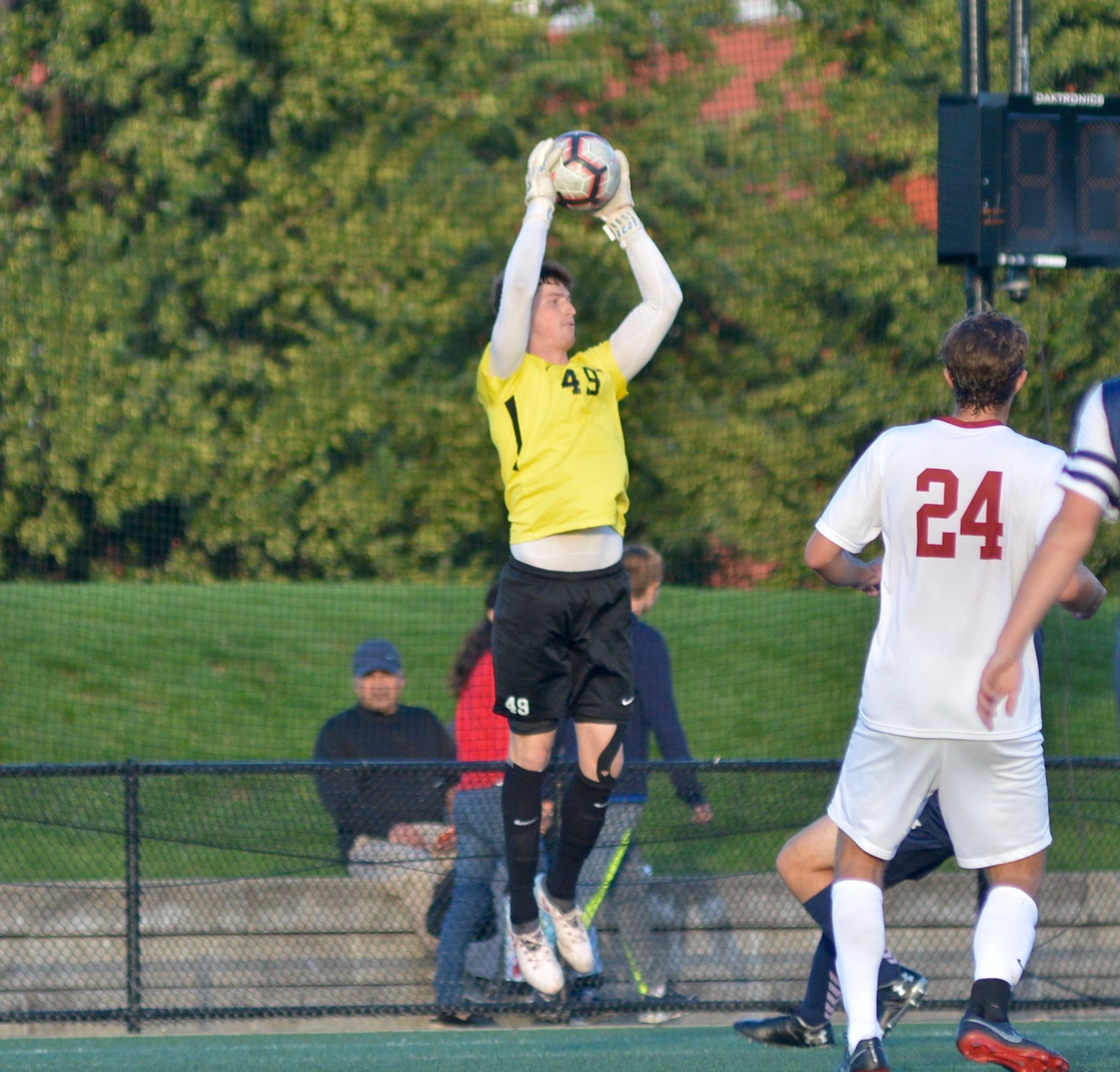 Freese cemented his spot as the Crimson's starting keeper in his sophomore season. By Henry Zhu

“[Harvard soccer] was just a great group of people, and I’m just really happy to be a part of the team, that family,” said Freese in a preseason conference call. “I think the most memorable experience was the Yale game this past season in which we shut them out. Off the field, I think just meeting everyone. Just being here, there is a wide variety of people and diverse group of people…it has inspired me and something that will definitely stick with me for the rest of my life.”

More clarity will likely be made after the practice sessions end this week on Freese’s starting status, but the 20-year-old, who just months ago was roaming Harvard Square, can now officially see his name in the Major League Soccer stat sheet.

A previous version of the article incorrectly named the head coach of the Philadelphia Union. It has since been corrected.