‘The Leader of Our Team’: Christian Juzang Called Upon to Steer Men’s Basketball 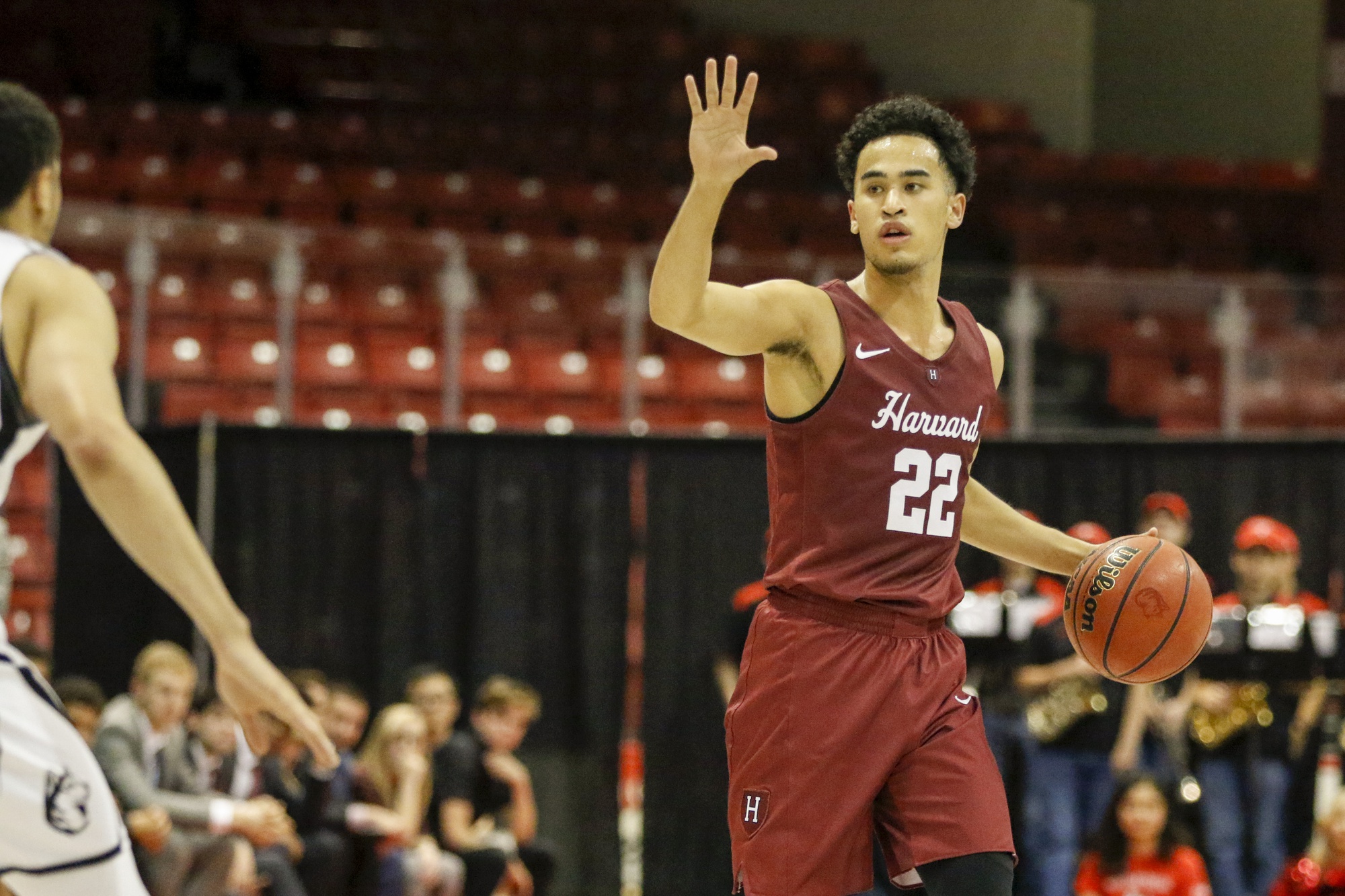 It is past midnight, and the Harvard men’s basketball team had just gotten off the bus after a two-hour ride back from Hanover, N.H. The Crimson narrowly escaped a spirited comeback effort from Dartmouth, and was now 2-0 in conference play.

But as most of the team departed Lavietes and returned back to their dorms across the Charles River, one player remained: senior guard Christian Juzang.

As captured by assistant coach Brian Eskildsen on social media, the Tarzana, Calif., native stood alone at the free throw line, working diligently to regain his shooting stroke in the peace and quiet of an empty gym.

This snapshot in many ways encapsulates the character and temperament of one of Harvard’s lynchpins: undeterred by adversity, driven for improvement, and trustworthy of the grind.

Coach Tommy Amaker, who has leaned on the word “sacrifice” as a motto for the program, recently acknowledged Juzang’s contributions in a speech to the team.

“[Christian]’s been as valuable as any kid we’ve had in our program for the last two years,” Amaker said. “He’s been able to step in at various moments in times and I admired him — I mentioned this to our team — that his role has changed drastically within the course of this season… His spirit has always been intact, and you have to have an internal spirit about being really a part of everything and being all-in with this team.”

To call this an unpredictable and fluctuating season for Juzang would be an understatement. The fourth-year was named a starter in the season opener, yielded the majority of his minutes to his all-Ivy counterpart Bryce Aiken in November, regained some playing time in early December, and is now back as the workhorse for Amaker whilst Aiken nurses a sprained ankle suffered against George Washington on Dec. 21.

As volatile as this may sound, Juzang is no stranger to taking over the reins of the team. In relief of an injured Bryce Aiken during much of his sophomore Ivy campaign, Juzang broke through with nine double-digit performances and helped the Crimson capture its first Ancient Eight title since 2015. During this past junior season, the Viewpoint School graduate impressed Amaker well enough to retain his starting position, even when Aiken returned from his prior injury in January 2019.

This season’s go-around — one in which Juzang has gone from playing just four minutes against No. 5 Maryland over Thanksgiving to totaling an average of 34 MPG and 12.4 PPG in the most recent five-game span — is no different, according to the seasoned playmaker.

“Just having a calling card of mine just to stay ready for whenever that is,” said Juzang, who quickly deflected to focus on the overall team mindset. “Kind of for everybody, ‘staying ready so you don’t have to get ready.’ Everyone is just happy to chip in where they can and win another Ivy League title, and this year, get to the tournament.”

Juzang’s contributions in recent weeks have been critical to the Crimson’s two-month long eight-game win streak, one away from matching Amaker’s Harvard record. Outside of his recent aggressiveness from deep in which the guard has made 11 triples in five games, Juzang has also dished out at least five assists in three of those contests.

For Coach Amaker, it has also been the intangible qualities that has impressed him the most, including embracing any role that the coaching staff has asked of him. Moreover, he affirmed that Juzang has unquestionably earned the respect of his teammates to command the experienced squad.

“He’s the leader of the team,” Amaker said. “[Justin] Bassey is probably our heart and soul, and I would say that Juzang is probably our leader. He’s not our captain, but it’d be hard for us or anyone on our team to say he isn’t the leader of our team, being the quarterback, the point guard, and the guy that we rely on to lead us out on the court.”

Moving forward, there is little question that Juzang will be called upon in big moments to elevate the Crimson program to its ultimate goals in March. Nevertheless — with Aiken’s return date still uncertain and former all-Ivy Seth Towns out for the season — the Harvard side will certainly need to draw on a balanced team effort to power through to the NCAA Tournament, one that will demand a “ready-at-all-times” mentality.

If that is the case, there seems to be no better individual to spearhead that charge than the one who has embodied that philosophy throughout his four years in Cambridge.