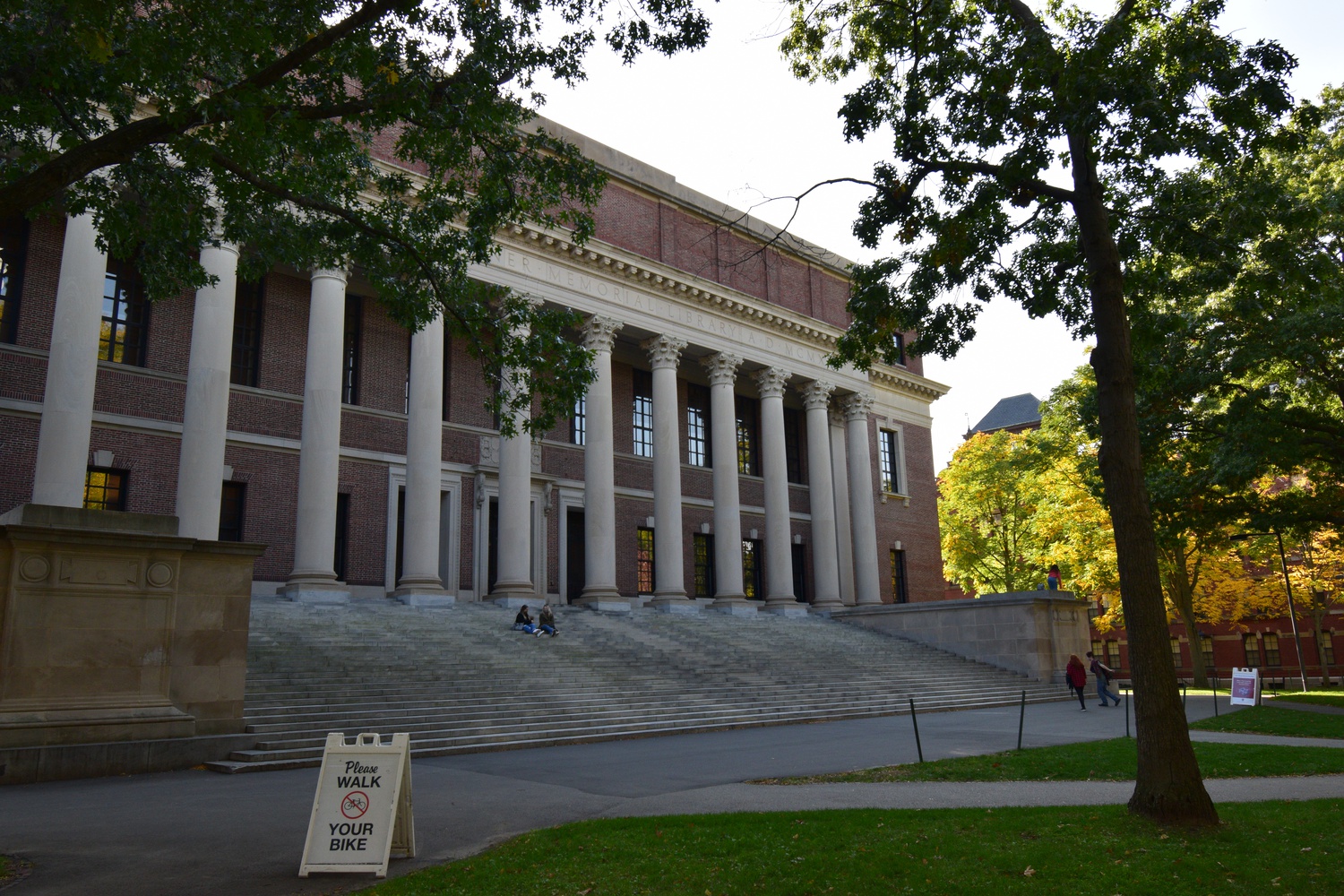 Architects and academic experts discussed the connection between architecture and democracy in a virtual lecture co-hosted by the Harvard and MIT’s Departments of Architecture Wednesday.

The experts discussed how architecture may serve to promote or threaten democratic systems during the 90-minute lecture. They argued architects should consider their buildings’ impact on democracy in their designing, teaching, and advocacy work.

Mark Lee, a principal and founding partner of architecture firm Johnston Marklee, and Nicholas de Monchaux, a professor of architecture at MIT, convened the lecture to promote institutional collaboration, according to Monchaux.

“We are in a democracy we are building, not one which has already been built. It is in this spirit that we convene tonight’s discussion,” Monchaux said. “In this context, I’m particularly glad for the collaboration across our own institutional and cultural divisions that it represents.”

Lee said he hoped the lecture would serve as a forum for individuals to evaluate the role of architecture in democracy amid the upcoming presidential election.

“At a time when there’s so much uncertainty, particularly about this upcoming election,” Lee said, “we feel the need to have a platform to openly discuss this topic and the roles both architecture and architects can play in our democracy.”

Iman Fayyad, a designer and Harvard Graduate School of Design lecturer, began the webinar by saying she thinks architects have a responsibility to serve the people.

“As architects, our highest responsibility is to design for people. Our actions and decisions do make a difference,” she said. “Democratic architecture is one that actively seeks out and mirrors society’s wants and needs.”

Azra Aksamija, founding director of the MIT Future Heritage Lab, argued that architecture could be used to both empower and disempower groups in society, and to serve as a form of non-violent defiance.

“Architecture, based on its sheer presence and physicality, offers tools for the oppressed to reclaim agency and justice in conflicts that might have already been lost,” she said. “Architecture gives form, visibility and identity for minority groups. As such, it also represents an obstacle for various nationalists and white supremacists in creating their homogenous national communities.”

Yasmin Vobis, co-founder of Ultramoderne, which experiments with new forms of urban architecture, discussed how she thinks physical forms of design can inform democracy as a spatial practice.

“Democracy is a spatial practice that takes over specific spaces, often spaces of the everyday and even spaces that were not intended for that purpose,” she said. “The physical stuff – cities, space bodies – they matter.”

Assistant Professor of Architecture Michelle Chang — who directs JaJa Co, which seeks to integrate film and music into architecture — also said she thinks architecture can impact democratic processes, citing political signage in her neighborhood calling for the cancellation of a high-rise construction project.

“It made me think of the ways in which democratic values and democratic procedures are already happening in the everyday, as a means for architects, designers, and non-architects to engage our built environment,” she said.

Some speakers argued architects should consider democratic principles in their teaching as well.

Rafi Segal, an architect and an associate professor of Architecture and Urbanism at MIT, said he thinks it is important to instill diverse values and equity when teaching design.

“In order to serve and promote democratic values, we need to teach design that allows diverse expressions and equal opportunities to contribute and to shape our public realm,” he said. “The shaping of the public realm, the space of democratic participation, is – as designers and architecture – is our contribution to society.”

Huma Gupta, the Neubauer Junior Research Fellow at Brandeis University, commended architects who extend their activism beyond simply what they design and teach in an interview preceding the lecture.

“Let’s pay attention to these models of activists, architects who understand that it’s not simply enough to try to change the world through what they teach in the classroom, what they design, but in fact, to try to also change the economic, social and political structures in which they practice and teach,” she said. “If we are not committed to that, then it makes it much harder for us to affect any sort of change within the classroom or within an architecture firm or practice.”

Gupta concluded the lecture by noting that the long history of architecture inspires both awe and concern.

“At first glance, this fact inspires in me a deep sense of awe for all those builders who came before us,” she said. “But it also raises a concern of how the foundational myths of the discipline whose aesthetics were forged within undemocratic economic and political systems might encourage an ambivalent attitude towards inequality and injustice today.”