Source Serves Up a Slice in the Square 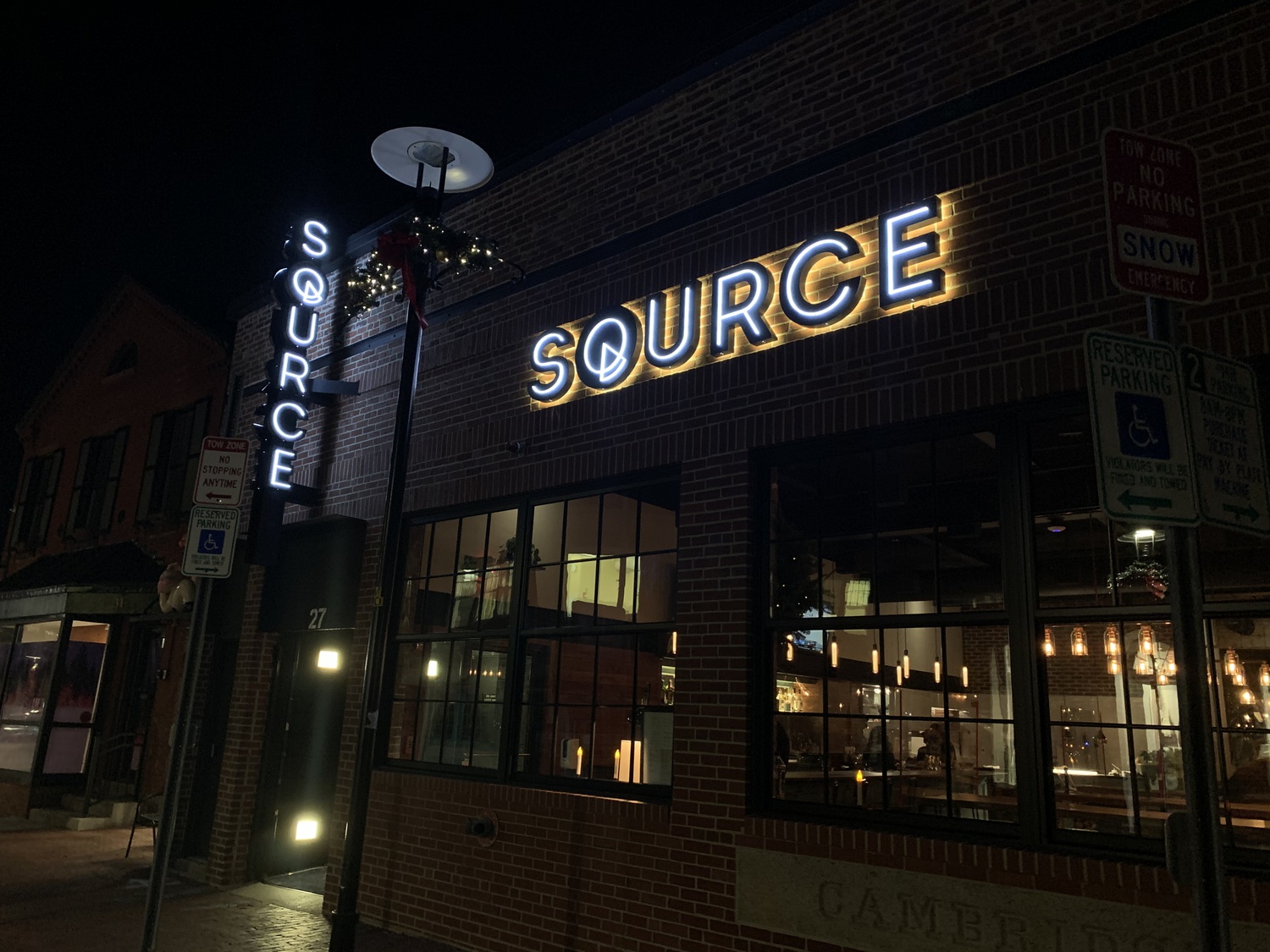 Source is located at 27 Church Street in Harvard Square. By Alexandra A. Chaidez
By Taylor C. Peterman, Crimson Staff Writer

Source, a farm-to-table pizzeria, opened to the public last month in Harvard Square.

The restaurant — located on Church Street at the site of Cambridge’s first fire station — is what first-time restaurant owner Daniel Roughan calls “a modern take on the local gastropub and traditional pizza parlor.”

“We are a farm-to-table Neapolitan pizza restaurant,” Roughan said. “What I pride myself on and what I built this concept off of was attempting to source 90 percent of all of our product from within 100 miles of our front door.”

“It's just all about putting back into the economy that supports us,” he added.

In addition to featuring spirits from local distillers and a beer list from local breweries, Source relies on local farms to shape its menu, Roughan said.

“We are doing hyper-local sourcing as much as possible, and with that, our menu is a hyper-seasonal menu because, of course, living in New England, our temperature tends to fluctuate. So, one week we might be able to get produce from one farm and then they might have a frost, so we have to pivot and grab it from another farm,” he said.

Roughan said the restaurant — which opened shortly before Thanksgiving — has encountered a difficult first couple weeks.

“There's just not a lot of people out there and the people that are out there are hesitant about going out dining,” he added.

Denise A. Jillson, executive director of the Harvard Square Business Association, said despite these obstacles, Roughan has “done everything right.”

“He's just been such a positive, optimistic guy, and he really believes in his product,” she said. “He worked so hard on building up a location and making it look really fun and beautiful and taking advantage, really capitalizing on the location.”

“We're excited to have him and just wish him all the best because he could not be opening in a more challenging and difficult time,” she added.

Roughan said, despite the difficulties around opening his restaurant, he had his eyes set on the first Source restaurant opening in Harvard Square.

“Harvard Square, as most people know, is, in my opinion and many others’, one of the most famous and well-known squares in the world,” he said. “It's bathed in tradition and history and culture, and I just really wanted our first restaurant to be a part of that, as a symbol of something that hopefully will be around a long time.”

“It's something that is about the locals and the local economy,” Roughan added.