The New Media That Got Us Through Quarantine

Few things soothe the soul quite like these short, acoustic concerts put on by some of your favorite artists at the titular tiny desk in NPR’s Washington, D.C. office. The true beauty of these concerts lies in their ability to showcase the astounding musicianship of artists who may not be used to performing in such intimate settings without digitized instruments. Megan Thee Stallion’s unrelenting energy brings “Hot Girl Summer” to an office full of public radio broadcasters; T-Pain, notorious for his use of autotune, proves himself to be a tremendous singer without it; the late Mac Miller’s performance of “2009,” accompanied by a string section, will break your heart in the most beautiful way possible.

In order to remedy the boredom and lack of scenery changes during quarantine, museums around the world are creating new ways for patrons to interact with their collections. Instead of strolling through the Metropolitan Museum of Art’s galleries, the @metmuseum Instagram page’s posts and stories encourage patrons to learn more about featured artists, exhibitions, and hidden tales behind the collection. Museums like the San Francisco Museum of Modern Art (@sfmoma) are releasing short videos and gallery tours with the hashtag #MuseumFromHome, giving patrons around the world the opportunity to learn about the collections without leaving their couch.

Into the Gloss Top Shelfs

Skincare fanatics will want to pay attention (though perhaps, if you’re one of them, you already regularly peruse the site). Into the Gloss has been giving insider tips into the routines of celebrities like Jia Tolentino and people like you and me for years, as well as monthly favorite product roundups, open threads for people in the comments to chime in, and in-depth looks at specific types of products. Once you go down the rabbit hole, it’s addictive (I myself have gotten to page 67), but you’ll learn a lot about pH, moisture barriers, and different types of acids. For visual creatures, the accompanying photography is just as good, and will leave you wishing you could be featured on their site.

Yes, there are recipes that call for Le Creuset lookalike pans, breadcrumbs, and three kinds of cheese, and no one is disputing their enshrinement in the comfort food Hall of Fame. But when you want something cozy now and Kraft just isn’t cutting it — no powdered cheese for you, thanks, you’re gonna go designer — just toss some pasta in a pot, let it boil, drain it. Shred some cheese, preferably gooey when melted, and mix it together while the pasta is still hot. Top with salt and pepper. Simple, unfussy, fast — made all the more satisfying because of the minimal effort required. Eat it three times a day if you want, we won’t judge. 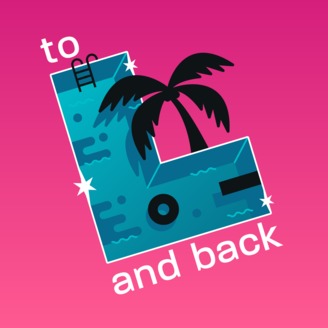 By Courtesy of Autostraddle

Does self-quarantine already have you talking to yourself? If so, consider putting on Autostraddle’s “To L and Back” podcast to keep you company. On each installment, hosts Riese Bernard and Carly Usdin (Kristin Russo co-hosted Season One) break down one episode of the groundbreaking Showtime series “The L Word,” which followed the lives of a melodramatic group of lesbian women in Los Angeles. Bernard and Usdin’s commentary is the perfect companion to the show, whether you’re a long-time fan or watching for the first time. Stream an episode on Netflix, then find the corresponding episode and go about your day. Your government-approved walk just got so much better!

Forget “Tiger King.” The Internet’s most underrated shock-doc is an Architectural Digest Youtube series called “Open Door: Inside Celebrity Homes.” Did you know that Chelsea Handler has an outdoor pizza oven? Or that Robert Downey Jr.’s Hamptons house is literally inside a windmill? And how can I score an invite to Lenny Kravitz’s sprawling Brazilian farm compound? The perversely grotesque pleasure of peering into very rich people’s most intimate spaces is inexhaustible. At a moment when the idea of entering anyone else’s home at all incites both terror and nostalgia, these videos remind us of a time when people (or camera crews) could just swing by and be welcomed with open, well-rehearsed arms.

Most people were first exposed to impressionist classical music when they heard Debussy’s “Clair de lune,” or perhaps they saw “Call Me by Your Name” and were enamored by Ravel’s “Une barque sur l'océan.” Impressionism in classical music is enchanting because composers are able to etch an image — an impression if you will — into the minds of listeners using texture in sound, often deviating from practices characteristic of the Classical and Romantic periods. I encourage you to delve into “Arabesque No. 1” and “Rêverie” by Debussy or “Jeux D’eau” and “Le Tombeau de Couperin” by Ravel during this time in quarantine. Or if you’re tired of listening to just Debussy and Ravel, I suggest taking a look at Lili Boulanger’s masterworks.

It’s no surprise that people have been spending an exponential amount of time scrolling through social media during quarantine. If you’re looking for a truly inspirational Instagram content, you might want to follow @artascommentary. Tania G. Veltchev ’22 created this account to spotlight professional and amateur artists making art as social commentary. The account features a variety of media made in response to COVID-19, and it also highlights helpful resources for artists and others who might be struggling due to the pandemic. Consider livening up your feed by following @artascommentary to remind yourself of how the beauty of creation remains alive in the art community. 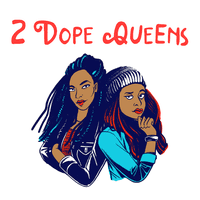 By Courtesy of WNYC Studios

I am a firm believer that podcasts are bad and those who recommend them are worse. This podcast, in my humble opinion, is one of the few exceptions to the rule. Co-hosts Jessica Williams and Phoebe Robinson are flat-out hilarious on this WNYC Studios series — so funny, in fact, that HBO filmed and aired a four-part special of the series in 2019. Their rotating guest list of actors, comedians, and other public figures keep the show fresh and, in the case of Jon Hamm, flirty. If you’re listening in public, beware! Laughing to yourself is still going to look strange, even from six feet away.

Whatever Your Local Arts Organizations Are Doing

I know. This is a lecture and not a recommendation. But listen: Your local bookstores (and movie theaters, and museums) do important work, both by employing people and by bringing you culture. If you have the money, you should help them out during These Trying Times — they deserve it, and you will walk away with a new way to spend your hours. In Boston, the arts sector creates almost as many jobs as the retail industry. Both sectors are struggling right now, but only one will send you personalized book recommendations. In conclusion: Buy local!