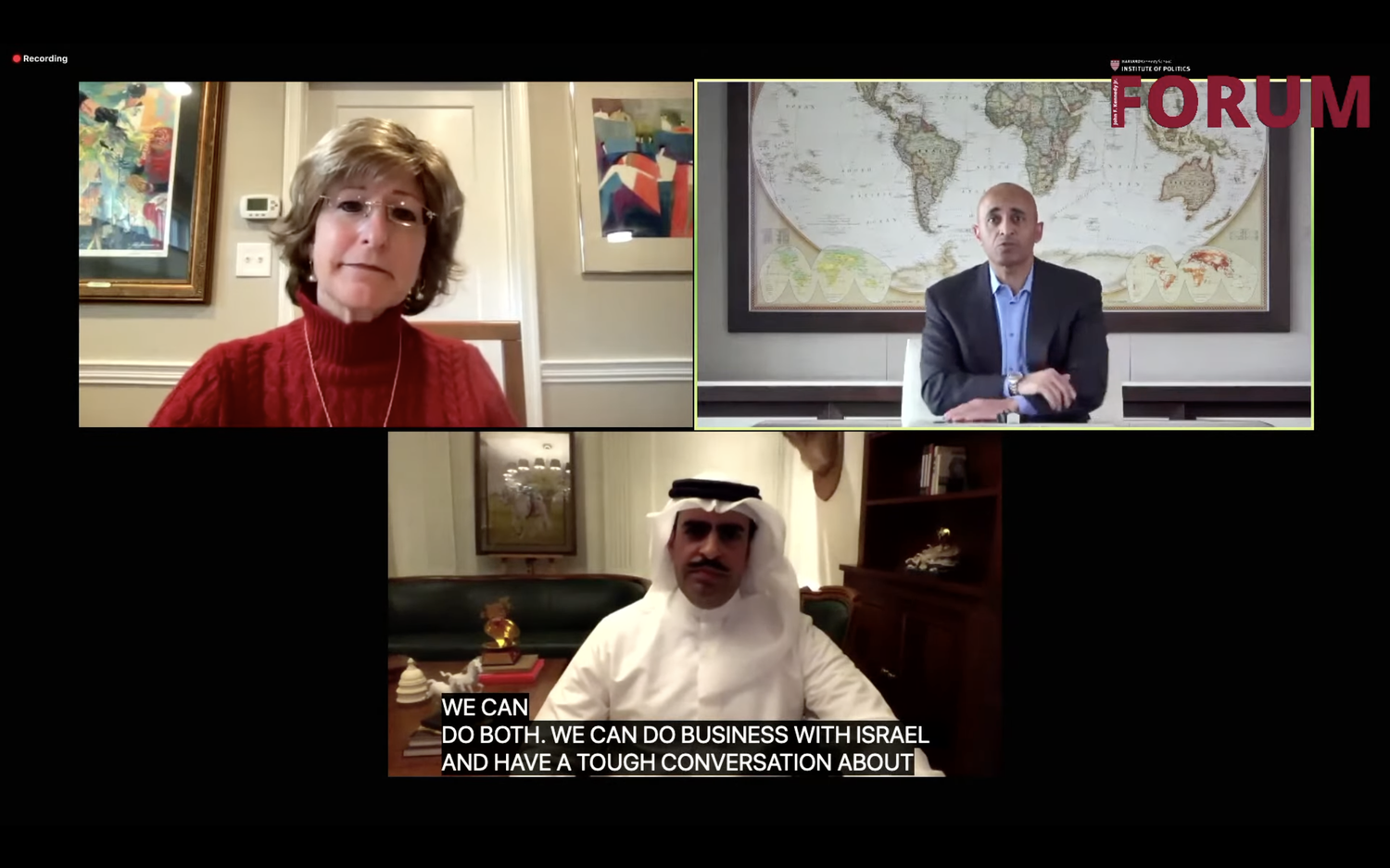 The ambassadors of the United Arab Emirates and of the Kingdom of Bahrain to the United States discussed the goals and impact of the Abraham Accords — a 2020 normalization agreement establishing formal diplomatic recognition and economic ties between the Arab countries and Israel — at an Institute of Politics forum event Friday.

Ambassador of the United Arab Emirates to the U.S. Yousef Al Otaiba, Ambassador of the Kingdom of Bahrain to the U.S. Shaikh Abdulla bin Rashid bin Abdulla Al Khalifa spoke at the event. The discussion was moderated by Bonnie Glick, a Spring 2021 IOP Fellow and former Deputy Administrator of the U.S. Agency for International Development.

The Abraham Accords, which were signed by the UAE and Bahrain in August 2020, marked a significant step in the relationship between Israel and neighboring Arab countries.

Asked about the economic effects in their countries, the ambassadors said the Covid-19 pandemic has delayed the impact of the agreement. However, they expressed optimism about the benefits to their countries after the pandemic subsides.

In an interview following the event, Glick added that the countries came together to create a “perfect storm of goodness” in which “every single country” in the agreement benefited economically.

“Everyone is going to be diversifying their economies going forward, looking at ways to unlock economic opportunities in technology, AI, FinTech, research,” Al Khalifa said. “When we look at what the Israelis have been able to do, especially in that kind of industry, we find that a lot can be learned. A lot can be achieved together.”

Al Otaiba and Al Khalifa also discussed the future of the Accords and expressed their hope that other countries will enter the deal.

“I think a lot of countries are, for very good reason, in wait-and-see mode, trying to figure out what happens now,” Al Otaiba said. “We have to prove that this works. We have to demonstrate that jobs were created, investment was created, that peace actually has brought some kind of value added to these relationships.”

“I think the involvement of the US is so vital, it’s important as we go forward,” Al Khalifa added. “I think that as time goes by, we will be seeing more and more collaborations across industry.”

Addressing the ongoing efforts to expand the Abraham Accords, Glick, who worked under the Trump administration, said the Biden administration has yet to elaborate on their approach to this issue. However, Glick cited past support for the agreement.

“There’s broad, broad bipartisan support for the Abraham Accords, I expect that will continue. I hope it continues soon,” Glick said.