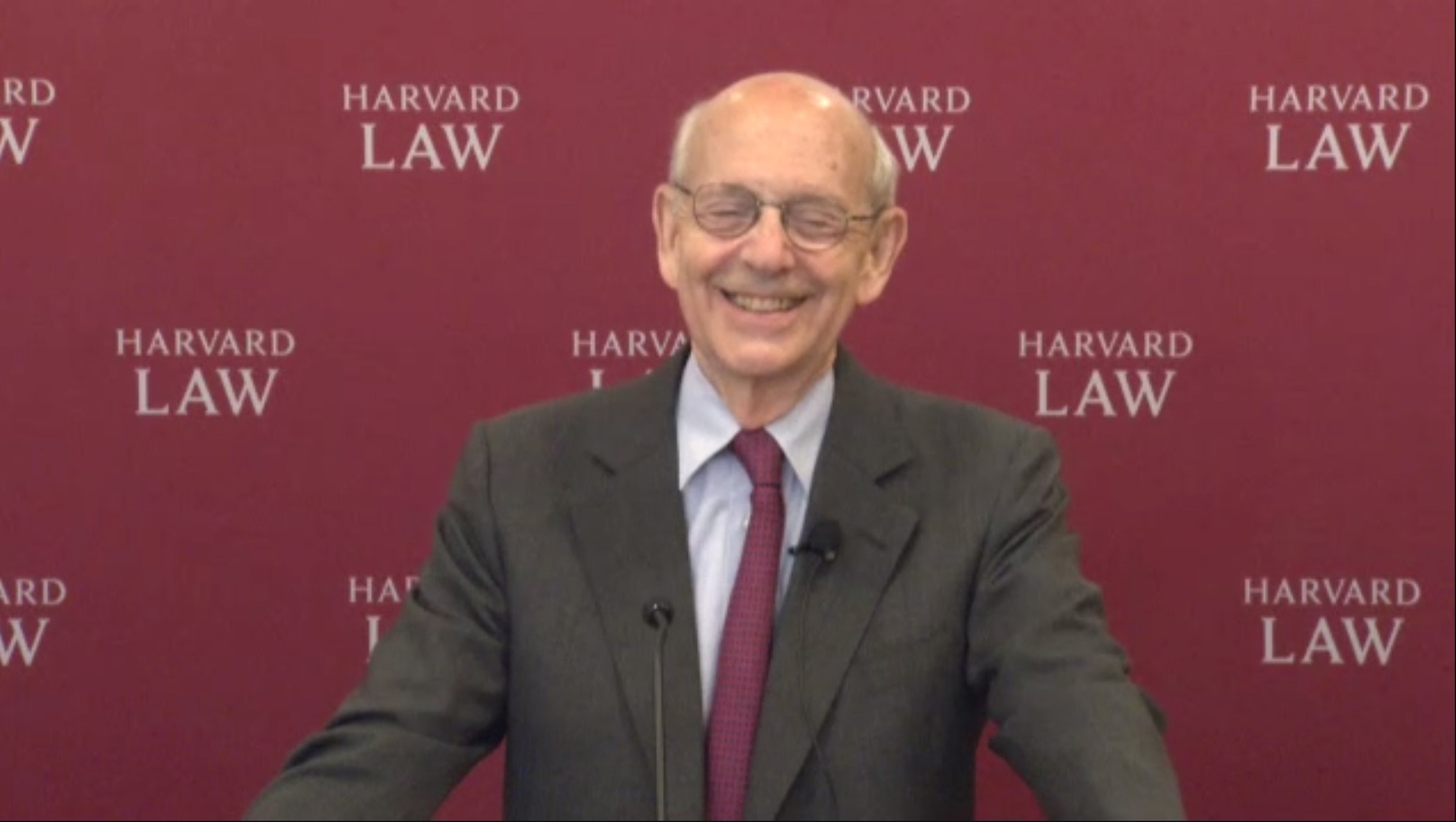 Associate Supreme Court Justice Stephen G. Breyer discussed the complexities at the intersection of the “authority of the court” and the “peril of politics” at the Law School’s annual Scalia Lecture on Tuesday.

John F. Manning ’82, Dean of the Law School and a former clerk of the late Supreme Court Justice Antonin G. Scalia, said during opening remarks the lecture is “personally very meaningful” to him and described Scalia as a “deeply influential justice” who brought about “new and productive conversations” about the law.

“He understood and respected the law with complexity,” Manning said. “I was always struck by the framed embroideries kept in chambers that said, ‘Nothing is easy,’ because he knew that nothing is easy. He loved debate, discussion and disagreement — he thought it was exhilarating, and it was how he learned.”

Breyer said through his lecture, he sought not only to provide historical context to the evolution of American law and the Supreme Court’s authority, but also to encourage individuals to think critically about how the law can be changed.

“What I’m trying to do is to make those whose initial instincts may favor important structural change or other similar institutional changes — such as forms of court-packing — think long and hard before they embody those changes in law,” he said.

Breyer also spoke about the various disagreements between justices relating to the interpretation of the law, which he argued are usually “not political in nature.”

“Different jurisprudential views lead to different results — nearly all judges use the same basic interpretive tools,” Breyer said. “They consider and they read the statute’s text, its history, look at the relevant legal traditions, precedents, purposes, values that underlie the words, and the relevant consequences.”

Various judges, Breyer said, may “give different weight” to one or several of these “interpretive tools.” He cited Scalia as an example of an individual who prioritized “text and precedent,” whereas others put more weight on “purpose and consequences.”

Breyer also argued the altered law would not always directly translate to reality, no matter how historic the court ruling. He cited Brown v. Board of Education as one such example.

“What happened in 1955? Nothing, or virtually nothing. What happened in 1956? Just about nothing again — Congress did nothing, the President didn’t do much, and the South complied only minimally with the court’s ruling,” he said.

Regarding politics, Breyer said justices' political views are more nuanced than simply with which political party they identify. He admitted, however, it was at times difficult to “separate what counts as the jurisprudential view.”

Despite a traditional understanding of Supreme Court justices as politically unbiased and impersonal, Breyer said it was only natural his personal history and identity influenced his decisions on the court.

“Of course it matters — I cannot jump out of my own skin. No one can,” Breyer said.