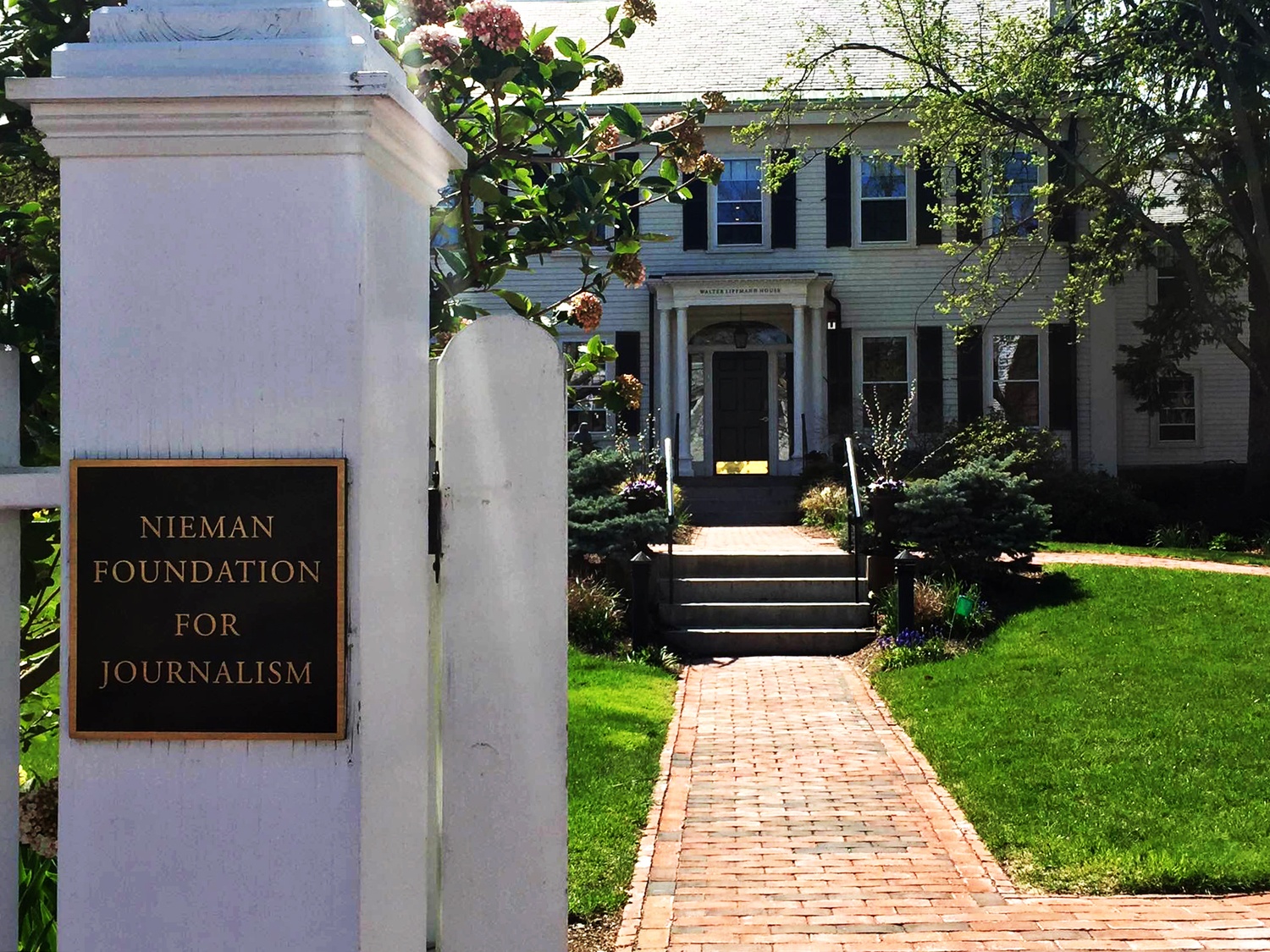 Joshua Benton — the founder and former director of the Nieman Lab within the Nieman Foundation for Journalism at Harvard — is accused in a lawsuit of 'doxxing' a Temple University journalism professor. By Sidni M. Frederick
By Alex M. Koller and Simon J. Levien, Crimson Staff Writers

A federal judge ruled last month that a defamation lawsuit filed against Harvard and the former director of Harvard’s Nieman Journalism Lab over tweets he posted in 2018 can proceed.

Francesca Viola, a former journalism professor at Temple University, filed the suit against then-Nieman Lab Director Joshua Benton and Harvard in March 2020. She alleged privacy intrusion and defamation after Benton used his administrative access to reveal that Viola was behind several anonymous comments posted to the Nieman Lab’s website, then posted the comments on Twitter with her name.

Sorokin wrote in his decision that Harvard is “vicariously liable” for Benton’s actions, given that he plausibly acted within the scope of his job at Nieman.

Still, Sorokin dismissed Viola’s allegation that Benton violated Harvard’s privacy policies, given that the policies she cited do not apply to the Nieman Lab’s website.

According to her complaint, Viola — under the display name “truthseeker” — posted a comment on May 4, 2018 in response to another commenter who criticized a Nieman Lab article published that day titled “People Who Are Delusional, Dogmatic, or Religious Fundamentalists Are More Likely to Believe Fake News.”

“I am a journalism professor at a major east coast university and I completely agree with you. I follow Nieman but this is an article designed to insinuate that 1) Trump supporters who happen to be religious are delusional 2) conservative media that don’t tout the democrat party talking points are disseminating ‘fake news.’ I will no longer use Nieman as a source,” Viola’s comment on the Nieman Lab website reads.

Later that day, Benton published a chain of tweets on his personal account displaying comments posted by the “truthseeker” account and attributing them to Viola. The comments included her response on the May 4 Nieman Lab article as well as additional posts on other publications’ sites authored by “truthseeker.”

“I think that this attitude — permanently rejecting a news source because it accurately reports something you don’t like — is exactly what you want in a journalism professor, yes? Also, spell our name right, Francesca Viola of Temple University,” Benton wrote in the first of his tweets, all of which remain public.

At the end of his thread, Benton tagged the Twitter accounts of Viola’s employers and colleagues.

Viola’s complaint states Benton had the ability to view email addresses of commenters on the Nieman Lab website and wrongfully used this access to identify Viola, her employer and colleagues, and previous comments posted under the “truthseeker” name.

Viola alleged that Benton’s disclosure of her identity violated Harvard’s privacy policies, and that his actions constituted defamation.

According to her suit, initially filed in Pennsylvania and later transferred to the U.S. District Court of Massachusetts, Viola lost her job at Temple and experienced “severe emotional distress for which she has sought counseling” after Benton’s tweets drew significant attention from the media and colleagues critical of her comments.

On May 9, 2018, Benton issued an apology on Twitter for sharing Viola’s identity, workplace, and comments without first reaching out to her.

“By revealing such details without making an effort to contact her and seek confirmation and explanation, and otherwise adhere to rigorous reporting methods, the tweets did not meet Nieman’s journalistic standards. I apologize and regret my error in judgment,” Benton wrote.

Sorokin also wrote in his ruling last month that Viola “plausibly alleged that Benton may have been negligent in his failure to verify that she was the author of the truthseeker comments,” allowing libel and defamation counts to proceed.

On another website that uses the same third-party comment-managing service the Nieman Lab uses, the user “truthseeker” posted a comment on an article, which referenced Muslims praying for Ramadan, stating: “Scum. Deport them. They hate us. Get rid of them.”

Benton included that tweet in his thread, referring to her as its author, but Viola denied in the suit that she wrote this comment.

Viola acknowledged her authorship of other comments by “truthseeker” in Benton’s tweet thread, however, including one promoting a conspiracy theory accusing the Democratic National Committee of murder and another falsely claiming that Donald Trump won the popular vote in the 2016 presidential election “because of some illegal votes cast [for Hillary Clinton] in California.”