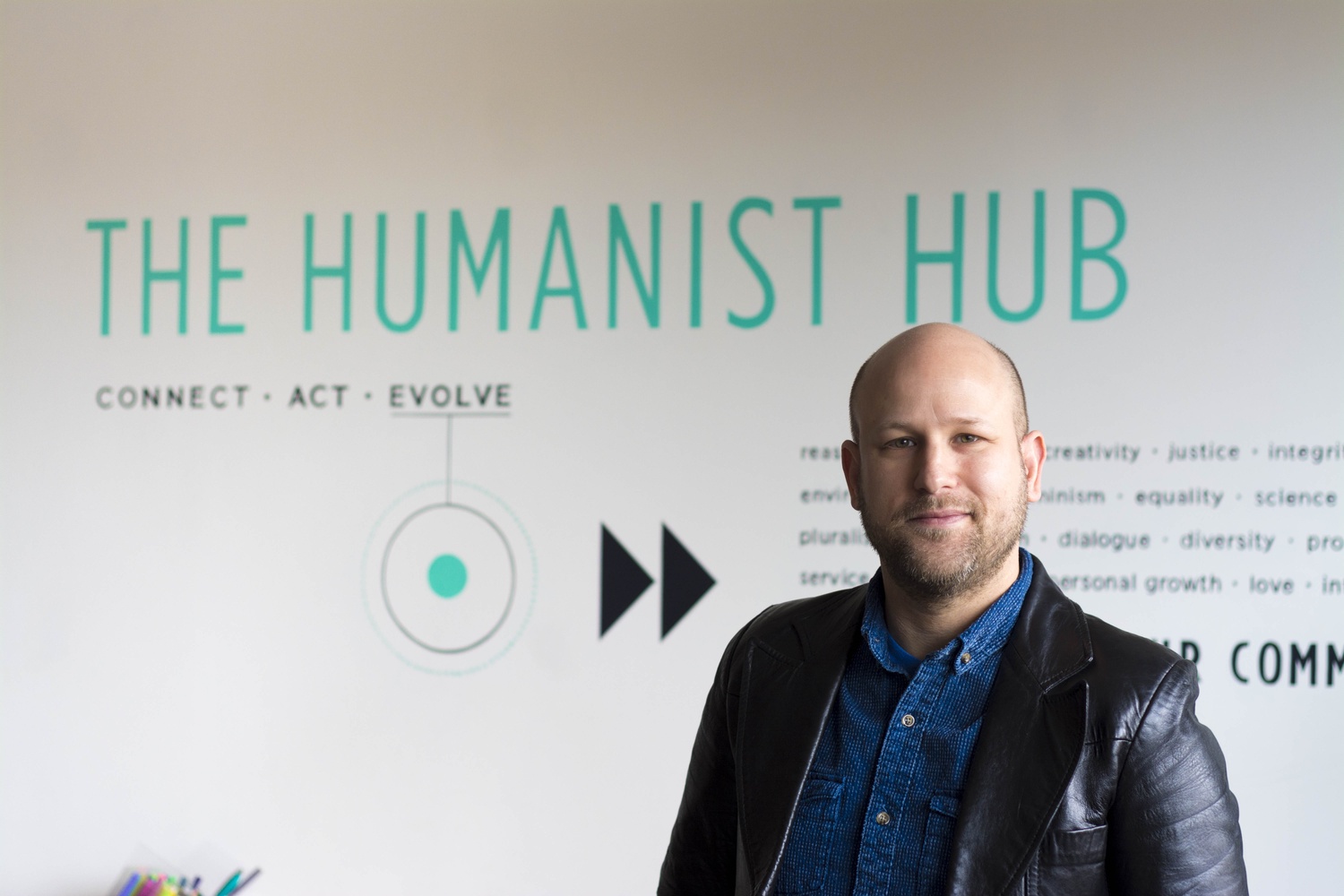 Humanist Chaplain Greg M. Epstein will serve as the president of the Organization of Harvard University Chaplains after being selected by more than 30 other chaplains of different faiths.

As president, Epstein will act as the coordinator and intermediary with the Harvard administration for the various religious groups on campus. He will join a lineage of Rabbis, Lutheran ministers, Evangelicals, Catholic priests, and a host of leaders from other faiths.

Humanism is a philosophy that centers around the goodness of humanity, rather than divinity; humanists do not believe in a god. Epstein has served as Harvard’s Humanist Chaplain since 2005.

A small nominating committee of chaplains across the University decides which of the Harvard University chaplains will be put forth for election. Committee members speak to potential candidates to ask for their consent to be involved in the selection process, and if the nominee agrees to stand for election, their name is presented to the wider group of chaplains for a verbal vote.

Epstein was elected unanimously by his peers.

In an interview, Epstein said his role as president will not entail dictating the beliefs or teachings of other chaplains and faith leaders. Instead, he said he plans to collaborate closely with other religious groups by holding meaningful interfaith discussions and coming to a consensus on important campus issues.

“As president, my job is really to point out the incredible vibrancy of all the programs that my fellow chaplains are engaging in,” he said.

He added that he will take on a facilitatory and managerial role through chairing monthly plenary meetings and performing other administrative tasks. Under his leadership, religious groups will continue to operate in a decentralized way.

“There’s just so much great work that goes on in any given year with all these different religious and spiritual and ethical communities, where each of the communities is very much independent and does not rely on any other community or on any official like myself,” Epstein said.

The plurality of the Harvard chaplaincy can be fruitful for campus life, he added.

“It’s really amazing that Harvard has this resource of all of these different chaplains providing life and inspiration from all these different perspectives,” Epstein said.

Senior Catholic Chaplain William T. Kelly said the election process benefits from the many different backgrounds and perspectives represented in the chaplaincy.

“There is, in general, a real respect for one another. We all recognize that we really are attending to something very important to the lives of the University,” Kelly said. “We do help one another to do that well.”

Kelly said the chaplains mainly choose a president who is “willing to put in the time” for the administrative position and said he believes Epstein is “very capable in his field.”

In response to recent media coverage on Epstein’s election, which has largely focused on Epstein’s humanist philosophy, the Harvard Catholic Chaplains released a statement emphasizing the administrative nature of the presidency.

Kelly said he believes some media outlets have provided a “sensational” approach to covering Epstein.

“In the secular press and some of the newspapers, I think there’s been a misinterpretation,” Kelly said. “I don’t think it has adequately been corrected that the role of the president does not have a determining factor on the direction of what the Harvard chaplaincy does.”

“I think it’s been given a kind of sensational sense. You put the words ‘Harvard’ and ‘chaplain’ in the same sentence: it’s going to get people’s attention,” he added.

During his tenure, Epstein said he is looking forward to working with the other chaplains to concretize the priorities of religious groups at the University to address the lasting impacts of the pandemic on Harvard affiliates.

“What I’m focused on is just ensuring that all of these different groups from all of their different perspectives have support from me and have a good opportunity to support each other,” Epstein said.