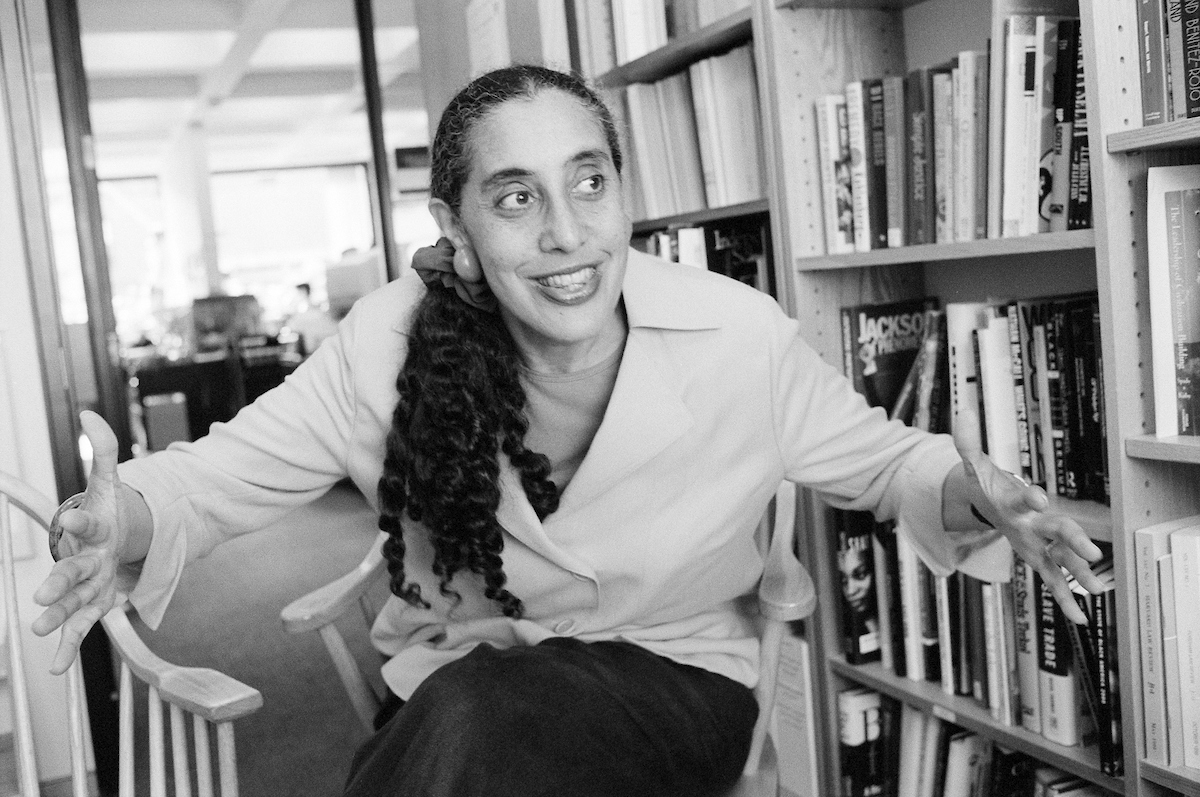 In 1962, twelve-year-old Lani C. Guinier ’71 witnessed history in the making. While watching television, she was transfixed by lawyer Constance Baker Motley escorting James H. Meredith, the first Black student at the University of Mississippi, through a crowd of belligerent white demonstrators.

She rose to become the first tenured woman of color at Harvard Law School and continued to admire Motley throughout her career.

Guinier died last Friday at age 71 following a long battle with Alzheimer’s disease. Throughout her law career, she was widely regarded for her trailblazing scholarship in voting rights and racial equity.

Born in New York City in 1950 to civil rights activists Eugenia “Genii” Paprin and Ewart G. Guinier, Lani Guinier grew up exposed to justice-focused advocacy. Her father was one of only two Black students admitted to Harvard College in 1929, but left the school prematurely due to racism and discrimination he faced on campus.

“In the back of my mind, I always wanted to be a civil rights lawyer,” Lani Guinier said in 2005. “But when I was a senior in high school, my most important focus was that I had to go to Harvard because I had to vindicate my father’s experience of not being able to finish,” she said.

After graduating from Radcliffe College in 1971, Guinier attended Yale Law School, where she earned her law degree in 1974. She went on to clerk for U.S. District Court Chief Judge Damon J. Keith in Michigan.

In 1993, Guinier was thrust into the public eye when President Bill Clinton nominated her as assistant attorney general for civil rights. The pick drew the ire of Republicans and some Democrats due to her views on voting rights and affirmative action.

“Much of it had little to do with the substance of her ideas,” Brown-Nagin said.

Clinton withdrew Guinier’s nomination in June 1993, denouncing some of her more controversial views as “anti-democratic.”

But many of Guinier’s views have now been adopted as mainstream within the Democratic party. 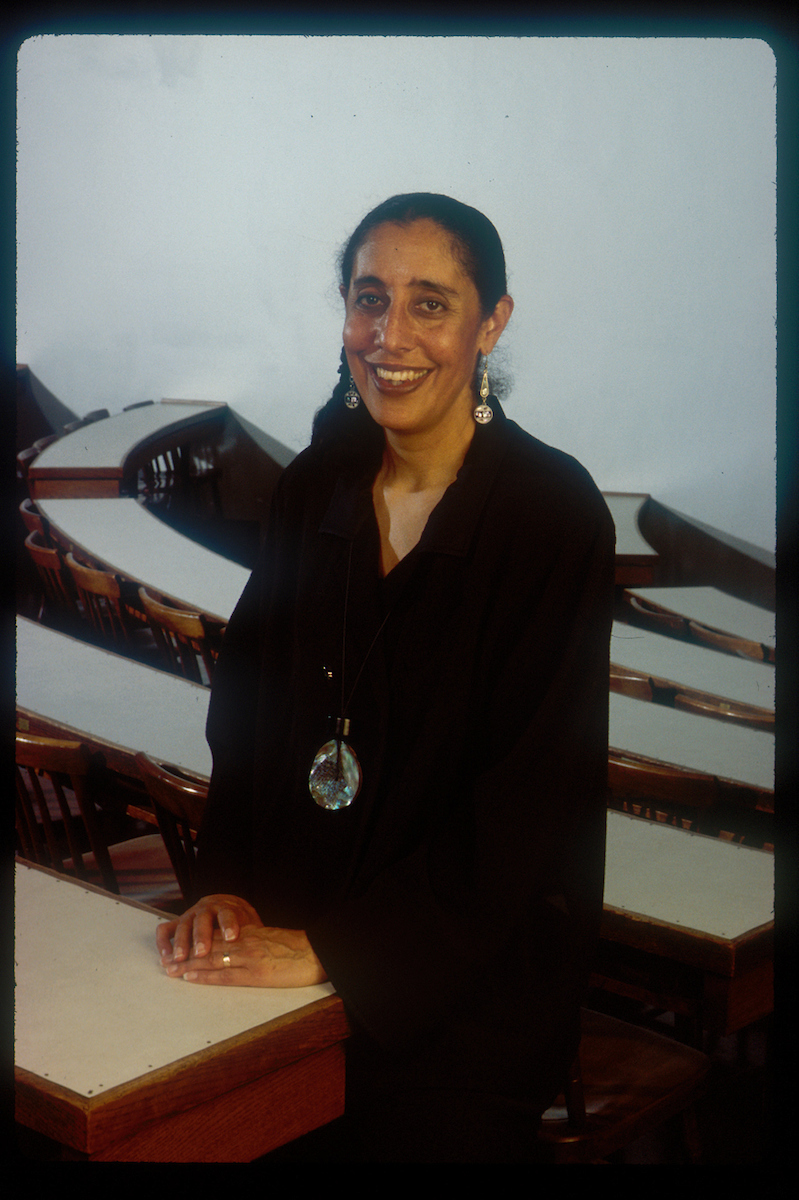 “She had great foresight,” Brown-Nagin said. “She was — on many of these issues — ahead of her time, and it meant she came in for criticism from many quarters, and yet, she has been proved, I believe, right in many instances, including her ideas about ensuring opportunity.”

“That is just what I would expect of Lani — turning, as she said, a setback into a new way of thinking about how to speak to people about justice and equity,” Brown-Nagin said.

After her nomination was rescinded, Guinier returned to teaching, reshaping her legacy to one defined by scholarship, advocacy, and civil rights leadership. She authored pioneering research on educational and occupational implicit bias and published a groundbreaking commentary on the concept of merit in higher education, entitled “The Tyranny of the Meritocracy.”

In 1993, Guinier received her first invitation to teach at Harvard Law School. But she believed she wasn’t ready to join the Law School faculty at that point. The school’s first tenured Black professor, Derrick A. Bell Jr., had just resigned in protest of the absence of any female minority faculty members.

“The school was embroiled in controversy about faculty hiring,” Guinier said in 1999. “I was loath to walk into the middle of it.”

She eventually accepted an appointment at the Law School in 1998. Since then, her family has established deep roots at Harvard. Guinier’s husband, Nolan A. Bowie, taught communications and information policy at the Harvard Kennedy School and their son, Nikolas E. Bowie, is an assistant professor at the HLS.

Both Guinier and her son were awarded the Law School’s Sacks-Freund Award for Teaching Excellence, winning the recognition two decades apart.

During her tenure at Harvard Law School, Guinier focused on providing support for women in the legal profession.

“I believe that Lani cared about ensuring that the next generation of students or of legal academics stood for principles that she believed in,” Brown-Nagin said. “She spoke to people who were different from her — ideologically, in terms of race and gender, and status in life — and those are just all good ways to be and lessons to hand down to the many people who looked up to her.”

In an email to students and faculty on Nov. 7, Law School Dean John F. Manning ’82 wrote that Guinier’s displays of courage, integrity, and compassion will continue to inspire all who come to know her legacy.

“Lani Guinier was a giant — a historic figure in American law and in the life of our Law School,” Manning wrote. “She was at the forefront of illuminating how to diversify and improve classrooms and the profession by deepening our understanding of the dynamics of race and gender.”

As of 2021, a quarter of the Law School’s tenure-track faculty and five percent of its tenured faculty consist of underrepresented minority women. Today, the decades-long push to diversify the school’s faculty has expanded to include calls for more diverse course offerings.

Guinier is survived by her husband, son, sisters, stepdaughter, granddaughter, and cousin.

“I miss my mom so much,” Nikolas Bowie tweeted the day of Guinier’s death. “But I am overwhelmed with joy to hear how many others she inspired, mentored, and organized to fight for a genuinely just democracy. May we all strive to be as successful as she was.”

Guinier’s cousin, Sherrie L. Russell-Brown, wrote in an email that she hopes the professor’s career will inspire the “Lani Guinier’s of the future.”

“As much as I am feeling her loss deeply, I am also heartened that Professor Guinier's brilliant light will continue to shine through the many she touched, her family, friends, colleagues and most especially her former students," Russell-Brown wrote.