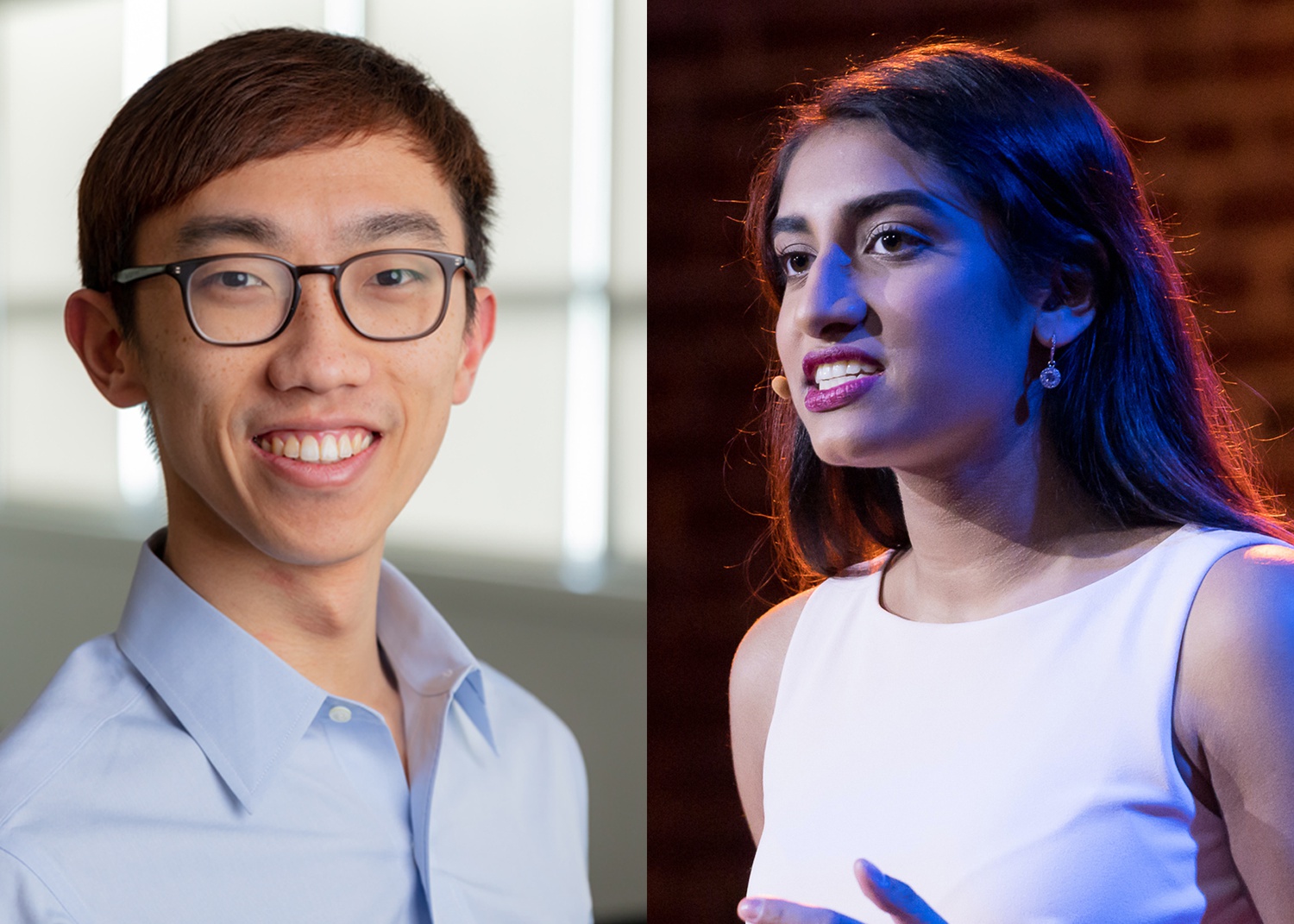 “Churchill is a life changing opportunity for my scientific trajectory,” Sumathipala wrote in an email.

Sumathipala, a Neuroscience concentrator, said she became interested in her field of study at a young age. She began conducting at-home experiments in her home at 13, and by 16, she landed a research position at a lab in her home state of Virginia, where she studied how fruit flies make behavioral decisions.

At Harvard, she continued doing research, working at Harvard Medical School’s McCarroll Lab to study how neurons communicate at synapses in the human brain.

Sumathipala said she grew up dreaming of becoming a professional figure skater, but was forced to give up Olympic dreams after suffering a severe concussion during her sophomore year of high school.

“I spent years in recovery, struggling with dizziness, memory loss, and fatigue,” she wrote.

But her experience recovering from the head injury led her to science, she said.

“Through my own experiences, and those of the patients I met in waiting rooms and support groups, I realized how little modern medicine had to offer for those struggling with brain injury and disease,” she said.

For her master’s project, Sumathipala plans to work on a specialized technique to grow human brains from patients suffering from severe neurological diseases by reprogramming skin cells to stem cells and then growing the brains in a dish.

Diao, a third-year medical student in the Harvard-MIT Program in Health Sciences and Technology, is a Texas native who attended Yale as an undergraduate. He has published an array of research, including in the New England Journal of Medicine and JAMA.

Among other studies, Diao’s research on the use of race in kidney function tests led to changes in national recommendations for diagnosis standards.

“I think what was really interesting for me was that the work didn’t just end with a result and a publication, but rather, necessitated more work beyond that to bring together different stakeholders to make a difference in this space,” he said.

As a Kanders Churchill scholar, Diao plans to pursue a master’s degree in public policy.

A previous version of this article incorrectly stated James A. Diao's research was published in Nature and Science. In fact, those publications featured news stories about his work.

—Rohan Rajeev can be reached at rohan.rajeev@thecrimson.com.