An EdTech Company Bought edX from Harvard and MIT for $800 Million. Its Stock Price Has Plummeted Since. 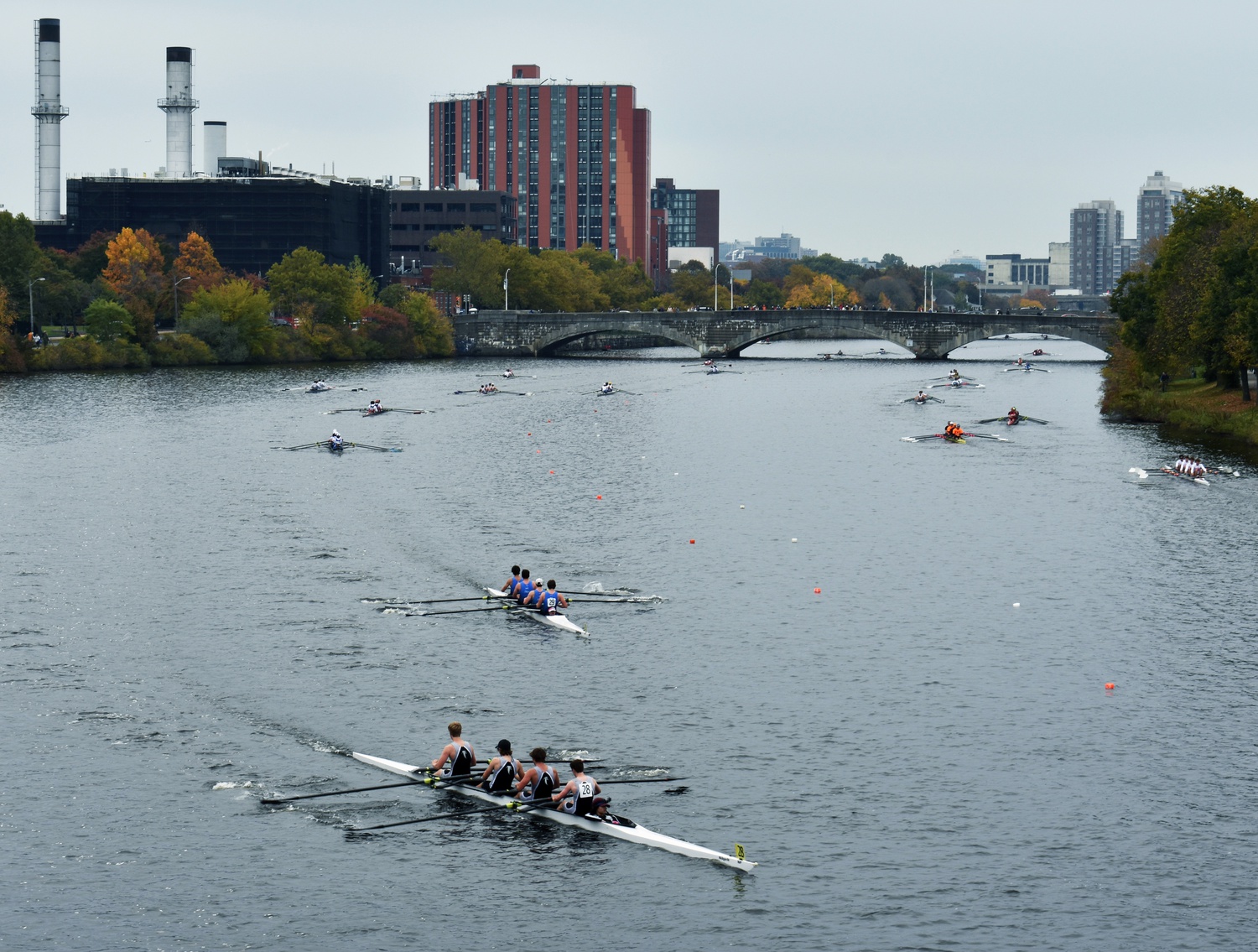 Teams from all around the world compete every year in the Head of the Charles, the largest rowing competition in the world. By Christopher S. Li
By Mairead B. Baker, Crimson Staff Writer

Last weekend, hundreds of thousands of spectators flocked to the Charles River to watch collegiate, club, and international rowers take part in the historic Head of the Charles Regatta. The race started near the Boston University Boathouse, running three miles upstream past Harvard’s campus. This year, the river was packed with vendors and volunteers, bringing an even greater density of visitors to the Square for this exciting three-day event.

With the Regatta being tied to Harvard throughout its 55-year historical tradition, all four Crimson rowing teams opened their seasons at this regatta. Different Harvard boats won big at home, taking gold and silver medals back to their boathouses.

Set to race a Championship Double, two Lightweight Fours, and one Lightweight Eight, the Radcliffe lightweights performed exceptionally well for their opening races of the year.

Although the Championship Double boat placed fourteenth, the other two races were rather exciting for the Black and White.

The Lightweights had two boats in the twelve-team Fours race. One boat took eleventh place and the other took fifth with a time of 18:22.710, just 15.785 seconds behind the winners, British Columbia.

The crown jewel for the Radcliffe lightweights was the Lightweight Eights race, in which they took home the gold medal. Rowing with familiar competitors Princeton, Boston University, and Georgetown, Harvard edged out the Tigers by just 1.559 seconds to take first place.

The Women’s lightweights will next head down to Lake Carnegie in Princeton, N.J. for the Princeton Chase on Sunday, Nov. 7. 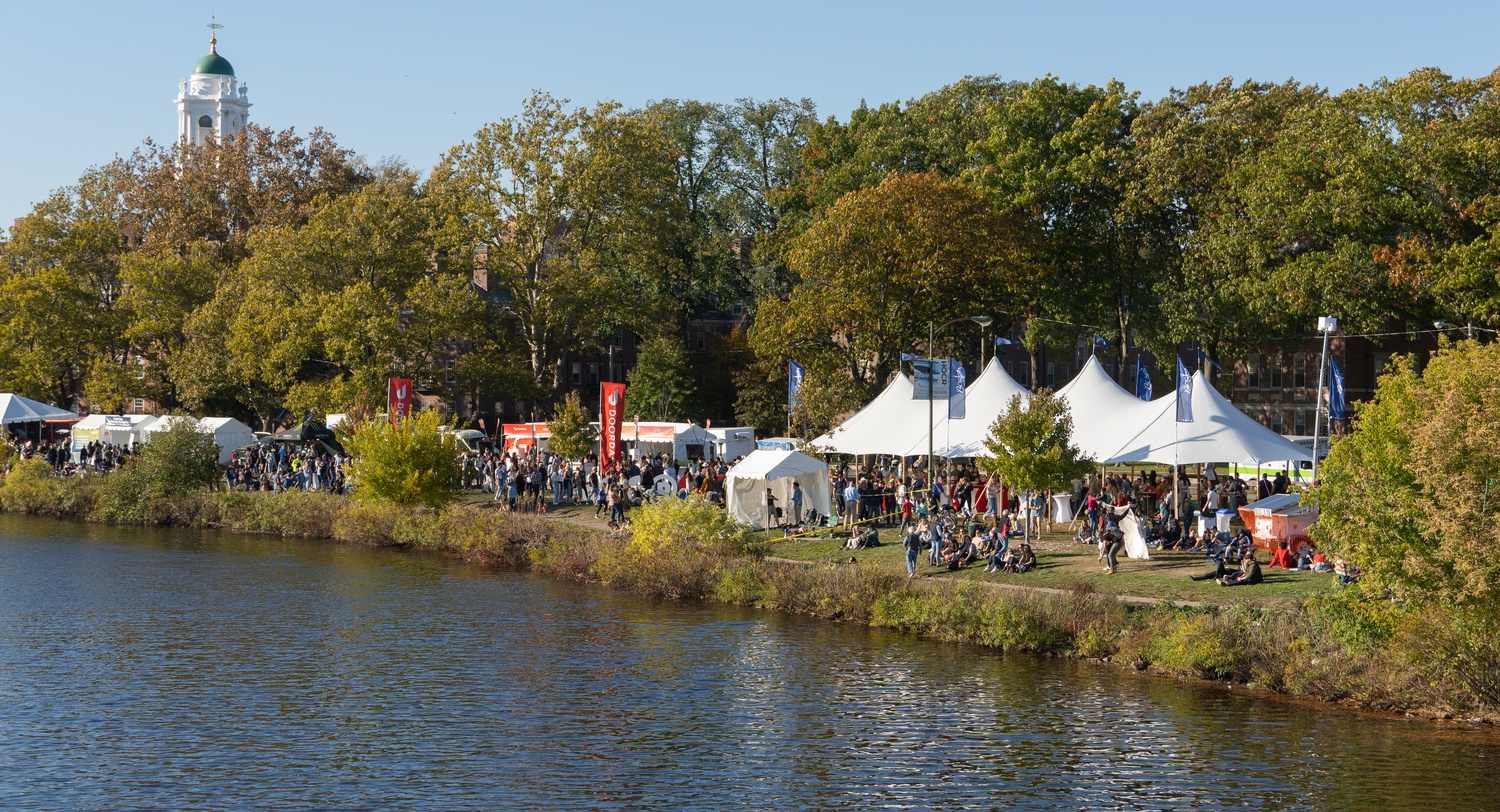 A large contingent of spectators – consisting of Harvard students, tourists, and rowing fanatics – line the banks of the Charles River during the 2022 Head of the Charles Regatta on Saturday. By Angela Dela Cruz
Advertisement

Despite placing towards the bottom for the Championship races, the heavyweights placed near the top for the Club Four and Club Eight.

In the Club Four, the Harvard boat took an impressive fourth place among over 50 boats with a time of 18:31.757, trailing Georgetown and Boston University, with Vesta Rowing Club of London, England crossing the line first.

In the Club Eight race, the heavyweights earned the silver medal in a race of 40 boats. The Crimson recorded a time of 16:30.348, just 2.372 seconds slower than first-place Drexel.

Next, the Radcliffe heavyweights will row in the Foot of the Charles to close out their fall season on Saturday, Nov. 12.

One Harvard squad claimed first place in the Lightweight Eight race. Its winning time of 13:59.587 was enough to top Princeton and Yale, as well as Georgetown. The other Harvard boat in the race put up a respectable 15:13.991 finish, taking thirteenth place among the fifteen boats.

This gold medal-winning finish for the Harvard lightweights was an exciting beginning to a much longer journey, which will continue at the Foot of the Charles next Saturday before picking back up in warmer waters next spring. 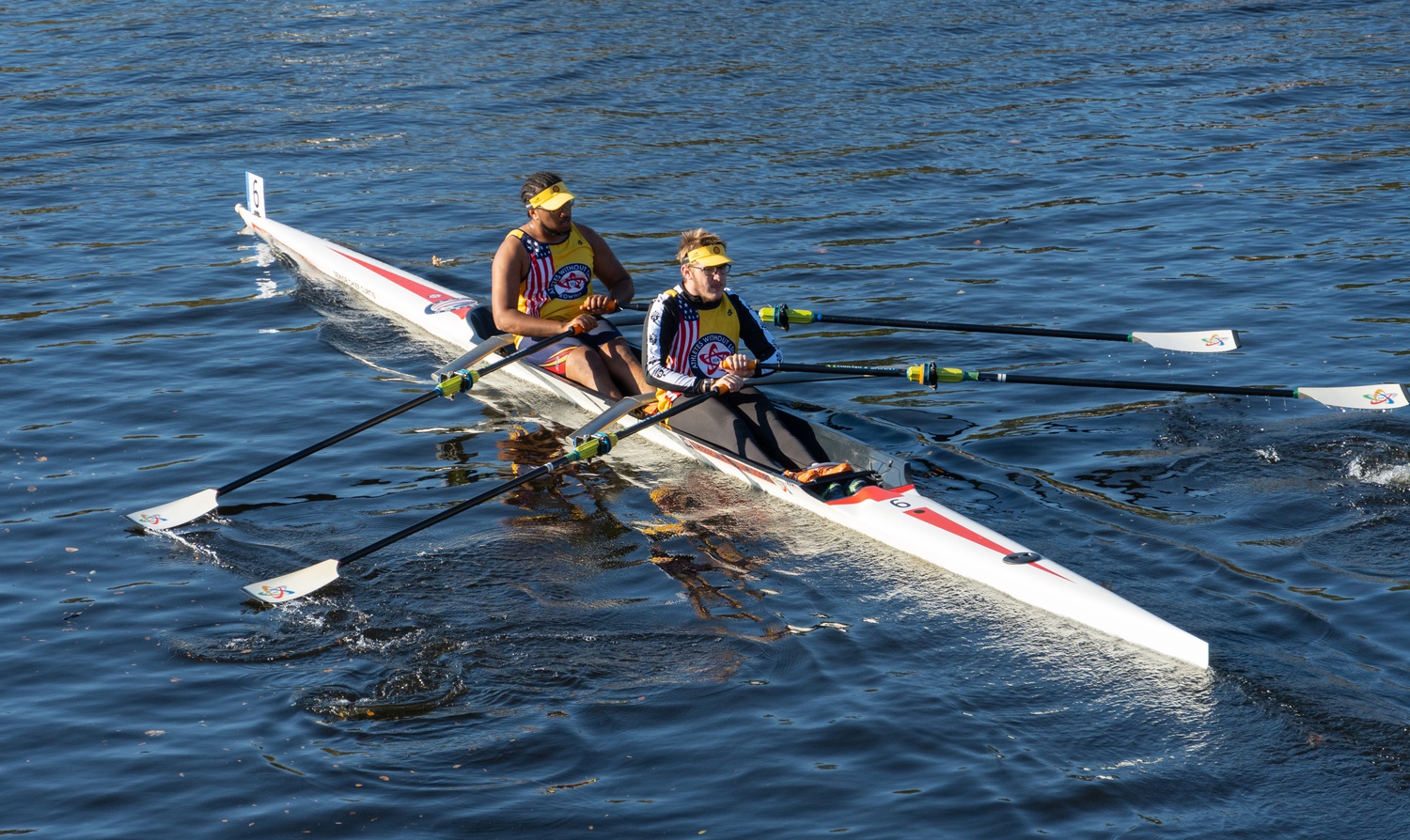 A duo from the club squad Athletes Without Limits Rowing competes in the 2022 Head of the Charles Regatta. There were no Harvard boats competing in either the lightweight or heavyweight Men's Club Two races. By Angela Dela Cruz

This year, the Harvard heavyweights took part in a special fundraising event during the Head of the Charles Regatta. The team rowed to fundraise for the Robert Connor Dawes Foundation and the Red Sox Foundation, raising just under $7,000.

The Robert Connor Dawes Foundation supports research, care, and development in the field of pediatric brain cancer. Meanwhile, the Red Sox Foundation, the official charity of the Boston Red Sox, works to support local youth, families, Veterans, and communities in terms of health, education, and recreation.

The Crimson took home a gold medal in the Club Eight race in its mission to fundraise for these two foundations. Harvard posted a swift 14:20.881, nearly seven seconds faster than second-place finisher Brown. Just behind the first-place Crimson rowers was another Harvard boat, which came fourth in 14:36.466. Nearly all of the top five places in the Club Eight race were from the Ivy League besides the third-place finishers, Cambridge locals Riverside Boat Club.

Two Harvard boats competed in the Club Four race, taking 18th and 23rd place among over 45 boats. Harvard also had two boats in the Championship Eight, placing fourth and tenth in the 25-boat race.

The heavies will close their fall season at the Foot of the Charles on Saturday, Nov. 12.