Baseball Wins One of Three in Opening Series at No. 24 Univ. of Miami 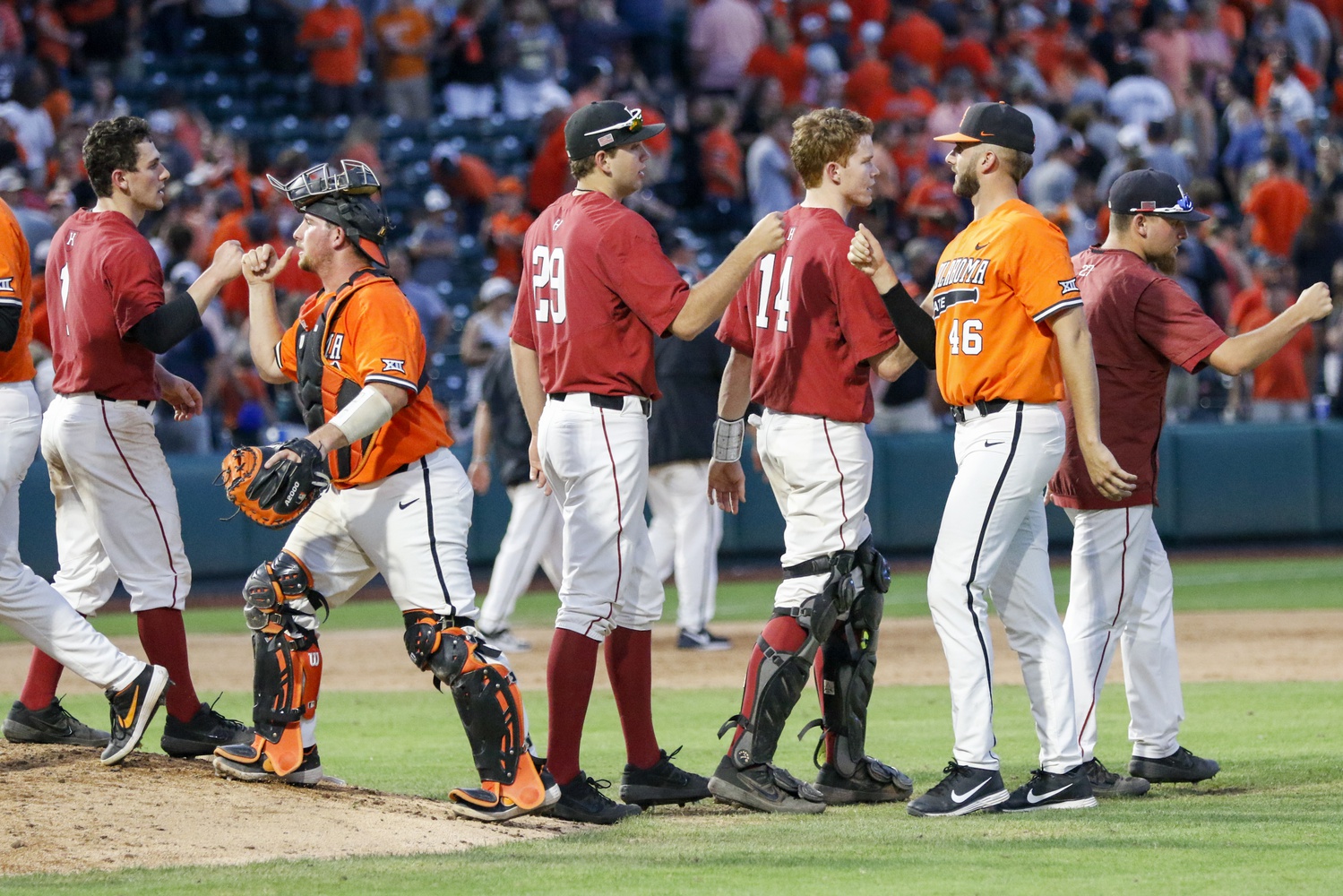 The Crimson’s last full season (2019) ended in the NCAA Tourney with losses to Okla. State and UConn. Harvard will defend its 2019 Ivy crown for the first time in 2022. By Timothy R. O'Meara
By Bridget T. Sands, Crimson Staff Writer

For its season-opening series, the Harvard baseball team was spoiled with sun and warm weather as it took on No. 24 University of Miami on the road.

“It was good. Long overdue, you know, I think the guys obviously trained pretty hard,” proclaimed head coach Bill Decker on the team retaking the field for its first game in 720 days. “It was just good, good to be able to fuel them together again, good to be in the same dugout again, you know, good to be in sunshine.”

“It's been so long. It's just like, you go to play the summer league ball and you're playing with a bunch of guys you don't know and it's meaningless games,” added junior catcher Zach Brown, emphasizing the importance of team chemistry. “Having been out there with like all the guys who — we've all gotten really close — you know, this year and last year, all the new guys just meant a lot to go and win the first game and be back out there.”

The storm the team faced got worse with time, though, as Harvard dominated the first game Friday 11-6 before dropping the other two to the Hurricanes, losing 1-2, and 0-10, respectively.

In the series finale on Sunday afternoon, the Crimson fell behind early to Miami and could never make up the deficit, losing 10-0. Harvard started senior right-handed pitcher Jaren Zinn. Zinn gave up four runs in the bottom of the first, three coming from a home-run by Miami’s Jacob Burke, as well as four in the bottom of the second, after a combination of a player being hit by a pitch, a wild pitch, infield error, and a couple of singles. Zinn was pulled from the game before recording an out in the second, and was charged with seven earned runs.

After junior utility man and righty Pryor Thomas relieved Zinn, he posted a scoreless outing. The combination of relief following Thomas of sophomore RHP Porter Jordheim, senior RHP Jack Mahala, and junior RHP Will Jacobsen only gave up three hits and two runs in the remaining six frames. The runs were two solo homers by CJ Kayfus off Porter in the third, and Carlos Perez off Jacobsen in the 6th.

The offensive could not get anything going, though, as Harvard only recorded three hits in the entire game. They were dispersed among their nine half-innings, and at no point in the game did the Crimson have more than two baserunners.

Coming off its unexpected win Friday, the Crimson attempted to continue its momentum Saturday before ultimately falling short. Junior left-handed pitcher Tim Williamson got the start, tossing three frames. He earned only one run, giving it up in the bottom of the first, as Miami’s Mike Rosario hit a sacrifice grounder to first, sending Kayfus home after his leadoff triple.

Sophomore infielder Chris Snopek evened the score for Harvard in the top of the fourth, launching his first collegiate home run off the Hurricanes’ Carson Palmquist.

First-year RHP Sean Matson came in to relieve Williamson in the latter half of the fourth. In his collegiate debut, Matson pitched four full innings, struck out six, walked two, allowed two hits and was charged with one earned run. The run was a result of a Yohandu Morales leadoff triple in the fifth, followed by a Maxwell Romero RBI double. This would ultimately become the edging run as both sides pitched clean boxes for the remainder of the game.

The Crimson returned to its first collegiate competition since 2020 in great force. Entering the series as underdogs to No. 24 Miami, who were on a five-game winning streak, Harvard brought Florida a storm of its own in the series’ first game.

Only four of the Crimson’s starters had previous NCAA experience: junior catcher Zach Brown, junior third baseman Will Jacobsen, junior first baseman Logan Bravo, and junior center fielder Hunter Baldwin. The remaining six starters, as well as the other three pitchers to enter the game, all made their collegiate debuts.

Junior right-handed pitcher Adam Stone started for Harvard, going four innings in 74 pitches and giving up two earned runs. Stone is a highly ranked MLB-prospect, his name gaining traction in talks of the upcoming MLB draft. Although he gave up two runs in the bottom of the first, Stone’s teammates quickly retaliated, scoring three in the top of the third and two in the fourth.

First-year RHP Tanner Smith came in to replace Stone in the bottom of the fifth, in which the Hurricanes evened the score. They then went up by one after Edgardo Villegas scored in the sixth off of a wild pitch by Smith. However, the Crimson demonstrated resilience. It took the lead again in the top of the seventh with a two-run homer by Brown, and added four more in the top of the eighth, after a series of walks, wild pitches and a balk.

“At that point, you know, we had just gone down one run. And I was down in that count and ended up coming through and I think that was just like a big breakthrough moment for us. That kind of turned the game around,” Brown said of his moonshot.

The highlight of the game would come on the very last play. Baldwin made a diving catch in centerfield with Miami’s Romero in scoring position for the third out of the bottom of the ninth. The play would lead the junior to be featured in the weekend edition of SportsCenter, as the number nine spot in the Top Ten Plays segment.

“Obviously, you know, they put up a two-spot in the first inning, we responded, and I think that's the thing I liked about this club. They responded. You know, we had a tough fifth inning, but they responded again, you know, within the seventh and eighth, and it kind of extended it a little bit,” commented Decker on his team’s resilience. “So it was a great win Friday night, you know, it's just — it's awesome.”

The Crimson finds itself on the road again in Houston, Texas, this upcoming weekend for a four-game series against Rice University. The Harvard squad will play under the Friday lights at 7:30 p.m., returning Saturday for two seven-inning double header games, at 2 p.m. and 5 p.m. The Sunday finale matinee is at 1 p.m.