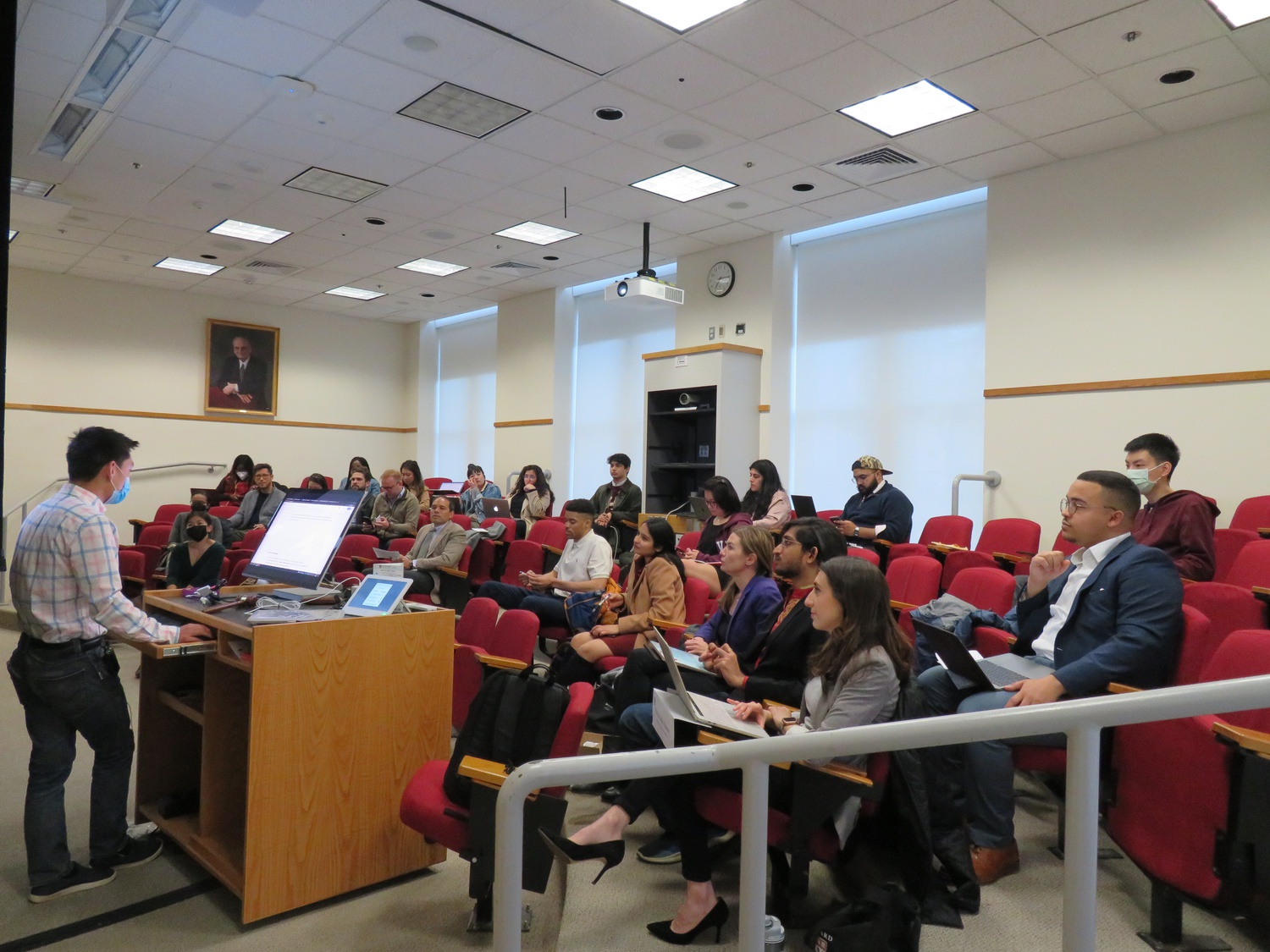 The Harvard Graduate Council elected Carlos A. Gonzalez Sierra, a joint-degree student at the Harvard Kennedy School and Harvard Law School, as its new president on Monday.

Gonzalez Sierra, currently a third-year in the joint J.D. and masters in public policy program, said he believes he will be the first Latinx president of the Council. Harvard Divinity School student Mayank D. Kumar will serve as vice president of the body.

Gonzalez Sierra edged out one opponent, community engagement chair and Graduate School of Arts and Sciences student Landon A. Fortenberry. The vote tallies were not made public.

“The overarching goal is to make HGC a more effective body, and I will focus on three areas: one, supporting student-driven advocacy initiatives; two, fostering inter-school collaborations and connections; and three, strengthening the internal operations of HGC,” Gonzalez Sierra said.

In his candidate speech, Kumar, the incoming VP, said he has “the right attitudes and skills to thrive in” the position.

“I am going to assist the activities of the council with humility, integrity, safety, and focus on really listening to the body and students, and doing the best I can to advocate for students,” he said.

The Council voted on six other positions, but only some were filled. Three positions — operations chair, governance chair, and information chair — will remain vacant until the fall, when Council representatives will vote in another election.

Harvard Extension School student Mir Jahanzeb “M.J.” Mehdi, who joined the meeting via Zoom, was elected as the body’s finance chair after originally running for four positions. Mehdi and Anthony J. Donahue both ran for chair of governance, but neither was elected to the role.

Gonzalez Sierra said he is “very confident” the empty positions will be filled in the fall.

“Since we didn’t fill them now, they will just be open then and we will actually have new people — new blood — coming in from the different graduate schools, so I expect to have a wide variety and a very diverse board coming in,” he said.

Prabhroop K. Chawla, a student at the Divinity School, was elected as co-chair of programming after running against Extension School student Ambria K. Jones, who was subsequently voted as the next co-chair of student well-being. The Council will elect the remaining co-chair positions in the fall.

“He’s phenomenal and he’s smart — he’s engaged, he’s always been there, and super dependable,” Choi said. “Can’t be more thankful, and can’t be more excited that he’s taking this on.”