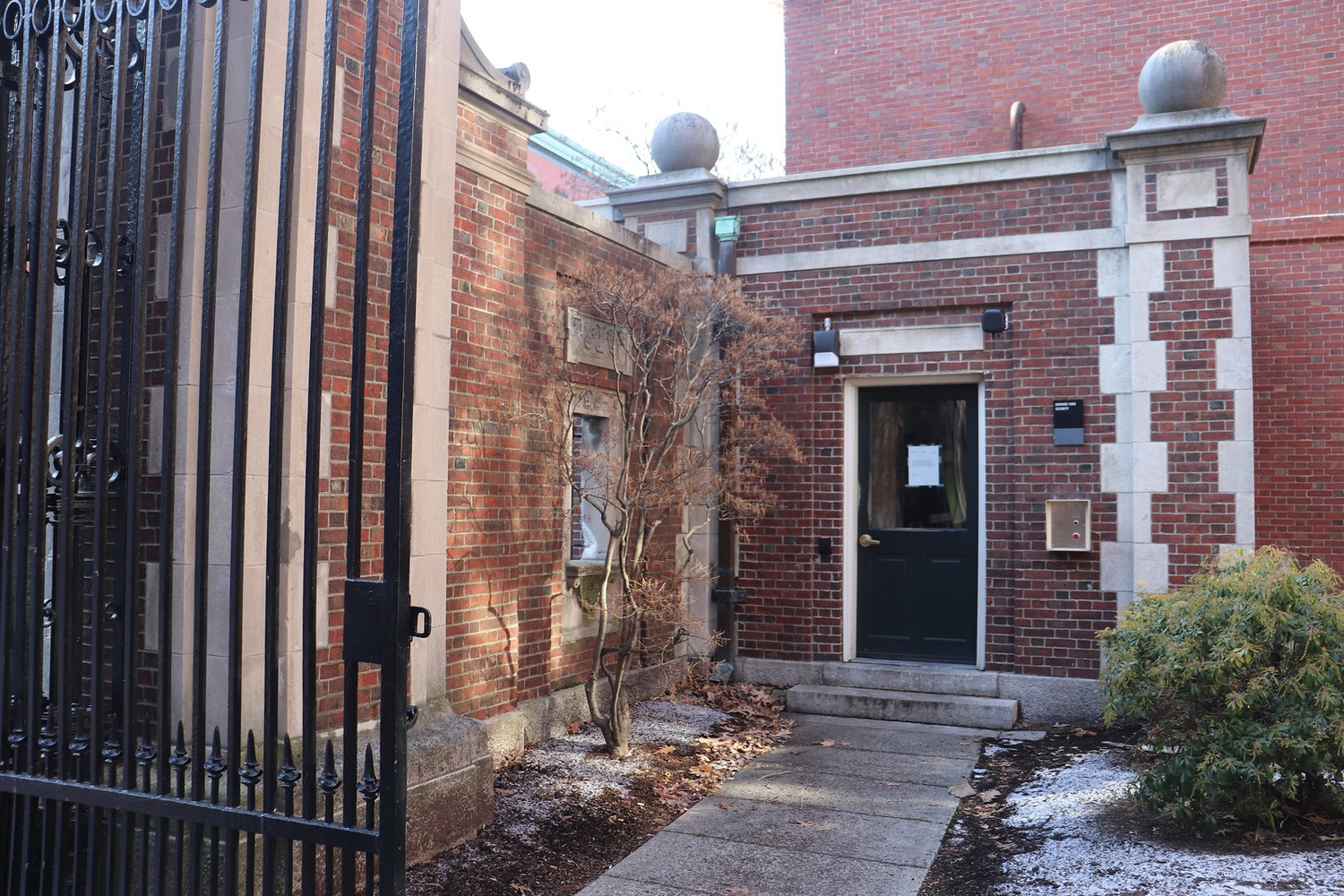 A security booth is located beside Morgan Gate, one of the entrances to Harvard Yard along Massachusetts Avenue. By Truong L. Nguyen
By Sophia C. Scott and Claire Yuan, Crimson Staff Writers

In a dismissal letter sent to Terzano last week, the NLRB cited the National Labor Relations Act, which prohibits it from certifying any security guards’ union that admits non-guards as members.

32BJ is affiliated with SEIU, the second-largest labor union in the country, which admits non-guards as members. In the dismissal letter, NLRB Regional Director Laura A. Sacks wrote that “mixed guard/non-guard unions are disqualified from taking advantage of” the NLRB’s union certification election process.

On Wednesday, Terzano filed an appeal asking for the case to be reviewed.

“The intent here is not to certify, but decertify, which is not addressed by the statute which was cited as cause for dismissal,” the appeal letter reads.

In an interview Monday, Terzano took aim at 32BJ, saying that more than one-third of union members signed onto the decertification effort.

“There’s nobody there for them,” he said of union members. “It’s a diseased organism that they cannot rely on for help because the union is there for the company, not for us.”

Bargaining committee member Arun K. Malik said most guards supported the decertification effort, but “all of those signatures are moot” because the petition sought to decertify a union that was not recognized by the NLRB as a bargaining unit for guards to begin with.

“You can’t decertify a union that has never been certified,” he said. “So the appeal would be: How can the union membership, if they don’t want that union, get rid of them?”

Terzano wrote in his appeal that Securitas “did not comply in good faith” in posting a notice of the petition, which is required by the NLRB.

The appeal states that the notices were often “disguised” or “handed out on a single sheet of paper, double sided print, which by definition prevented them from being posted and the ability to be ‘viewed simultaneously’ as required.”

“There’s a clear problem here,” Malik said. “A majority of guards signed the petition. They don’t want this union, and the company’s insisting that we have to have this union.”

Union spokesperson Amanda Torres-Price and Harvard University spokesperson Jason A. Newton declined to comment. Securitas did not respond to multiple requests for comment.