Preston J. Phillips, a Harvard Medical School alum killed in a June 1 mass shooting in Tulsa, Okla., is remembered by his friends and colleagues as a talented surgeon who cared about providing care to those who needed it most.
By Miles J. Herszenhorn 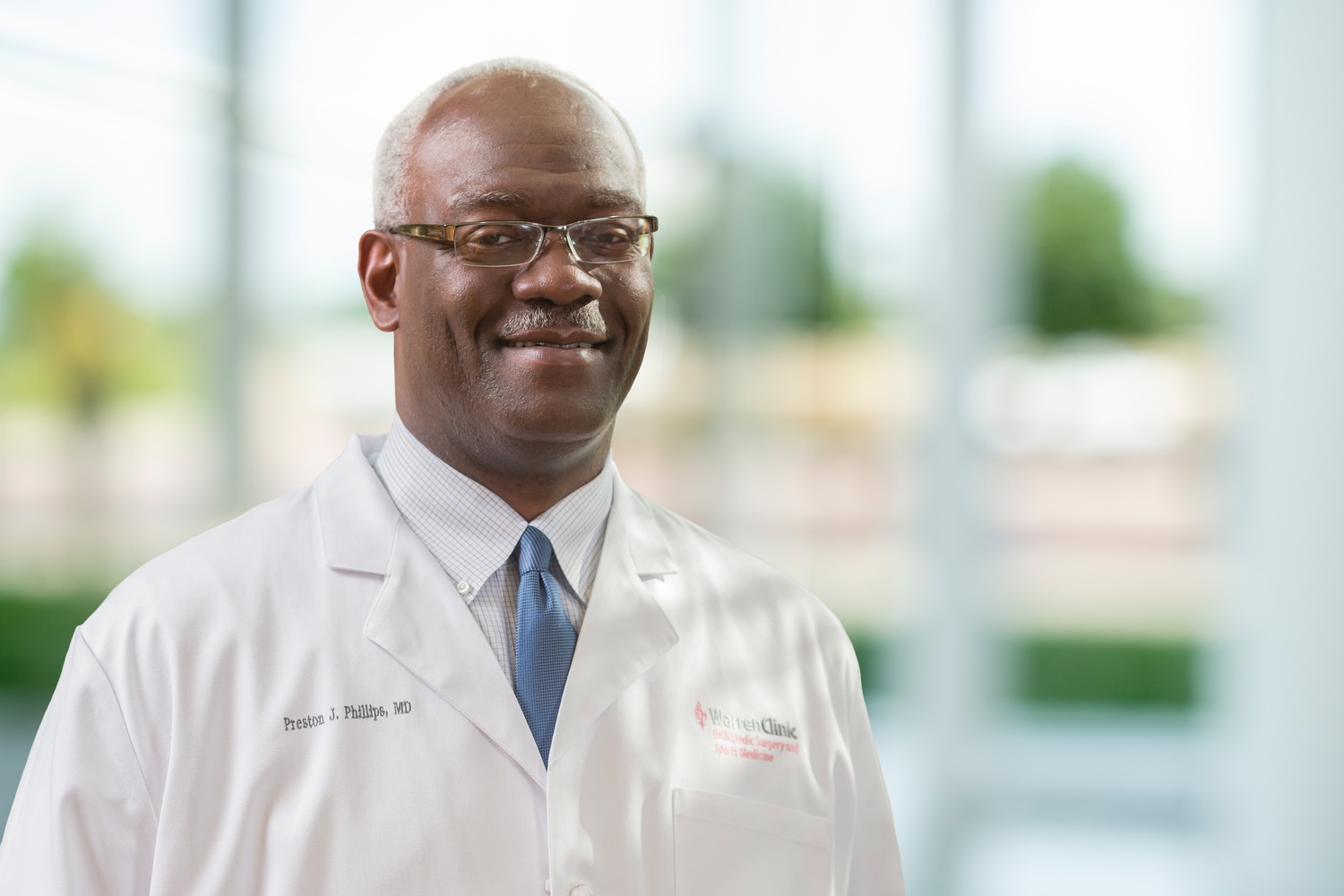 Komi S. Folly is still searching for a word in the English language to appropriately describe Preston J. Phillips.

Phillips, an orthopedic surgeon, was set to embark on a trip to Togo with Folly, where they performed pro-bono surgeries, only two weeks after June 1 — when he was killed in a mass shooting in a Tulsa, Oklahoma, hospital while meeting with patients.

A Harvard Medical School alum, Phillips is remembered by his friends and colleagues as a talented surgeon who cared about providing medical care to those who needed it most.

Phillips, 59, studied spine surgery as a member of HMS’s Class of 1988. After working two fellowships at Boston’s Beth Israel Deaconess Medical Center, Phillips moved to Tulsa, where he had a 17-year career as an orthopedic surgeon at Saint Francis Hospital.

Phillips also went on volunteer mission trips to Togo with the Light in the World Development Organization where he performed surgery for “under-served” populations, according to the organization’s website.

Tulsa Police Chief Wendell Franklin said during a June 2 news conference that Phillips was killed by a patient on whom he had recently performed back surgery. According to Franklin, the patient targeted Phillips during the shooting and used an AR-15-style weapon that had been purchased earlier that day.

“We have also found a letter on the suspect which made it clear that he came in with the intent to kill Dr. Phillips and anyone who got in his way,” Franklin said. “He blamed Dr. Phillips for the ongoing pain following the surgery.”

Stephanie J. Husen and Amanda D. Glenn, who worked at Saint Francis Hospital with Phillips, and William Love, who was accompanying his wife to a medical appointment, were also fatally shot.

The Tulsa hospital shooting occurred at a time when gun violence is once again receiving national attention in the United States. According to the Gun Violence Archive, the Tulsa mass shooting was the 20th to occur since a rampage at a Uvalde, Texas elementary school on May 24, where an AR-15-style weapon was also used to kill 19 children and two teachers.

“Tragically, this incident is the latest in a seemingly unending series of devastating shootings that serve as painful and recurring reminders that gun violence is a medical and public health crisis in this country,” Daley wrote. “The most fundamental responsibility of our representative government is to ensure our safety; we need urgent legislation and action to counter this blight.”

Phillips “cared about people and he cared for his patients,” according to Lawrence Wells, president of the J. Robert Gladden Orthopaedic Society.

“He wasn’t a braggadocious sort of guy,” Wells said. “He was just a doer.”

Gary Friedlaender, professor of orthopedics at Yale School of Medicine, remembered Phillips as a “phenomenal surgeon.”

“I did some very involved and complicated cases with him and felt very glad to have him as a partner in those undertakings,” he said.

Friedlaender also described Phillips as having “an imposing presence.”

“But in that presence was a person of extraordinary warmth, compassion,” Friedlaender said. “As exceptional as he was as a physician, he was even more exceptional as an individual.”

Colleagues remember Phillips’ brilliance in the operating room, as well as his “human moments.” When Phillips was on call at Saint Francis Hospital, coworkers knew to rush to the break room and hide their food from him.

“His appetite for life was insatiable, but his actual appetite was also that way,” Andrea Hancock, a surgery assistant, explained.

Hancock recalled one day when Phillips urgently requested her assistance — not with a surgery, but with a cheesecake theft gone wrong.

“He was like, ‘I was just trying to get this really fast and sneak out of here, but I spilled my coffee everywhere,’” Hancock said.

Hancock said that while she helped Phillips clean up the mess, Phillips then accidentally lifted the cheesecake under a running faucet, soaking the cheesecake and creating an even bigger mess.

“You had this brilliant man in the OR, and then you just had these human moments of he’s just a regular dude who likes to eat,” Hancock added.

Phillips was born in Michigan in 1962, one of nine children in his family. Before attending HMS, Phillips received his undergraduate degrees in chemistry, theology and pharmacology from Emory University.

At Harvard Medical School, Phillips was described as “a rock” for his fellow classmates by ​​Tamara R. Fountain, who studied with Phillips in the Class of 1988.

“Everybody else might be the highest of highs and at times the lowest of lows — I would say that Preston was the even keel, the steady calming influence throughout,” Fountain added.

‘He Stepped on the Gas Longer and Harder Than Most’

Phillips served as a spine fellow at HMS and studied closely with Professor of Orthopedic Surgery Augustus A. White. White and Phillips worked one on one for a year and cared for patients together, according to White, who said he was “very impressed” by Phillips.

“In that setting, you see not only the person’s behavior and reaction, but you see the response the patients offer,” White added. “And it was clear that he had a profound, and sincere, and compelling, and convincing ability to show empathy and care.”

White said his “mentor-mentee” relationship with Phillips eventually evolved over time into a “father-son” relationship.

“We ended up with nicknames,” White explained. “He called me Big Daddy Pop and I called him Little Brother Son.”

“It was a close relationship,” White added.

Friedlaender said Phillips was committed to making the field of orthopedics more diverse.

“Preston was proud of the things he brought to the table,” Friedlaender said. “He was very supportive of the African American community being trained.”

According to Friedlaender, Phillips’ loss is a “personal” one but will not hamper Phillips’ legacy of increasing diversity among orthopedic surgeons.

“He stepped on the gas longer and harder than most people and it will be not only hard, but heinous to slow down,” Friedlaender added.

Friedlander said that in addition to addressing underrepresentation in the field of orthopedics, Phillips was “most concerned” with helping groups that lack access to medical care.

Phillips was scheduled to embark on his fifth surgical trip with the Light in the World Development Foundation this summer, but the trip was canceled after his death.

Folly, the foundation's founder, said that the Friday before Phillips’ death, the two of them shared a meal where Phillips asked him to continue the mission trips to Togo even if Phillips died.

According to Folly, Phillips told him that “in case the age takes me away before you or something happens to me — don’t stop this project.”

Folly said he told Phillips they would continue their mission trips well into their old age.

“You and I will be using a walker to get into the plane and get to Togo, and the patient will come and help us,” Folly said he told Phillips. “He was laughing, laughing loudly about that, but I didn’t know that was the last laugh.”

A previous version of this article incorrectly stated Preston J. Phillips’ birth year and location. He was born in Michigan in 1962.