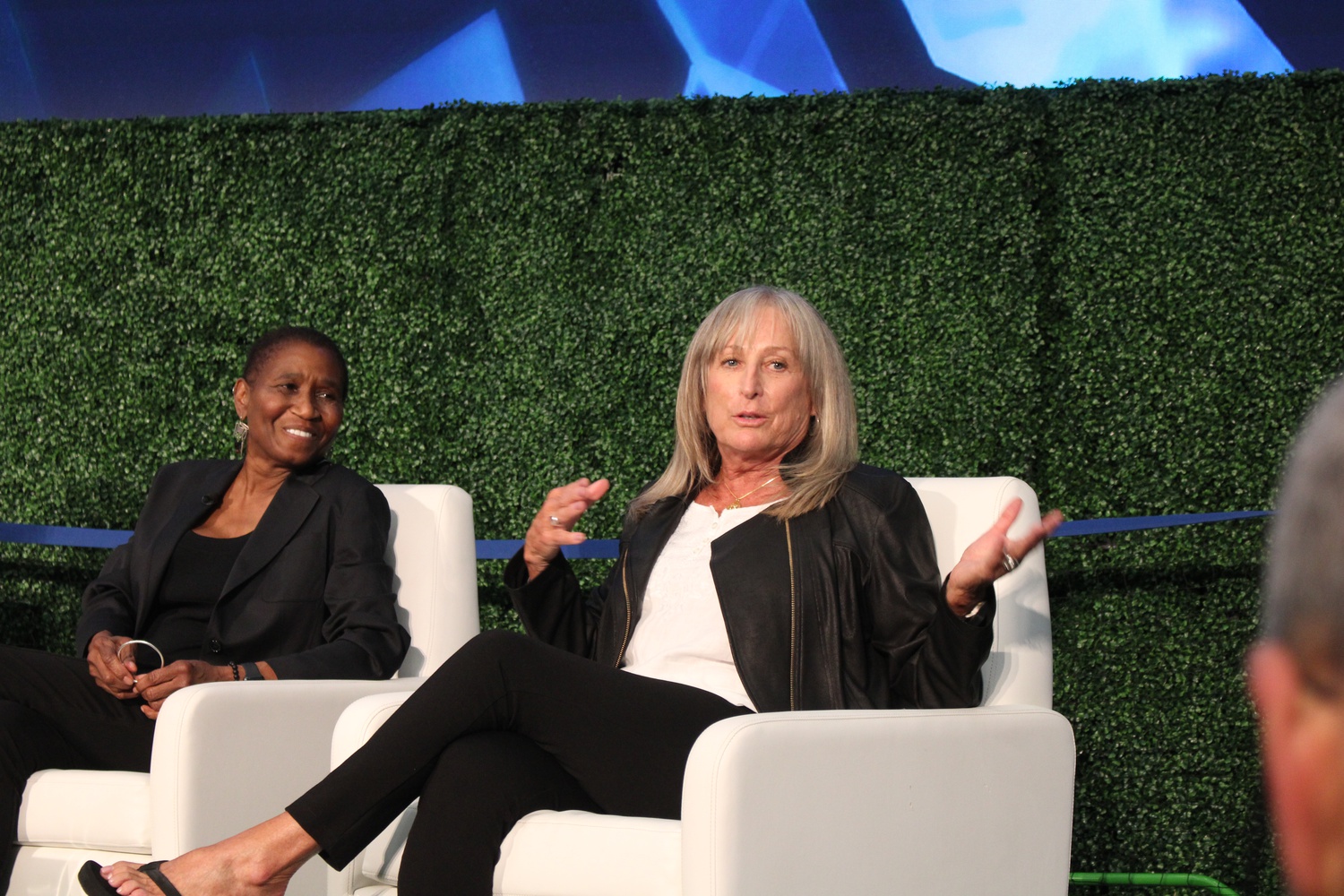 FOXBOROUGH, Mass. — Kathy Delaney-Smith, the longtime head coach of Harvard’s women’s basketball team who retired this year, was honored for her advocacy of gender equity in sports at a Title IX 50th anniversary event on Thursday.

Signed into law in 1972, Title IX paved the way for achieving gender equity in college athletics, stating that no education program or activity receiving federal financial assistance could discriminate against a person on the basis of sex.

Delaney-Smith, who retired after 40 years at Harvard at the conclusion of the 2021-2022 season, said she had been “clueless” about the inequity she experienced prior to the passage of Title IX, only noticing that at home she had to do more chores than her brothers.

“In my family, the boys had to pick up the trash once a week and the girls had to do the dishes every meal, every day,” she said. “So I remember at a very young age saying, ‘this isn’t right.’”

But when Delaney-Smith started her coaching career at Westwood High School in 1971, she said she was “shocked” by the extent to which the girl’s basketball team was under-resourced.

She described herself as initially being “very sweet and nice” while asking for an assistant coach, new uniforms, practice time, and equal pay, but the school “said no to everything.”

Delaney-Smith said she won “on every level” with the lawsuits.

“I got all four things,” she added. “I don’t think I got equal pay, but I got a salary increase.”

MacMullan, who was coached by Delaney-Smith at Westwood, said in an interview after the event that Delaney-Smith had to contend “with an administration that was at odds with her because she was fighting for the rights of kids like me.”

According to MacMullan, Delaney-Smith took on the school’s administration without drawing attention to her activism, not even telling her own players.

“I did not know that Kathy filed that Title IX suit until I was 25 years old,” she said. “That tells you everything you need to know about her.”

“The fight wasn’t for her to get glory or attention — it was just for what was right,” she added.

Delaney-Smith said Harvard was “brave enough” to hire her in 1982 to coach its women’s basketball team despite knowing about her work fighting for gender equity.

“I felt Harvard really wanted to do the right thing,” she said. “But they’re not perfect.”

“I felt my 40 years there was fighting the fight, having the discussion,” she added.

“I didn’t want them to feel undervalued,” she said. “That was really important to me because the most important part of my job is to empower the women that I coach.”

However, Delaney-Smith said she now questions whether hiding that part of her job was the right thing to do.

“I did a bit of a disservice by not sharing the history with them,” she said. “I’m writing a book, so there’s lots that people will understand now.”

Delaney-Smith said she believes the contemporary objective of gender equity advocacy in sports is to ensure that female athletes receive the same quality of experience while training and competing that their male counterparts do.

“Participation numbers, they’re probably close to even,” she said during the event. “But the quality of our experience is far from even.”

“If we don’t ask questions, it’s not going to happen automatically,” Delaney-Smith added. “You’ve got to go and have the discussions, have the awareness, and the courage to fight the fight.”