Jantzen Loses Another Season to Injury 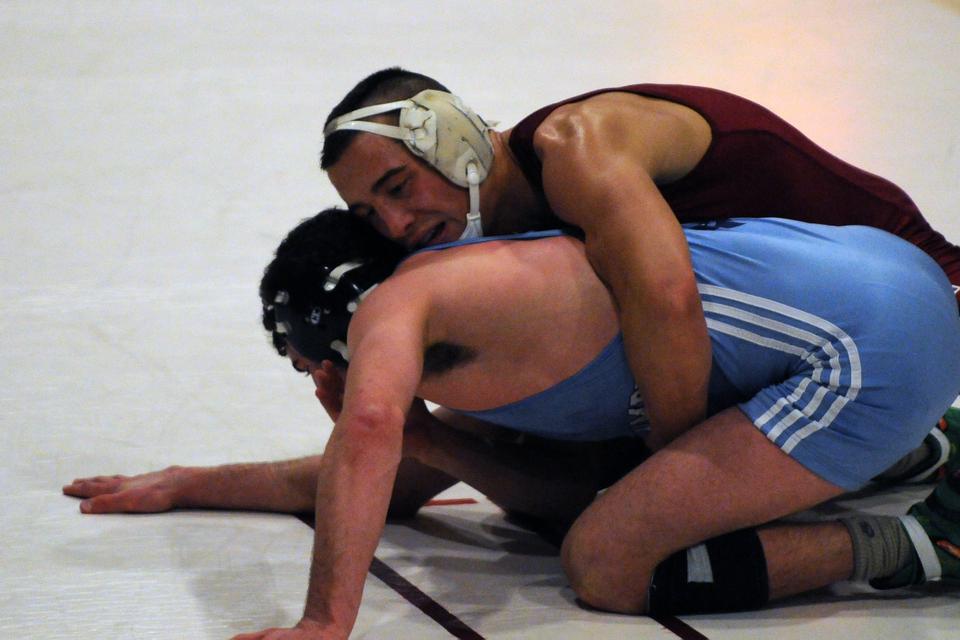 Junior Corey Jantzen suffered a torn elbow ligament over J-Term, meaning he will have to miss yet another season as a result of injury.
By Max N. Brondfield, Crimson Staff Writer

Collegiate wrestling has been a long road for junior Corey Jantzen, and, unfortunately for the seventh-ranked grappler, it’s just gotten tougher.

After suffering a torn elbow ligament in practice over J-Term, the 141 lb. competitor learned that he will undergo surgery this Friday, ending his season. It will be the second competitive year that Jantzen has missed after losing significant time to a knee injury his sophomore season.

“It’s been a frustrating college career for him—it’s not fun,” Harvard coach Jay Weiss said after the Lone Star Duals. “We’re hoping for the best.”

And so is Jantzen, who expects to make a full recovery for next season.

“I’ll definitely be able to come back,” he said. “We’re working on trying to get a ‘medical hardship’ year to get this year back too.”

Whether or not Jantzen earns a second year of eligibility, he will face another uphill climb to get back in wrestling shape for the Crimson. After taking last year off from school and focusing on freestyle competition, Jantzen struggled in the fall as he readjusted to collegiate style. But the wrestler was beginning to hit his stride this winter—reaching No. 7 nationally—before he went down. Now eight months of rehab stand between Jantzen and his next collegiate match, but the former All-Ivy grappler isn’t fazed.

“I’ll start rehabbing immediately—obviously in the beginning with small stuff,” he said.

For the remainder of this season, Harvard will have to make do without its top wrestler, but as Jantzen has shown before, even major injuries won’t prevent him from returning to form.