Road to the Final Four, Day 1 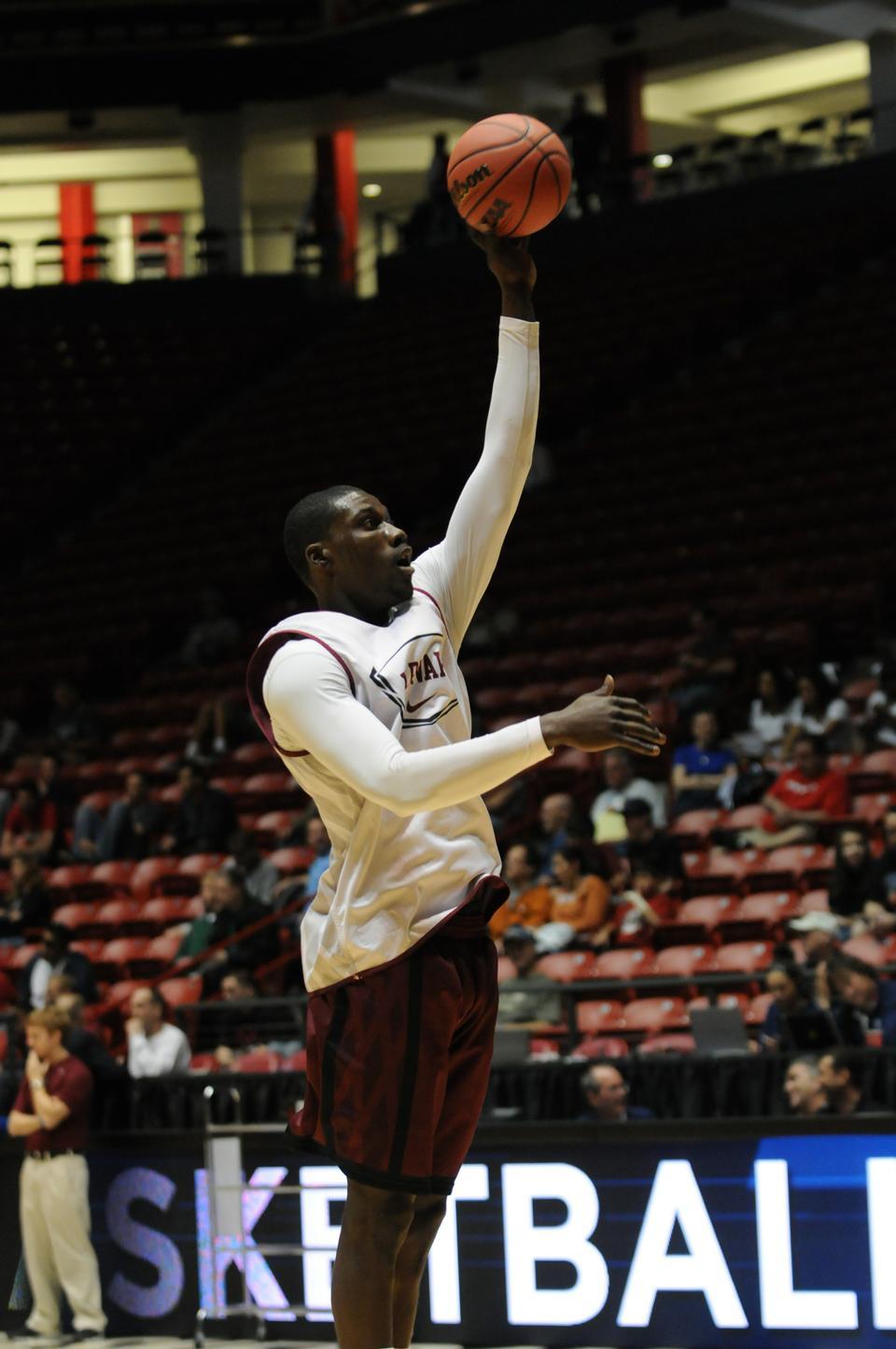 ALBUQUERQUE, N.M.—Let me start off by saying that flights from Boston to Albuquerque are not cheap, which forced me (and the Crimson Sports board, with which I tagged along) to travel to Denver, where we rented an SUV to make the picturesque drive to Albuquerque, N.M. Thank you, NCAA committee, for that one, really.

Despite the remote location, I made the trip because I figured that, as a senior, it would be my last chance to go to the NCAA tournament as a current student and root for my own school.

Before earning its tournament berth this year, Harvard had not made it to the Big Dance since 1946, when the NCAA tournament invited only eight teams and was second to the then-bigger NIT.

Not only is this moment truly historic, but it is also a testament to how far the basketball program has come under Crimson coach Tommy Amaker.

In the time I’ve been here at Harvard, I’ve witnessed the drastic transformation, and I wanted to take in the final stage—the NCAA tournament—of such change for myself. Is it worth making my bank account cry as it took a significant hit?

As soon as we arrived today to UNM’s University Arena, otherwise known as “The Pit,” I was completely sure I had made the right decision to come this far.

The arena was undergoing final preparations for the tournament, though it was already adorned with welcome signs from the NCAA. Inside, the Pit was more majestic than what its nickname implies—the enormous below-ground arena could easily seat 10,000 people, and the basketball court was shining with the big NCAA logo smack in the middle, just like on TV.

As the Crimson writers and photographer went to work, I sat down with Ben Samuels, current Crimson president, to watch the open practices, each of them lasting 40 minutes. A few over a hundred fans were also present to see what the teams stationed in Albuquerque had to offer.

Out came the Montana Grizzlies, and grizzly they were. A few players had full-grown beards, and they just seemed like a hard-working team straight out of the mountain ranges of that great Northwest state. They could really hit their jumpers, but it will be interesting to see how they will match up athletically with Wisconsin tomorrow. I didn’t stay for the Wisconsin practice, though I imagine they practiced like a No. 3 seed.

Up next was the Harvard Crimson. No longer a journalist for the Crimson, I stood up to cheer loudly along with the cheerleading team, which had made it in time to watch them practice.

Under the bright lights, the Crimson looked really good, which got my hopes up for tomorrow’s win even more. Coach Amaker made his players run a couple of fast-break drills along with some screen plays and shooting practice.

Nothing too strenuous for the 40 minutes they were out there, but the team looked solid and excited to be there. Harvard’s three-point shooting could use a little more work though, which made us debate whether Denver’s altitude may be playing a factor in their shots.

Regardless, that is an excuse that also applies to Vanderbilt, which hails from Tennessee, and, is just an excuse in the end.

- The Crimson seemed super excited to be in Albuquerque, and it showed in their fast-paced drills.

- There were a lot of dunks from Casey, Travis, and Saunders, among many other players, in the beginning of the session, which seemed once again to be a product of their excitement.

- The team’s jump shots were falling, but the treys weren’t as much—let’s just hope this goes away by tomorrow.

- Harvard’s ball movement and handling was excellent, but then again, this was against an invisible opponent. Turnovers will be a key statistic in tomorrow’s matchup—the Commodores are known to be turnover-prone, which is something the Crimson should take advantage of and convert into points.

- Amaker’s team showed a lot of effort during a defensive drill that focused on forcing the opponent to taking a mid-range jump shot. If the shooter missed, Harvard was there ready to grab the rebound. This will be important tomorrow against a team that a) shoots the ball well but b) does not rebound effectively. If Vanderbilt has a poor shooting day and Harvard rebounds well, the Ivy League champion has a real chance at downing the No. 5 seed.

After watching the Crimson practice its free throws and retreat to the locker rooms, Ben and I decided to skip out on the Badgers’ practice for some grub. But we came back just in time to see Vanderbilt practice, and what an underwhelming session it was.

I’m pretty sure they spent more time shooting free throws, which most teams do at the end for a couple of minutes, than running plays and drills. The energy just wasn’t there, not from the players nor the coaches. I’m sure Vanderbilt did not want to give away too much during the open practice, but still, it was a little disconcerting how little enthusiasm the squad exuded.

The Commodores did exhibit their shooting proficiency, with senior Jeffery Taylor and junior John Jenkins catching my eye with the number of shots they made.

Festus Ezeli, one of the best centers in the SEC, practiced his post moves and made a fair amount of hook shots. He’s listed as 6’11, which surprised me because he did not look like it at all. We’ll see tomorrow when he stands next to Keith Wright.

- “I’ll be rooting for Harvard, but it’s just too much of a stretch.” These are the words of our Commander in Chief and Harvard Law School graduate, President Barack Obama. Have some hope, man!

- Albuquerque really loves Los Lobos, its basketball team. Papa John's was selling their apparel, and many signs around the city showed signs of support.

- If Harvard basketball continues its meteoric rise, we’re going to need a Pit of our own. After sitting in UNM’s arena, Lavietes Pavilion, as historic as it is, just does not do it anymore. I can’t wait to visit Chapel Hill or Cameron Indoor one day.

- I bought some memorabilia for tomorrow’s game—sorry, bank account.