Jeremy Lin up for ESPY Award 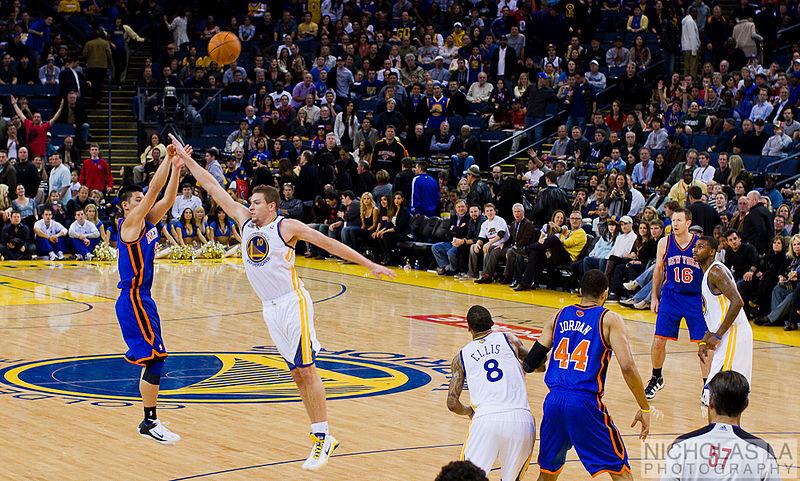 Jeremy Lin’s ’10 mercurial rise from the end of the bench to the cover of Sports Illustrated (twice) was one of the biggest sports stories of 2012. Those two weeks of magic have also been amply rewarded, Lin is likely to land a sizable contract, especially in light of a recent ruling, a spot on the sophomore squad in the All-Star weekend Rising Stars game and even recognition as one of Time Magazine’s 100 most influential people in the world.

The Knick’s guard might just add an ESPY to that list. The ESPYs, sports’ version of the Oscars, will be held on July 11 and can be watched at 9 pm ET on ESPN. Lin is nominated in the “Best Breakthrough Athlete” category and can be voted for here.

The competition is stiff. There’s a national hero in Alex Morgan of the U.S. Women’s soccer team.  New England Patriots’ Tight End Rob Gronkowski set an NFL-record with 17 touchdowns last season, and his dancing and his afterhours exploits are well documented.  Then there’s Robert Griffin III. All RGIII did was win the first Heisman in Baylor history on the way to being the second pick in the NFL Draft – Jeremy Lin wasn’t even drafted. And last, but not least, is Anthony Davis; only the best NBA-prospect since LeBron James. Oh yeah, he also was national player of the year while leading the Kentucky Wildcats to a national championship.

It would seem like Lin’s performance in just 12 games does not stack up to his competitors. But that’s before you remember the international phenomenon that is Linsanity. The ESPYs are entirely determined by fan vote, and though Big Blue nation might make Lin “Fear the Brow,” my money’s on Lin walking away with this one with ease.

Regardless of the outcome, tune in to watch as it may be the last time for you fan-boys to get your Lin-fix before the NBA season starts up again in late October.