For Love or the Game: Baseball Captain Andrew Ferreira 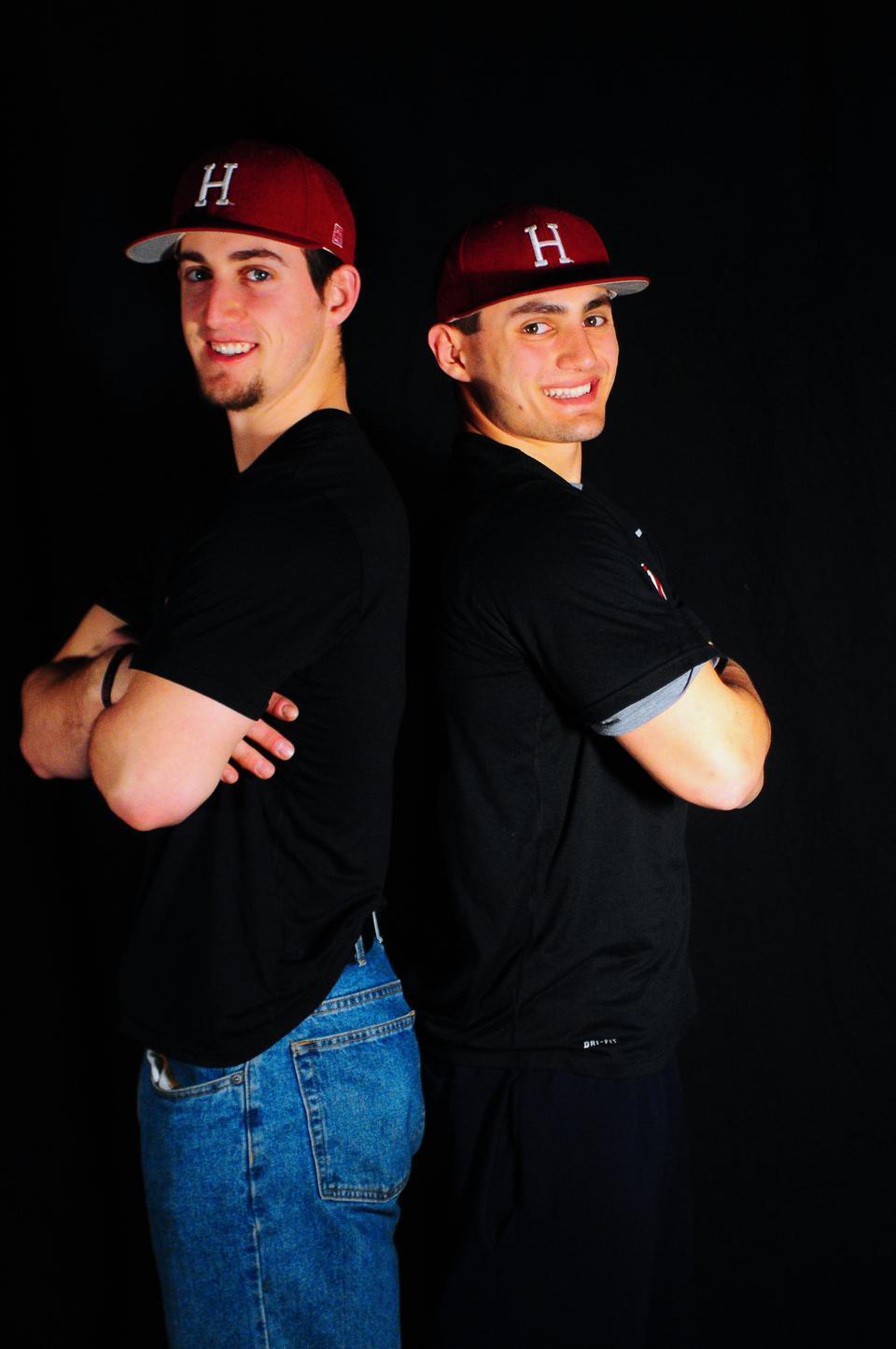 With two Ferreira brothers, Andrew (left) and Ethan, on the roster this year, the Harvard baseball team enters the 2012 campaign in search of retribution for a dismal 9-36 season.
By Claire K. Dailey, Crimson Staff Writer

Andrew Ferreira, who is currently playing in the Minnesota Twins organization after being drafted this summer, had more on his plate last season than just being a sophomore captain of the Harvard baseball team.

After missing a season with an arm injury, the pitcher bounced back well, beginning his year as the designated hitter for the Crimson. The human evolutionary biology concentrator had three strikeouts in Harvard’s victory over Yale this past spring, but the real highlight of Ferreira’s 2012 season has got to be his famous starring role in a music video. If anything could launch a career, “Call Me Maybe” is it. Honestly, who can forget those dance moves?

But even with all the other boys trying to chase him, Ferreira was able to hit a home run with main squeeze Kassy Shiotani, who also has her own spot on the diamond as a senior on the Crimson’s softball team. And if Shiotani isn’t enough of a connection to Harvard athletics, Andrew can just look to home plate to find his younger brother Ethan. Continuing the series, “For Love or the Game”, we asked Andrew some quick questions, and then quizzed Kassy and Ethan on what they thought were the correct answers. But now we have to ask who really knows this pitcher turned youtube phenom better?

Secret talent: Can eat a lot

Favorite athlete: Ethan! He is so supportive of his brother! (2, points for the emotional effect)

Pre-game jam: Cinderella Man or anything else by Eminem (10)

Secret talent: Dancing... I'm hoping he's still keeping that talent a secret from me and will surprise me one day. That, or holding 7 baseballs in one hand. (0)

Superpower of choice: Well since he tells me he's already the strongest man in the world, the ability to heal people so they live forever. (5, points for acknowledging strength and adding a charming ending)

Total: 27/60 - A fair showing by Shiotani. Will her touching answers and knowledge of convenient store grub be enough to hold off Ethan?

Pre-game Jam: Live Like You're Dying by Tim McGraw (0)

Secret Talent: can hold 7 baseballs in one hand (0)

Superpower of choice: Throw 200 mph (0.. though this would take super

Total: 10/60 - Barely avoiding a strikeout, it seems that Shiotani was too much for Ethan! Even if Andrew did just meet her and think it was crazy, his gf was able to beat out family in this edition of “For Love or the Game”.

Thanks for playing, guys! If you have any suggestions for other couples/friends/teammates to play “For Love or the Game” leave them below in the comments section!

An earlier version of this article incorrectly stated that Andrew Ferreira was heading into his junior season and is the captain of the Harvard baseball team. In fact, Ferreira left the College to play baseball professionally for the Minnesota Twins organization.