“Or perhaps it's that as soon as you get into a groove, Perry goes and says something truly cringe-worthy to pull you right out.”—Pitchfork review of Katy Perry’s “Witness” 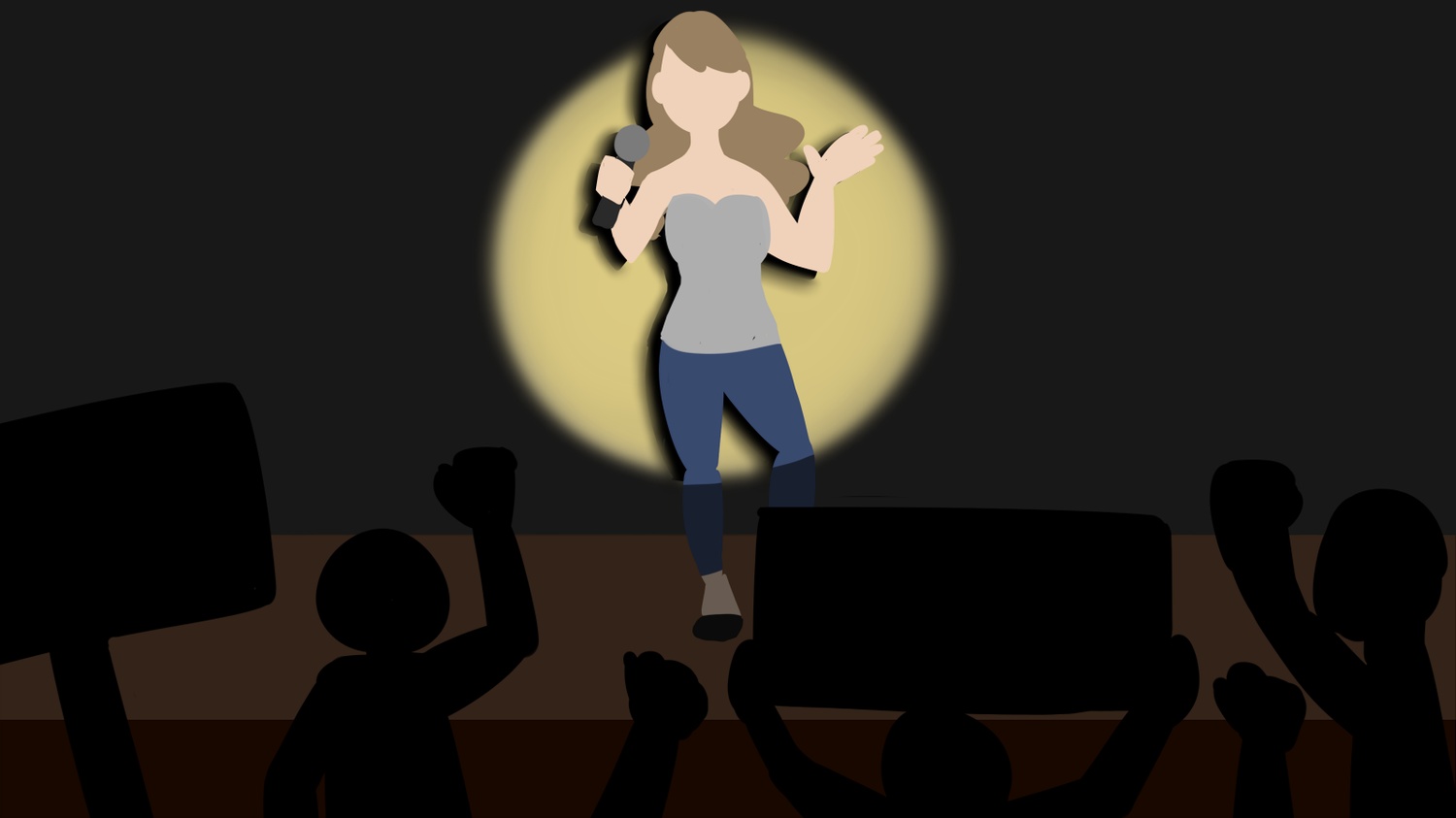 It hurts to think back to election night. After a few hours of watching the votes come in with the people I’d spent countless hours on the campaign trail with, the results were becoming clear.

The room felt suffocating, so I decided to take a walk alone. For a few minutes, I strolled along the Charles River, watching the soft glow from Weeks Bridge as an existential dread formed in my stomach. I walked in a heavy silence, thinking about the organizing and campaigning we’d done, realizing that, although ultimately not enough, we’d given it our all.

Katy Perry had a different election night, one that marked the end of her superficial campaign efforts—an uninspiring performance at the Democratic National Convention, some selfies, and bizarre attempts to get her fans to vote. She held Lady Gaga’s hand in the Javits Center as the results came in, and said it was “traumatizing” when she heard that Senator Hillary R. Clinton would not be arriving to give an acceptance speech. She claims that the night was an “awakening” for her and that she’s tried reflecting that in her new album, “Witness.”

A senior editor at Pitchfork wrote in a review of the album that “[Katy Perry’s] stated goal of making woke pop is, depending on how cynical you are, either admirable or shameless (or both), but either way, it’s not terribly effective.” The album fails because Perry does not follow through on her commitment to social justice; she simply uses it as a selling point. On the album, she’s featured homophobic artists, which seems to be in line with a career marked by anti-gay lyrics and blatant cultural appropriation. Katy Perry uses the so-called Resistance as a way of updating her brand, marketing her music, and making money.

When Katy Perry’s performance—including painfully unoriginal statements on freedom on the Fourth of July—isn’t accepted as genuine, she gets frustrated and accuses critics of issuing vindictive “clapbacks” for the sake of conflict. Instead of focusing on what she can do for social justice, she worries about why people aren’t believing her act.

President Donald Trump is an easy punching bag—even Perry has taken her shots—which has made it easy to shirk personal responsibility to social justice while also claiming to care about progressive causes. Denouncing Trump is easy. Actively working against the sexism, xenophobia, and racism that fueled his political success is much harder and doesn’t happen as often. The Women’s Marches in January were powerful acts of protest, but they were still very white and cisgender. The impressive attendance at them was marred by the sense that some were only there for the the photo-op. There’s been a spike in these “performative progressives,” who strive to say the right thing without taking substantive action.

Katy Perry is one of the most high-profile examples of this phenomenon, but she’s far from the only one. Kendall Jenner commodified the protests sweeping the country in an attempt to sell Pepsi. A recent SNL sketch depicted men at a bar who flirt with a woman by uttering popular feminist phrases before calling that woman a “bitch” when she rejects their advances. In New York City’s Washington Square Park last weekend, I saw a woman selling $3 “Pins for the Resistance,” and people lined up to buy them. The political movement for equality has slowly transformed itself into an aesthetic that allows people to be progressive on paper while upholding the status quo in person.

At Harvard, this attitude is clearest among discussions about final clubs. Although membership processes premised on gender exclusion and wealth generally select for a more conservative ideology, many final club members identify as progressive. They support progressive causes online and through membership in political groups on campus, but their performance ends as soon as they join a club. Their actions support institutions that foster class exclusion, gender discrimination, and unhealthy social dynamics on campus. They’re progressive, but incredibly selective in their causes, which makes their work feel like a show.

The faculty recommendation to phase out social groups brought another set of “performative progressives” to the forefront. These individuals are progressive in most cases, writing passionately on Facebook about gender, sexuality, and racial equality, but turn a blind eye when discussing the exclusionary culture surrounding final clubs. Perhaps it’s because their social lives center around Mount Auburn St. Maybe they have friends in clubs who they see as good people, which blinds them to the structural issues that plague clubs. Maybe the idea of social exclusion doesn’t seem antithetical to their progressive ideals, as if elitism weren’t founded on power imbalances. They say the “right” things, but then turn around and defend institutions that represent everything progressive movements aim to change.

The Resistance, the movement, the cause—use your term of choice—is not about individual gain or bolstering personal image. The ultimate goal should be the betterment of the oppressed—criminal justice reform, curtailment of sexism, equality in both principle and practice. Performative and selective progressives, with their hollow words and convenient blind spots, do nothing to bring us closer to these goals. It’s time we stop performing our politics and instead head to the streets as organizers, protesters, and community builders dedicated to making real progress.

Ruben E. Reyes Jr. ’19, a Crimson Editorial Chair, is a History and Literature concentrator in Leverett House. His column appears on Mondays.