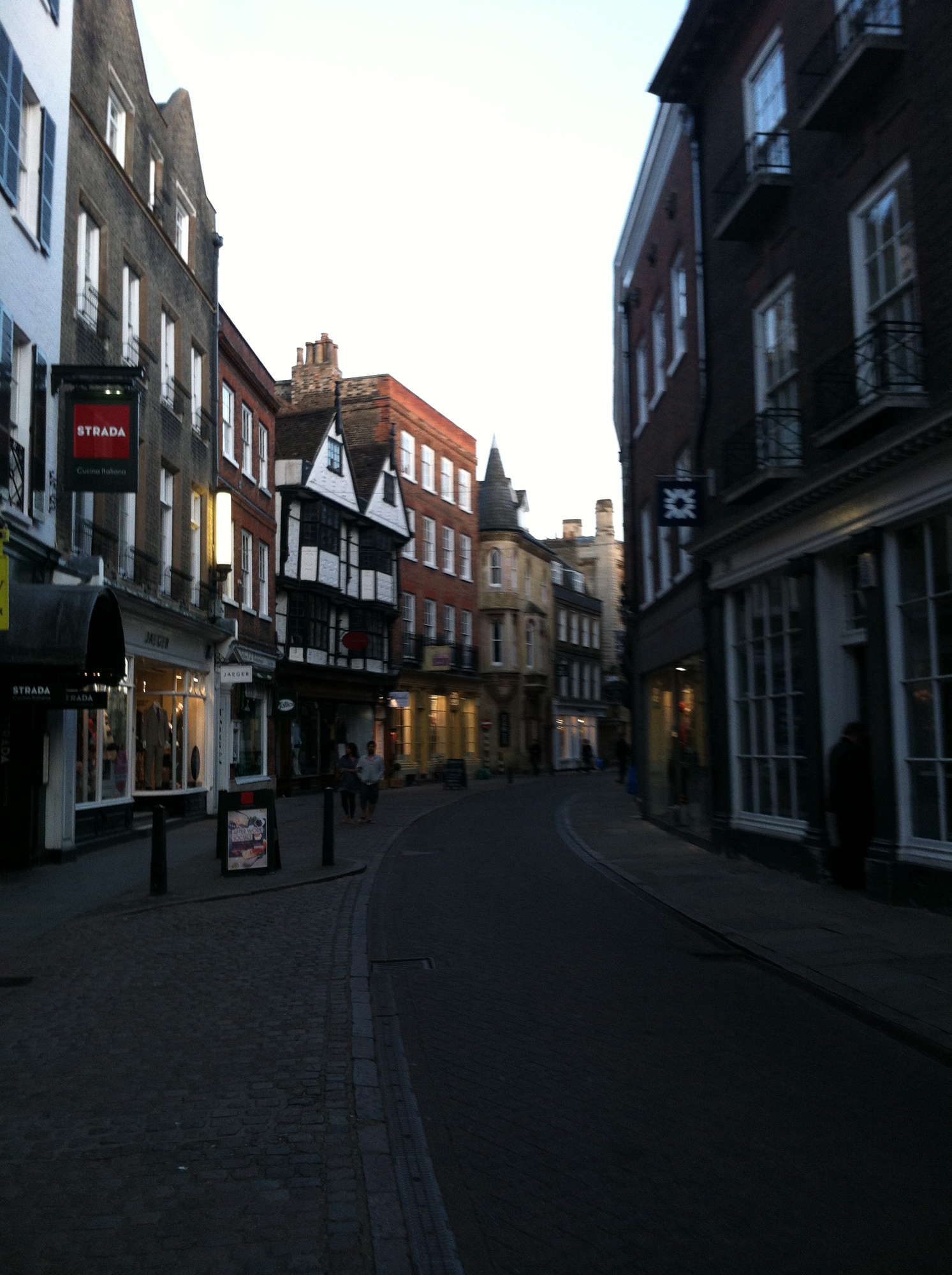 CAMBRIDGE, United Kingdom—It’s four in the afternoon, and my housemate, Chris, is casually propelling his spoon around the rim of his bowl, watching as the last few cornflakes lazily twist and turn. I just arrived a couple of days ago, and he’s been describing the town to me in the terms by which he understands it: “Cambridge has the lowest number of redeemed welfare payments of all towns in England,” he says.

His eyes are lost in thought, as if he is envisioning the city as a whole in his mind’s eye—which would make sense, as Cambridge is a tiny place, and he is one of a very few students at Cambridge University who get a chance to complete a Masters degree in Land Economy, an intensive program designed around studying the economics and law of real estate and urban planning. He consumes another spoonful of cereal before adding, with a note of finality and authority, “It’s a nice place to be!”

My friend who showed me around the town on my first day described it as “homogeneous.” He’s right, but it’s homogeneous in a fairy-tale way that makes it all strangely enchanting. People bike everywhere, wearing gorgeous clothing all the while. Girls wear Peter Pan blouses with the occasional wooly sweater thrown on top, or white summer dresses, broderie anglaise waving dangerously in the breeze, as they wind through crowds of tourists between Magdalene and Starbucks or ride over the Mathematical Bridge of Queens’ College.

The wealth is obvious, but only in the outlandish way very old wealth is. As a medievalist friend studying for his PhD aptly described it, the city “is a collision between the advanced and the archaic.” The window in our house’s kitchen was broken long ago and remains permanently open, giving an array of miniscule wildlife a chance to thrive amongst the crevices of our stove and the cracks in our unsteady wooden table. None of the faucets in the bathroom work properly, and one day, the showerhead just fell down and broke.