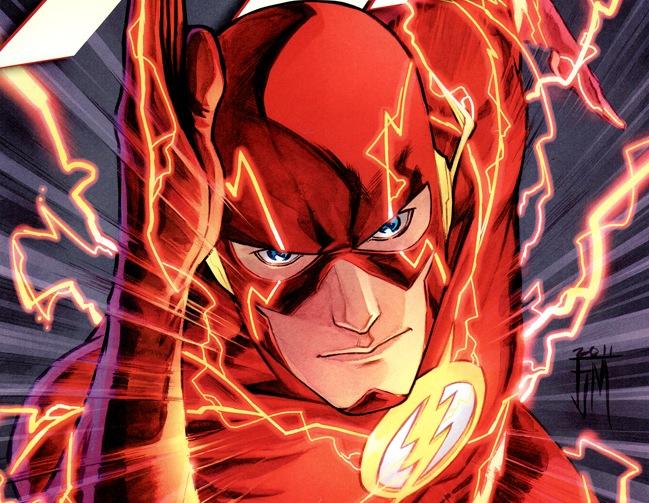 By Adabelle U. Ekechukwu, Contributing Writer

In the world of comic books, it does not take much to become a super hero. Average kid turned avenger after the death of his parents, zero becomes hero with the bite of a radioactive spider—all that is required seems to be a dose of tragedy and a pinch of being at the wrong place at the wrong time.

For Barry Allen, becoming the fastest man alive was just as easy. All it takes is an electrifying shock of lighting combined with a healthy dousing of chemicals. The next thing the guy knows, he is periodically skipping his day job as Central City Police Department’s scientist so that he can disguise himself as the Flash, spending a couple of blinks of the eye fighting crime and kicking ass.

DC Comics reintroduced the red spandex–clad speed demon to the world last month as part of their recent initiative to release new first issues of their various classic and dearly loved characters. New and old fans alike are bound to be impressed by the skillful artwork of Francis Manapul, who, along with Brian Buccellato, created the latest story line of “The Flash.” Each page contains a comfortable amount of activity as the frames shift between intricately drawn settings, animated character conversations, and exciting fighting sequences.

Issue #1 of “The Flash” kicks off with a short introduction to Barry Allen, a handsome, blue-eyed blond who also happens to be both wicked smart and lightning-bolt fast. Not much is revealed about his history, but his abilities are quickly realized when a gang of gun-toting troublemakers busts through the glass ceiling of the technology symposium he is attending and force him to transform into his superhero alter-ego and quickly stop them from stealing the exhibit’s valuables. The story progresses from there with interesting turns and revelations, concluding in a classic comic book cliffhanger.

Usually the most effective mode of telling any comic book’s story is through the artwork, not the text. “The Flash” is no exception. While the conversations are indeed relevant to the plot line, there are several moments when the writers go overboard with the corny dialogue and make the characters express themselves in the cheesiest of ways. Upon making their destructive entrance, the museum robbers open with lines such as, “Good night, kids,” and “Time to go to sleep.” Small bids for casual humor are unfortunately cheap at times, and threaten the mood of the situation.

This is not to say that the text as a whole is deficient, as there are just as many occasions of literary genius. The issue ends with a compelling philosophical internal monologue as The Flash speeds through the city streets, and the artwork throughout makes up for Manapul and Buccellato’s occasional poor choice of words. Subdued colors, detailed foregrounds and subtle yet meticulous backgrounds allow the story to progress with clear fluidity.

For those unfamiliar with “The Flash,” never fear. For readers who might have always wanted to jump into comics but were intimidated by the sheer volume and density of existing canon, this first issue is a great start. As is DC Comics’ intention, this is the time to start from the very beginning. Accessibility is no longer an issue, as this new release offers the opportunity to understand the series at its genesis, and the storyline and artwork easily generate interest.

The thing about comic books that non-fans do not recognize, but can very easily appreciate, is the ease with which they flow. “The Flash” is a short read that is made even shorter stylistically by minimal text and dynamic graphics. Future readers should be warned about the trite humor and imbecilic criminal dialogue, but the introspective thoughts of the fastest man alive and the elaborate artwork that showcases his ass-kicking abilities make “The Flash” #1 an entertaining read.