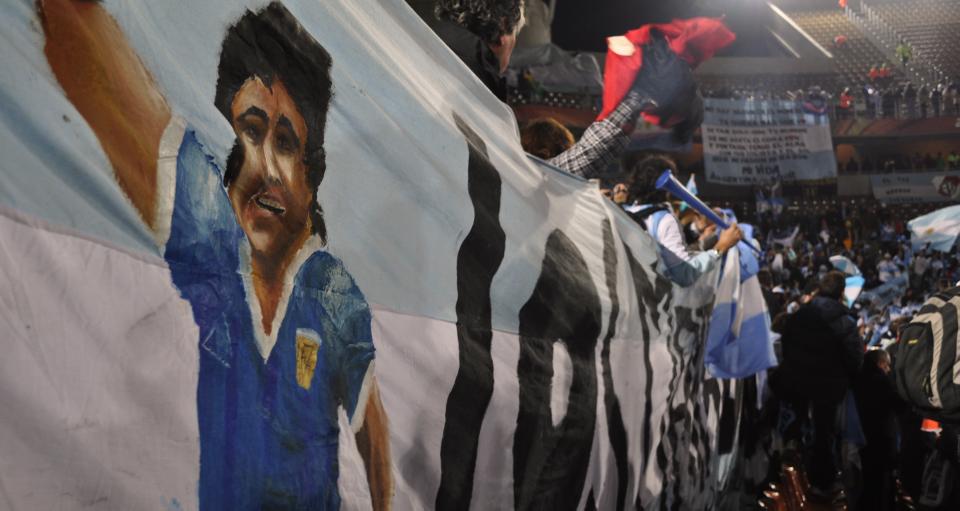 Fans wave a banner that pays tribute to Argentinian soccer hero Diego Maradona while the Argentinian national team plays against Greece on June 22nd at the Peter Mokaba Stadium in Polokwane, South Africa. Argentina ended the night victorious over Greece and made it into the top eight during the 2010 World Cup before falling to Germany.