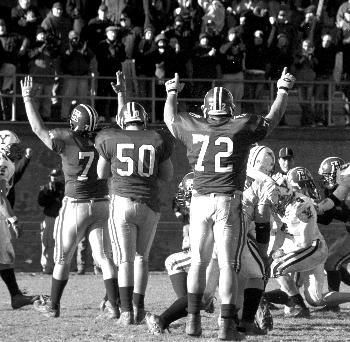 In a shocking setback for Ivy League football, neither Harvard wide receiver Carl Morris nor offensive lineman Jamil Soriano was selected in this weekend’s NFL draft.

It was the first time since 1996 that no Ivy player was picked in the seven-round draft. Linebacker Isaiah Kacyvenski ’00 was the last Crimson player drafted, in 2000.

“What are you going to do?” Morris said. “I guess I didn’t fit into some teams’ plans.”

While slightly disappointed, since he was forecast to be chosen in one of the later rounds, Morris didn’t have to wait long to find a job.

Less than an hour after the draft finished Sunday afternoon, Morris signed a free-agent contract with the Indianapolis Colts. The deal includes a $10,500 guaranteed signing bonus.

“It’s a great situation for me,” Morris said.

According to Morris, Indianapolis general manager Bill Polian contacted him directly to make the offer.

Polian had praised Morris in January during the Shrine Game, an all-star game for college seniors in San Francisco, when he called the wide receiver “the surprise of the game.”

Morris signed, but only after consulting with his agent, Eric Hall.

Morris also maintained that as the draft neared its conclusion, he began to prefer to go the free agent route.

“At the seventh round, you’re better off not getting drafted,” he said. “Then you have some control over where you go.”

Soriano also signed a deal late last night that will send him to the Green Bay Packers. The contract included a $5,000 signing bonus.

“The Packers and some others actually were calling me before the draft ended,” Soriano said. “The three teams I had to choose from were Green Bay, New England and Chicago.”

“They have great fans in Green Bay, and I have an opportunity to make the team,” Soriano said. “Plus, I like to play in cold weather.”

While both Morris and Soriano insist they are pleased with the ultimate results, it was largely expected—by the media and draft experts, it should be noted—that at least one of them would be amongst the 262 players selected by 32 NFL teams.

Morris was a two-time Ivy Player of the Year and holds numerous school records, while Soriano was a three-year starter and earned First Team All-Ivy recognition as a senior.

Thirty-eight wide receivers were drafted, including five in the final ten picks. Several teams that were considered top contenders to select Morris went in different directions. For example, the Minnesota Vikings took a wide receiver in the final round—Oregon’s Keenan Howry. The Arizona Cardinals, another team that took a good look at Morris, drafted a pair of receivers in the first two rounds.

In Indianapolis, Morris should have a chance to make the team. The Colts did not draft a wide receiver, and while they have All-Pro Marvin Harrison, they are not deep at the position.

All three Harvard students will have to report to rookie mini-camps later this week. From there, they hope to participate in several more mini-camps and workouts before NFL training camps begin in late June.

—Staff writer Rahul Rohatgi can be reached at rohatgi@fas.harvard.edu.