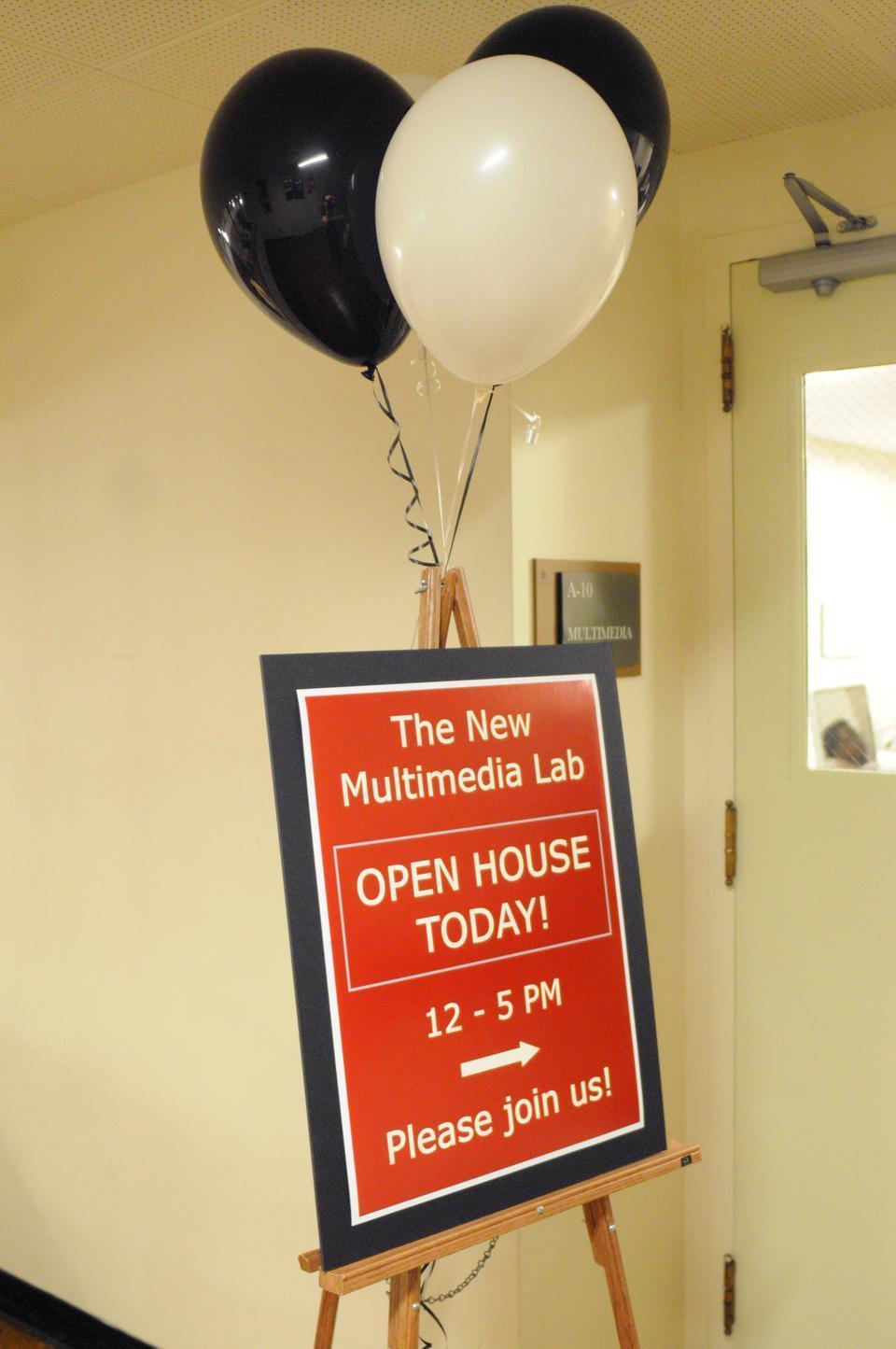 Lamont has a new Multimedia Lab offering students a wide range of software to help them produce multimedia assignments. Located in Lamont A-20, the lab is open the same hours as Lamont.
By Zachary N. Bernstein, Contributing Writer

At an open house complete with balloons and candy, Lamont Library celebrated yesterday the establishment of its new multimedia lab, providing undergraduates with a central location to edit music, video, audio, and general media projects.

Located on Level A of the library, the lab houses four state-of-the-art video centers, two image centers, and one audio center, and features both Mac and Windows operating systems and two MIDI keyboards.

The lab is accessible to all undergraduates whenever Lamont is open, all seven days of the week and even when the library is operating on a 24-hour schedule.

The lab is the product of a collaboration between the Science Center’s Technology Showcase and the media center in Lamont, as well as a joint cooperation between personnel in Faculty of Arts and Sciences departments and the Academic Technology Group—which supports technology-enhanced teaching and learning in FAS.

Prior to the opening of the center, special labs had their own policies regarding access for students of specific concentrations, such as the department of visual and environmental studies, according to Paul M. Worster, a multimedia librarian at Lamont.

Now, with the opening of the new multimedia center, undergraduates will have a convenient location to access the wide range of available equipment.

“Things are so much more cross-disciplinary now,” Worster said. “People are using media outside of disciplines that are just made for media.”

The importance of media technology is on the rise, according to Martin M. Schreiner, the head of maps, media, data, and government information in Lamont Library: “[Media] is becoming like word processing,” he said. “It’s ubiquitous.”

The new multimedia lab will also offer support services for students with questions about media projects and technology.

Kevin T. Guiney, a member of the Academic Technology Group, said that the important part of the new multimedia lab is not only its machinery, but also its staff workers, who will “consult with people through the life cycles of their projects.”

“I’m a performing musician...It would be great to have somewhere to record music to send off for summer programs and applications,” Haile said about the new media lab. “It sounds like a great resource.”

This article has been revised to reflect the following corrections and clarification:

The article also stated that the College allowed access to special labs for students of specific concentrations. In fact, each lab had its own policies, and the College did not specifically outline the allowances, according to Paul M. Worster, a multimedia librarian at Lamont.