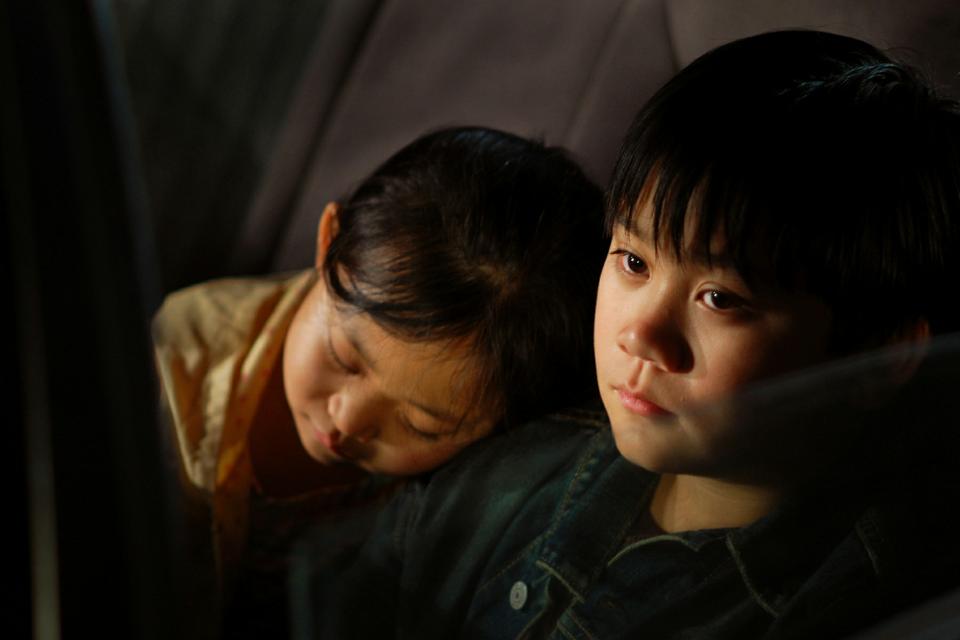 In “Children of Invention,” two children must fend for themselves after their mother disappears. The film’s producer spoke at Dunster House last Thursday.
By Araba A. Appiagyei-Dankah, Contributing Writer

“What does a producer do? My answer: Everything,” said Mynette A. Louie ’97, the producer of the award-winning film “Children of Invention,” at a dinner event on February 25 in the Dunster Junior Common Room. The event was the first in a new series designed to expose Harvard students to alumni who have gone on to become successful in the arts.

“This is a student outreach initiative designed to convince you all that…the best thing to do is explore diverse disciplines and study what you really love,” said Diana Sorensen, Harvard’s Dean of Arts and Humanities. “We want to show you examples of people who followed their interests and have gone on to have interesting and successful lives.”

Louie makes for a particularly inspiring example. She poked fun at her strict background, explaining that she started in the Social Sciences track as an Economics concentrator because both she and her parents thought it was a very “practical” thing to do.

“It’s hard to be an artist,” Louie said, telling the audience that her father was a painter so she had plenty of exposure to the artistic lifestyle. Unhappy with Economics, however, she switched over to the Humanities track and became an East Asian Languages and Civilizations concentrator with a focus on Chinese film and literature. She enjoyed her new concentration much more, and as a consequence, also performed very well academically. “It taught me to think critically, articulate, and analyze a text,” Louie said.

After graduation, Louie worked in marketing at “Time Magazine,” in Internet development at a consulting firm, and in the business department of “Sports Illustrated Online,” among other jobs. When asked about whether she found all of her experience useful, she explained that she found them all instrumental in giving her skills and abilities to become a successful producer.

In between courses, Louie spoke to the audience members about being a producer and her experiences in film. “Film is so complicated… it’s hard to know what to do,” said Louie about getting into film. She had an interest in film and the arts from childhood and even directed a play involving Georgia S. Lee ’98 (later director of the film “Red Doors”) during her time at Harvard, but took no courses focusing specifically on film. While in New York City, she applied to be a production assistant on an NYU student film, got the job, and ended up loving the world of producing.

According to Louie, the most important part of her job as producer is finding funding for the numerous independent films that she works on. It takes a great deal of work, she says, as she described the role of social networking in her life as a producer. “I’ve negotiated deals half-drunk at parties,” she told students. Despite the seeming glamour of her job, however, it is a difficult and exhausting one. “I send over 300 emails a day, at least,” she said. It also doesn’t easily pay the bills—Louie says that when producing an independent film, one must take on commercials and other potentially less desirable jobs to remain financially solvent.

Because of the intense personal investment involved in producing, Louie picks and chooses the films that she works on carefully. “It’s so hard—if you’re not proud of the end result, you feel like it’s not worth it.”

She also added, humorously, “I have to fall in love with the story and the director has to be sane.” This is why the success of “Children of Invention” has meant so much to her; she truly loves the movie. The film’s success, however, may have pigeonholed Louie, given that it focuses on an Asian-American family.

“People tend to approach me with Asian-America scripts now,” she said, but she refuses to be boxed into producing a specific kind of film. Currently, she is working in the post-production stage on an untitled film focusing on the earthquake in Haiti and is also starting to work on a film that may serve as a prequel to “Children of Invention.”