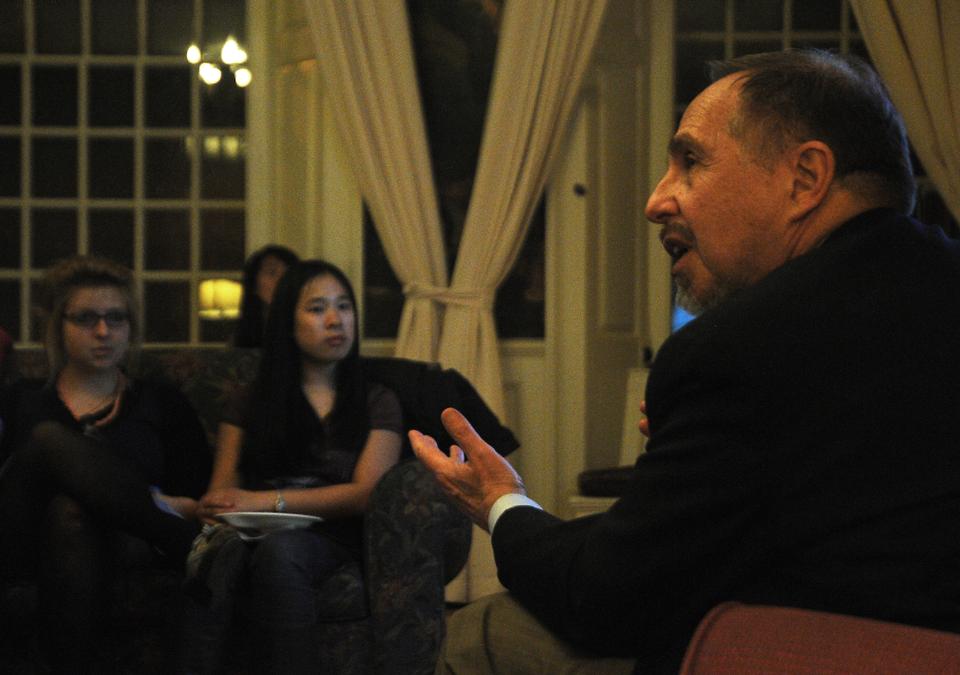 Just hours after returning from a trip to China, Anthropology Professor Arthur Kleinman delivered a talk about the long-standing stigmatization and subsequent marginalization of the mentally ill population in Chinese society.

Using his expertise in the areas of medical anthropology and psychiatry, Kleinman pointed to various cases of stigmatization in China. People suffering from schizophrenia, HIV/AIDS, leprosy, or epilepsy often face social marginalization because of their illnesses.

Unlike in the United States, where people are born “fully human,” Chinese society demands that individuals “become human,” said Kleinman, who has spent years researching mental illnesses and violence in China and Taiwan.

“Your great task in life is cultivating your humanity,” Kleinman said. “People with stigma not only lose their moral face, but are not considered human.”

Further comparing the U.S. and China, Kleinman noted that Chinese mental illness hospitals emphasize the protection of society from the mentally ill—a mindset that cultivates a perception of the mentally ill as unpredictable, out of control, and potentially dangerous.

“Stigmatization makes a person a dead door, or si menzi, marginalizing them from their families, professions, society and themselves,” Kleinman said.

Kleinman added that the solution to the problems of stigmatization will come from “unintentional cultural changes”—which have been happening over the past couple of decades—that eventually strip mental illnesses of stigma.

Kleinman’s talk was sponsored by the Medical Committee of Harvard China Care, a student-run organization that seeks to guide abandoned, orphaned, and special needs children in China toward brighter futures.

Daphne Y. Xiao ’11, who attended the talk in the Lowell junior common room, said that she found Kleinman’s comparative analysis between Chinese and American societies’ dealings with the issue of stigmatization to be “the most interesting part of his speech.”