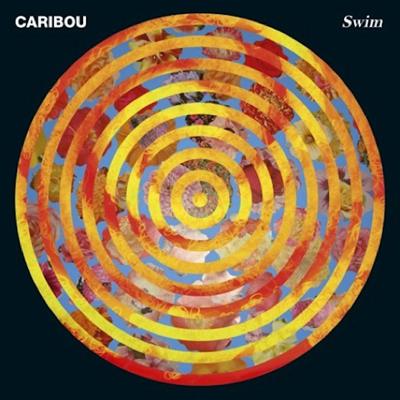 Within the first five seconds of opening track, “Odessa,” it is apparent that Caribou’s latest release, “Swim,” is very different from his last. 2007’s “Andorra,” the previous full-length release by the electronic artist and Ontario native David Snaith, was a record of textures, the kind of album that is best appreciated alone, eyes closed, with headphones on. 40-odd minutes of meandering, unpredictable soundscapes, “Andorra” waxed and waned but never climaxed, never really accelerated. The result was a deservedly acclaimed album of ambient electronica that was unhurried yet gorgeous, atmospheric yet unpretentious.

A wavering synth line straight out of a 1980s disco and a drumbeat more propulsive than any found on “Andorra” introduce “Odessa,” and give listeners a very good hint at what Caribou is trying to accomplish with “Swim.” After years of balancing dream pop, noise, and spaced-out electronica, this is Caribou’s dance record.

Or rather, it tries to be. “Odessa” is perhaps the best thing Caribou has ever released—a throbbing, dubstep-inflected track whose breathy vocals float over a bed of fluid bass and punchy, off-kilter percussion. And the two tracks that follow it, “Sun” and “Kaili,” form a brilliant triple act with “Odessa,” venturing daringly into various subgenres of dance but with a firm safety line linking them to Caribou’s dreamy home territory. Soon enough, though, that line starts to drag the record back towards Caribou’s earlier sound, and “Swim” experiences something of an identity crisis. Caribou seems to lose his nerve, and the meandering, spacey sounds of “Andorra” reappear.

The combination of genres sounds promising. With the three opening tracks of “Swim,” Caribou shows he can do dance. And he’s proven with remarkable consistency over a decade of music-making that he can do ambient electronica. But somehow, when those two aspects merge in songs like “Bowls” and “Leave House,” they lose much of what makes them compelling in the process. Less than the sum of its parts, the record’s middle section decelerates and de-energizes the music, and the result is little more than tedious.

“Leave House” wanders through tweeting woodwinds and sinusoidal synths without any apparent destination in mind. “Bowls” switches genre halfway through, starting with an intriguing but uninspired wash of strings and chiming percussion before segueing into a fairly standard dancefloor-filling riff. Perhaps the worst offender is “Hannibal,” which clearly aspires to be a dance track but, for all its echoes of New Order and layered instrumentals, never achieves liftoff, sinking instead into a repetitive morass. None of these tracks are exactly bad, but they all feels slightly aimless, lacking both the propulsive physicality of Caribou’s dance music and the fragile beauty of his spaced-out electronica.

With “Lalibela” and “Jamelia,” Caribou gives up completely and returns to his more airy roots, and the songs are better for it. The former, in particular, uses swelling, melancholic synthesizers and delicately whispered vocals to haunting effect. While “Lalibela” recalls the best of Caribou’s previous releases, that song and “Jamelia” are strange fits on an album dominated by pulsating drum-and-bass beats. Still, they’re a welcome break from the indecisiveness of “Swim’s” fallow middle section.

This indecisiveness, rather than the music itself, is what holds “Swim” back. The album seems to reside in an odd limbo, demonstrating superb dance tracks and Caribou’s continuing mastery of his familiar fields, but failing to commit to a cohesive vision of either. The album’s confusion might induce a little nostalgia for the sweeping sounds of “Andorra.” But more than anything, Caribou should be applauded for his courage in releasing a record that strays far from the formula of his previous releases. The only disappointment is that he didn’t go far enough.