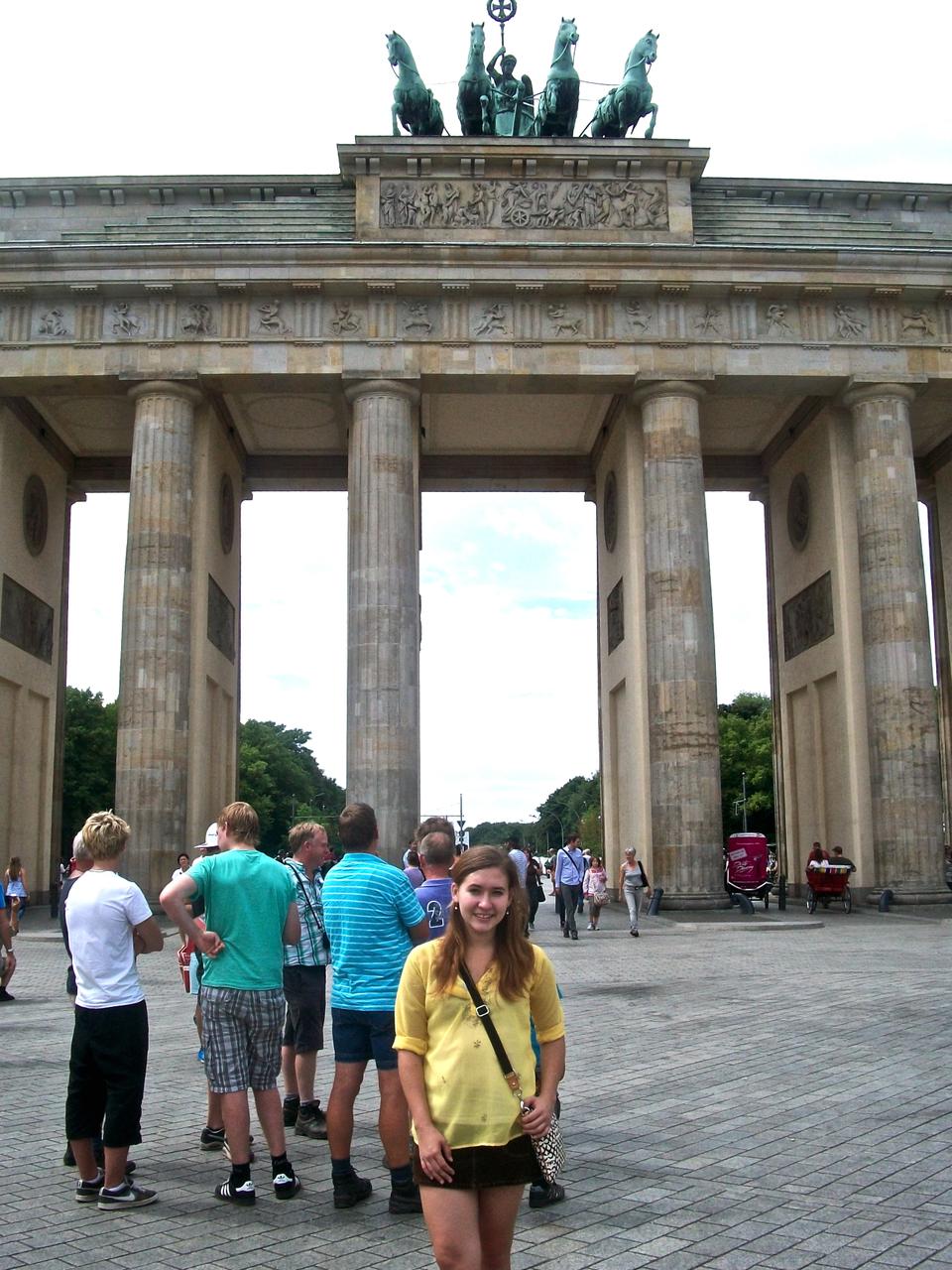 Nedzhvetskaya’s journey to Bonn began earlier this year, during her freshman spring term when she applied to the Harvard College Summer Program there.

Interested in biomedical research, Nedzhvetskaya was drawn to the program because it offered her the opportunity to conduct research through Harvard in a new, exciting environment.

When informed of her acceptance into the program late in the spring, Nedzhvetskaya chose to work in the Hoch laboratory at the Life and Medical Sciences (LIMES) Institute.

In the laboratory, Nedzhvetskaya’s time was spent investigating a gene in the species Drosophila melanogaster—the scientific name for the fruit fly—a common model organism used in biological research. The gene, Obst-A, was thought to affect the growth of Drosophila lungs.

“We were interested in studying how Drosophila lungs function because the system can be used to model how other organisms’ lungs function,” said Nedzhvetskaya of her work.

Under the supervision of her mentor, Dr. Mattias Behr, Nedzhvetskaya confirmed that the mutant Drosophila flies created via gene knockout did, in fact, have the correct mutations in the target gene.

Her results were positive, indicating that the prepared Drosophila models were indeed mutants.

As a result of Nedzhvetskaya’s efforts, research into the function of the obst gene family can now begin in earnest.

Outside of the laboratory, Nedzhvetskaya spent her time traveling to a number of European cities.  Outside of Germany, her travels included Paris, Amsterdam, and Brussels; and within Germany, they included Dresden, Dusseldorf, and Cologne.  Her favorite trip, though, was one she took to Stockholm, where she enjoyed a traditional Swedish dinner, eating crayfish with her host family.

Of her experience, Nedzhvetskaya says, “Most everyone in Germany is really friendly and welcoming.  My labmates also had a great sense of humor—obst means fruit in German, and Drosophila are fruit flies.”

—Staff writer Nitish Lakhanpal can be reached at nitishlakhanpal@college.harvard.edu.