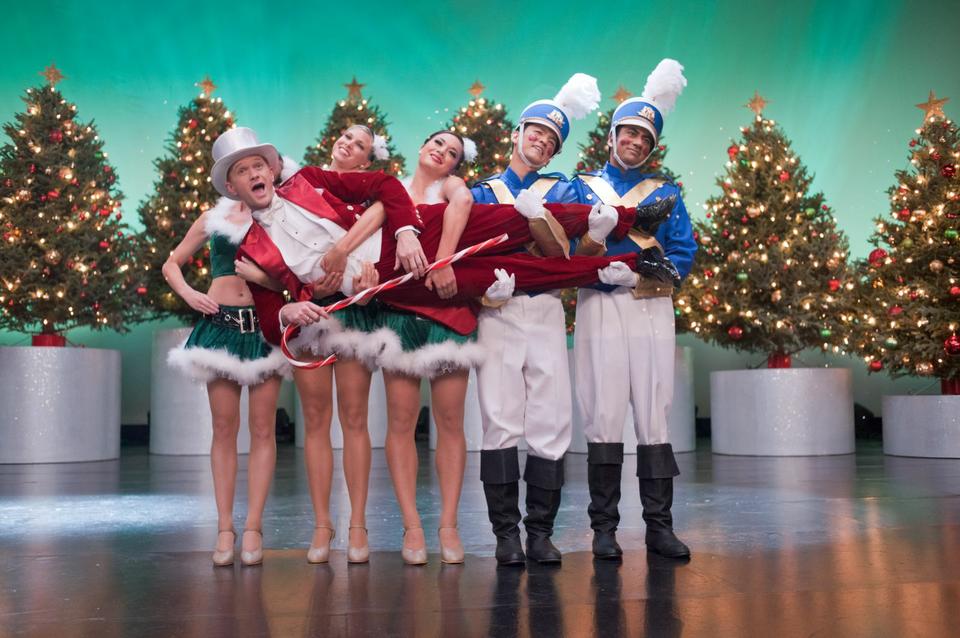 With Christmas approaching, it would seem fitting that John Cho and Kal Penn reprise their roles as Harold and Kumar to inject a little holiday irreverence into the season with their third cinematic installment, “A Very Harold and Kumar 3D Christmas.” Yet, while the film’s elements of farce, dramatic irony, and conventional stereotypes should set the stage for an entertaining satire, “A Very Harold and Kumar 3D Christmas” feels more like a disappointing Christmas present as it is unwrapped. Funny jokes are few and far between, with some crossing the line from comedy into sheer crassness.

At movie’s outset, Harold and Kumar are leading separate lives with new friends in new circumstances. Harold has gone on to become an investment banker on Wall Street. He is living in a comfortable suburban home after having left his pot-smoking days behind as he and his wife try to have a baby. Kumar, meanwhile, is still a bachelor, and has suddenly been thrown a curveball by his ex-girlfriend: he’s going to be a father. A mysterious package for Harold is dropped off at Kumar’s apartment and reunites the two friends once more. The present, high-quality pot, quickly leads to the unfortunate accidental incineration of Harold’s father-in-law’s precious homegrown Christmas tree. Rather than incurring his father-in-law’s wrath, Harold decides to embark on an adventurous journey with Kumar to find a replacement.

The film compensates somewhat for its rather one-dimensional plot and characters with its literally three-dimensional visuals. Be prepared for artificial weed smoke being puffed into your face, occasional eggs being thrown in the audience’s general direction, and various unmentionables on full display. Yet this visceral imagery does little to enhance the comedy and comes across as unnecessary and even hackneyed. Harold’s office assistant’s remark that a cutting-edge 3D television set would make “Avatar look avatarded” leaves a distinct feeling that the joke is really on this movie.

“A Very Harold and Kumar 3D Christmas” incorporates all the stereotypical elements of a stoner comedy, albeit with slight twists in keeping with its holiday theme. Thus, the film features a Santa Claus as a weed dealer and a baby high on crack who lights up with said Santa. Similarly, there is the standard in-law nightmare, as Harold deals with his menacing Hispanic caricature of a father-in-law (Danny Trejo), who comically resembles the villain portrayed by Trejo in “Once Upon a Time in Mexico.”

Some of these jokes do provide the classic comedy and jesting irreverence with which Harold and Kumar are traditionally associated. Bawdy humor and dramatic irony that satirize racism and discrimination pervade the film—a virgin desperately seeking to pop her cherry tries to rape Harold after turning down Kumar with the perfunctory comment “I don’t date black guys.” Neil Patrick Harris plays an ingenious parody of himself: a gay actor who uses his supposed homosexuality as a front to get close to the ladies.

But while these gags succeed, most of the film is comprised of crass jokes with little imagination. For instance, when Harold and Kumar concoct a plan to steal a Christmas tree from a church, scenes of naked nuns and a pedophilic bishop undermine the humor of the scenario and shade into vulgarity. Similarly, the film’s Heaven is unoriginally portrayed as chock full of booze and breast-baring broads.

The actors themselves do the best they can with this material, but are consistently diverted by the feeble script and even feebler comedy. Thus, while there are several touching scenes between the two protagonists as they attempt to reconnect after many lost years, Harold and Kumar’s shared moments are ultimately marred by the film’s failed attempts at humor.

The close of the movie hints at a possible fourth installment to the series. But if you’re not a Harold and Kumar fan, don’t expect “A Very Harold and Kumar 3D Christmas” to make you a believer.