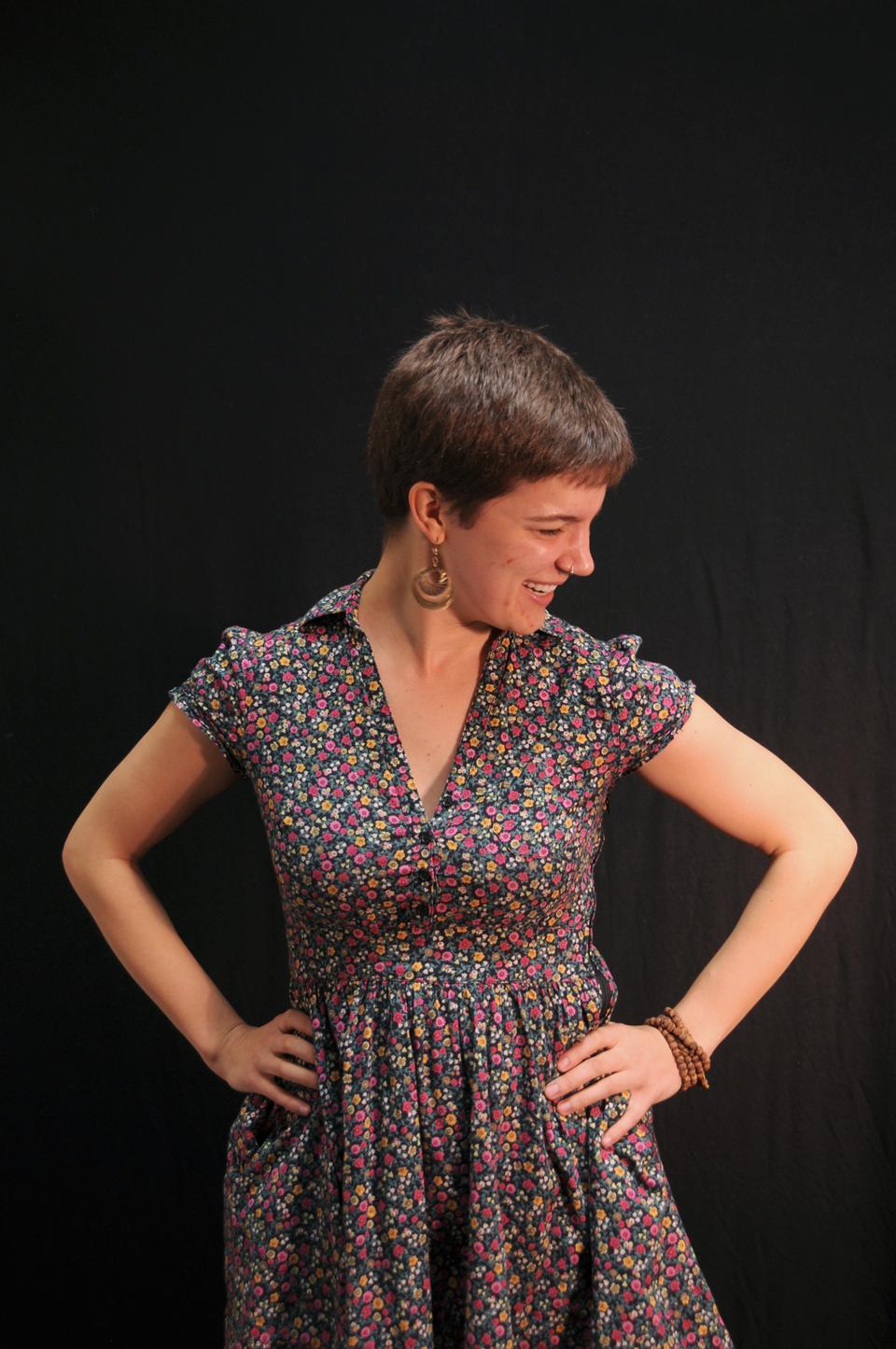 Housing day is an important moment for all Harvard freshmen, as they find out whether they will spend their next three years walking the distance to the quad or living amidst mice and roaches on the river. But for Katherine M. “Ty” Tygielski ’11, the day proved to be far more decisive than it was for most of her peers. It was not being placed in Mather House, however, that changed her life. Rather, it was her fortuitous discovery of the webcam on her MacBook.

“I was flabbergasted,” she says. “I turned this MacBook around, and carried it around Apley. I spent hours and hours shooting a film and editing it, and my next door neighbor came over and said, ‘you should just do a class and get credit for this.’ My housing day movie was my first film, and I was sold.”

Now a visual and environment studies (VES) concentrator, Tygielski has recently completed a senior thesis film entitled “The Shape of Things,” which documents the learning experience of kindergartners in a Nepali school for deaf children. But whether making an ad hoc film about housing day or working on her senior thesis across the Atlantic, Tygielski always maintains a sense of playful discovery in her work.

“I felt like the classroom was a playground for me as well as for [the kids],” Tygielski says. “Kids have this way of looking at the world that we’ve forgotten, and I wanted to capture that on film and to share it with the world.”

In her junior year, Tygielski took a semester off to live in Nepal, where she worked for three months in a school for deaf children and shot two short films. For her thesis, she returned to a different, larger deaf school in order to continue her exploration of South Asian deaf culture.

“It’s still considered taboo in a way to be deaf in Nepal. Parents don’t really make any effort to learn sign language,” says Tygielski, who has herself mastered Nepali signing. “When kids get to the school it’s really their first time learning language and communicating with other deaf kids. It’s a very unique opportunity to be able to capture this on film, and watch language developing, and actually seeing these kids being shaped by the world around them.”

Associate professor Lucien Castaing-Taylor’s course on Sensory Ethnography, which Tygielski took before leaving for Nepal, was extremely influential in shaping her approach to documentary film.  “I went into that class hating the long take; I didn’t want to sit through three minutes of one shot. But now I love it, and I can’t do the two-second shots anymore,” she says.

Alfred Guzetti and Amie Siegel are among the other VES professors whom Tygielski identifies as her greatest inspirations, though she is quick to express her love for the VES department in its entirety. “In documentary film, Harvard is the place to be. There are so many fantastic professors, and it’s a very supportive community,” she says.

But Harvard is not the only place where Tygielski has pursued her interest in filmmaking; in addition to her work in Nepal, she also spent a summer interning in New York City at In Motion Productions, a company that does work for Sesame Street and for other non-profit organizations.

This summer, Tygielski will be working as a videographer at the Acadia Summer Arts Program, an artist’s retreat in Bar Harbor, Maine, after which she hopes to go on a three-month yoga retreat. Beyond that, she may be interested in graduate school, though she is torn between film school, divinity school, and Harvard’s Graduate School of Education. Regardless of where she ends up, Tygielski is hoping to continue working in film. She is especially interested in exploring childhood, deafness, and what she describes as “the more meditative aspects of film.”

“Film and the arts can be such a playground, and such a great place to explore and experiment,” she says. “There are no rules. There’s no right and wrong. You just play.”

—Staff writer Rachel A. Burns can be reached at rburns@fas.harvard.edu.