'Straw Dogs' is Too Coarse for Comfort 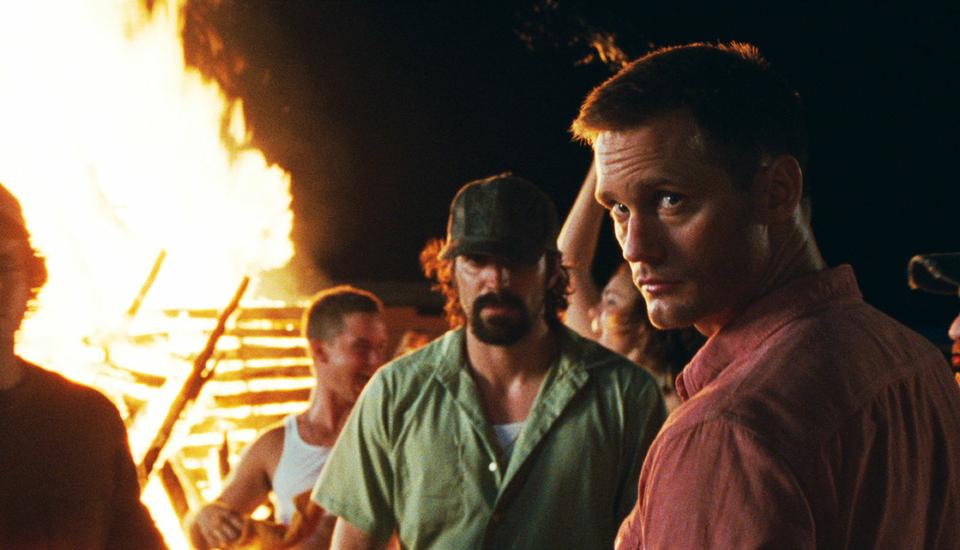 In ancient China, “straw dogs” referred to ceremonial objects that were at first adored and revered, but then quickly discarded when the occasion for their use had passed. It’s a group of these castaways and misfits in human form that comes into direct confrontation with the protagonists of Rod Lurie’s remake of “Straw Dogs,” a coarse, violent story of culture clash and the limits of civilization. But despite having complex, multi-layered source material from which to draw, Lurie’s “Straw Dogs” is unable to handle its heavy, primal material, and instead presents a shallow imitation of its predecessor.

“Straw Dogs” begins with a young couple, Amy (Kate Bosworth) and David Sumner (James Marsden) arriving at Amy’s hometown in rural Blackwater, Mississippi. Quickly they come at odds with the locals, and in particular Charlie (Alexander Skarsgard), Amy’s high school ex-boyfriend. Tensions rise, and the urbane couple soon find themselves embroiled in a life-and-death struggle far from the comforts or safeguards of society.

The original “Straw Dogs,” featuring Dustin Hoffman and Susan George in the lead roles, was controversial at the time for its graphic depiction of rape and violence. But while Lurie tries to tackle these subjects himself, he does so in such an abrasive way that the aftertaste is unpleasant—not so much provocative as repulsive. “Straw Dogs” is too often tactlessly explicit with its message and imagery, and in so doing sacrifices any sense of subtlety; this prevents the implications of its contents from manifesting naturally. The film wields the cinematic equivalent of a sledgehammer, when its material calls for a scalpel. From the testosterone-filled masculinity complex that pervades the film to its gratuitous display of murder and death, “Straw Dogs” is saturated in stereotypes that prevent it from becoming anything more than a superficial remake.

Much of this failure lies in Lurie’s screenplay and the poorly drawn people that inhabit it. The wants and desires of the characters are not clearly defined, leaving them hollow and devoid of real emotion, and the audience confused as to their motivations. Charlie is clearly attracted to Amy, but why is he still so attached to her after so many years apart? What was the substance of their prior relationship? Why is Janice (Willa Holland), the daughter of the drunkard Tom Heddon (James Woods), infatuated with the local outcast Jeremy Niles (Dominic Purcell), who clearly is not in the right state of mind? It’s these basic questions that make the movie a muddled mess, rather than a stark, vivid display of wrong and right and the gray areas in between. It’s impossible to empathize with characters who make so little sense.

This is a shame, particularly in light of the spirited performance of Bosworth, who manages to stretch what little she is given to its maximum potential. As Amy, Bosworth—unlike most others in the film—is able to evoke compassion and sympathy from the audience as her character struggles with the aftermath of rape. The subtlety in this portrayal stands in stark contrast to the blunt, underdeveloped acting that occupies the rest of “Straw Dogs.” Skarsgard, who is primarily known for his parts in the TV shows “True Blood” and “Generation Kill,” performs well enough considering the confines of his character, but the range of his emotions does not differ much from his past roles.

The unevenness that permeates the film extends to its pacing and tone. Starting off with a dramatic lull, “Straw Dogs” gives its audience a misleading impression as to how it will handle the conflict between its characters. A sudden break in narrative tenor for the film’s final reel, culminating in an attack on Amy’s and David’s house, is unwelcome and startling, akin to the experience of blood rushing to the head. It’s as if two different movies were melded together, without any common thread. This volatile turn is far too much, far too late, and makes a mockery of the movie’s message by shading into oft-offensive B-grade horror movie antics.

Ultimately, “Straw Dogs” does not have the astuteness or creative dexterity to examine the primal nature of the human psyche or the cynicism of civilized society. Something rings false about the film. Much like the straw dogs that are thrown out in the street, this is a film that will be remembered as nothing more than a fleeting remake—if at all.