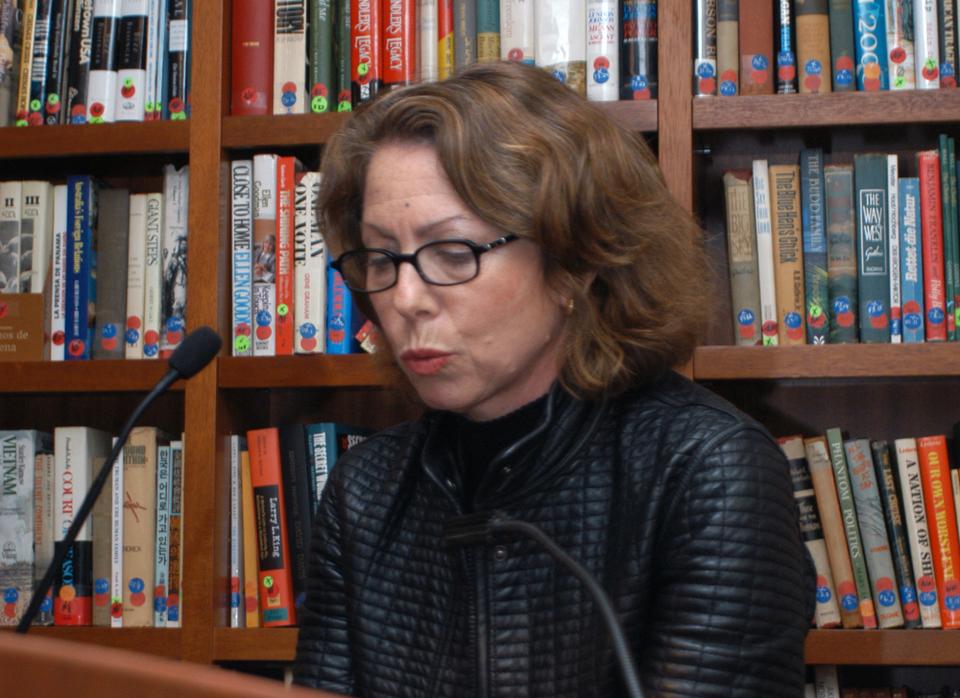 With the newspaper industry in a state of flux, a time when the editors of The New York Times were scratching their heads over how to build a sustainable financial model for a 21st century newspaper, then-Managing Editor for News Jill E. Abramson ’76 hit the pause button on her daily duties and embarked on a six month sabbatical known as “Jill’s Big Adventure.”

During that time, Abramson immersed herself in the paper’s digital operations and toured the newsrooms of innovative online publications like The Huffington Post and Politico, an effort that in hindsight seems geared toward digitally grooming the future executive editor of the Times.

Today, Abramson takes over from Bill Keller as the executive editor of the nation’s arguably most prestigious daily newspaper.

But Abramson’s path to the top of the Gray Lady’s masthead has been anything but smooth, beginning at Harvard College and snaking through a series of American publications.

According to her friends and media reports, Abramson is a gritty, fearless editor unafraid of taking on daunting challenges while at the same time rising above one of the paper’s darker chapters in recent years.

Now, the Times—like nearly every other newspaper—must make hard decisions about how to position itself to ensure its survival, a challenge that has many worrying about the future of journalism.

But in Abramson the Times now has an executive editor who has overcome her own share of challenges—as a woman navigating the male dominated culture of American newsrooms, recovering after being hit by a truck outside Times headquarters, and moving beyond the Times often criticized coverage of the run-up to the Iraq war, which as Washington bureau chief Abramson oversaw.

Abramson began her career at Harvard just a year after the University implemented a co-ed living system. Abramson’s degree bears the name of Harvard-Radcliffe, and during her time in Cambridge the gender segregation of the previous era lingered.

Now, Abramson is the first woman to hold the position of executive editor at The Times.

A New York native, Abramson’s time at Harvard passed in the fashion typical of most students. She tried her hand on stage to mediocre reviews, wrote her History and Literature thesis on the unemployed in Britain during the Great Depression, and edited the Radcliffe Union of Students newsletter. She also met her future husband, Henry Little Griggs III ’76, at the College.

But Abramson’s path through journalism eschewed the traditional path of many professional journalists who have attended the College. During her college years she wrote as a stringer for Time Magazine. Then, in 1976, she covered that year’s presidential race for the magazine.

“I remember being in the bar of the Sheraton Wayfarer the night of the New Hampshire primary, so proud of the press credential dangling from my neck. I gazed at all the famous ‘boys on the bus,’ including Jack Germond and Hunter Thompson. But as a very young woman, I didn’t dare belly up to the bar. Those days are over,” she told the Times in 2010.

Shortly after graduating, Abramson was recruited to work at a start-up magazine, the American Lawyer.

But because the industry had previously received little coverage, lawyers were hesitant to talk to any reporter—regardless of age or gender.

American Lawyer, where tight-lipped sources were the norm, gave Abramson and her colleagues invaluable training as reporters.

Ellen Pollack, a good friend of Abramson who also worked at the paper, remembers her as a dogged reporter with a knack for getting the story.

“Her instincts on a story are amazing,” Pollack said. “It’s like she has a magical radar. It’s experience but also intuition and smarts.”

“She was eager,” Brill said. “She really shined quickly and progressed very rapidly where all the reporting was hard.”

But maybe more importantly, as a cub reporter at the paper, she was more than willing to put in long hours.

“A lot of people would do a story and make a few phone calls—we would have to make 100 phone calls and do a story,” Pollack said. “But we were also having a huge amount of fun. We had a little tiny space at Esquire magazine and we were all huddled together. It was like we are all dorm mates working on these stories. We were practically sitting on each other’s laps, and we all came into work on Sundays.”

So when Abramson relocated to Washington D.C. because of her husband’s job, Brill says her decision to move was a driving factor behind his decision to start a D.C. branch of American Lawyer.

When it was announced in June, Abramson’s appointment as the Times’ executive editor was not seen as a surprise by most observers. Pollack claims she knew long ago that Abramson would eventually take over.

In a newsroom where many of its reporters and editors have spent the entirety of their careers, Abramson is an exception. She also has not worked as a foreign correspondent for the paper, a position that many see as a required credential for the paper’s top editor.

But as a New Yorker, Abramson grew up in a family that she says worshipped the paper.

“In my house growing up, the Times substituted for religion,” she said in the Times article that accompanied the announcement that she would succeed Keller. “If the Times said it, it was the absolute truth.”

But it was at Times rival The Wall Street Journal that Abramson established herself as a top-tier reporter, working as one of the Journal’s White House correspondents.

Eventually, however, the opportunity to work at her first journalistic love presented itself. Despite reportedly being offered more money to stay, Abramson left the Journal much to the disappointment of then-Managing Editor Paul Steiger.

“Jill’s [departure] was one of the very few, one of the only I can think of, that 6 months after she left I could feel her loss in our coverage,” Stieger said. “In most cases when a star left, the system kind of reacted and someone came along, stuck to the job, developed it and we didn’t miss a beat. Jill’s departure was felt, I felt, for quite some time afterwards.”

After leaving the Journal, Abramson ascended to the position of Washington bureau chief, overseeing a controversial period in the Times’ editorial history.

Abramson ran the paper’s Washington bureau from 2001 to 2003, a period that included the run-up to the Iraq war. During that time, the Times ran a series of stories, many authored by reporter Judith Miller, that supported the Bush administration’s contention that Iraq had pursued the development of weapons of mass destruction. That turned out to be false, and many of the stories that backed the White House’s line on WMDs came out of Abramson’s Washington bureau.

Abramson has not ducked responsibility for its coverage during that time. In a review of four books by Washington Post reporter Bob Woodward about the Bush administration, Abramson stepped back and admitted that she should have done more to push back against the Bush White House’s claims about Saddam Hussein’s pursuit of WMDs.

New York Times staff writer James Risen and Woodward had independently produced similar stories that cast doubt on Bush administration intelligence reports regarding Iraqi WMDs, but Abramson says she was not a sufficiently strong advocate for the story.

“I was Washington bureau chief for The Times while this was happening, and I failed to push hard enough for an almost identical, skeptical article, written by James Risen,” she wrote in September of 2008. “This was a period when there were too many credulous accounts of the administration’s claims about Iraq’s WMDs (including some published in The Times and The Post).”

In 2004, the Times published an extensive editor’s note describing how it had failed in its coverage during the lead up to the invasion of Iraq, but despite overseeing much of that coverage Abramson has continued to rise through the paper’s ranks.

Now, Abramson faces the challenge of fully implementing the paper’s digital strategy. The Times recently put in place a metered pay wall that gives readers access to 20 articles per month before requiring purchase of a paid subscription.

The system has been criticized for being easy to bypass, but early reports suggest that the Times may have found a model to generate significant revenue from its digital operations. Since launching in March, the paper has garnered 224,000 digital subscribers while at the same time maintaining a healthy 33 million unique visitors per month, which was in line with its pre-paywall volume.

In the second quarter of this year, the Times logged an operating loss of $114.1 million, but excluding the write down of a significant chunk of debt, the paper made a profit of about 14 cents per share, according to Forbes.

These results are encouraging for a paper that has gone through newsroom buyouts and layoffs but by no means implies that the paper has reached sound financial footing.

Additionally, the paper still has to transition fully from its print-centric heritage to a model that places the web at the forefront of its wide range of content. But preliminary signs indicate that Abramson may be the woman for the job.

Jen Preston, a social media repoter at the Times, tweeted, “For all of you wondering about Jill Abramson and the Web? Jill gets it. And she’s fearless. We’re lucky.”

Her editor from the American Lawyer agrees.

Brill said, “She is singularly equipped among the leading editors in the country to take the New York Times from the preeminent organization that chops down trees and delivers the news to your doorstep, to the leader that delivers the best news in whatever way you want it.”

This story has been revised to reflect the following correction.

The Sep. 6 article "Jill Abramson Takes Top Post at New York Times" misidentified Jen Preston's position at the paper. She is currently a social media reporter and not the social media editor, though she formerly worked in the latter role.