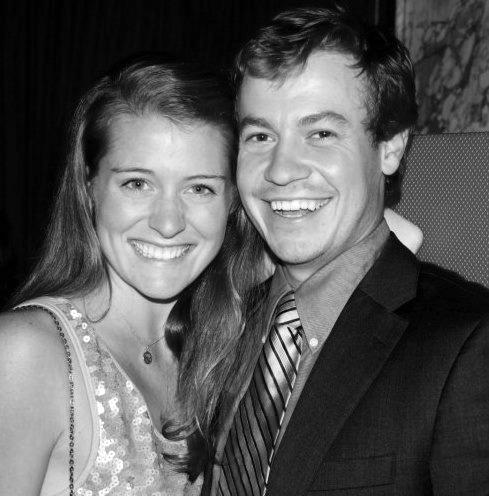 When Elizabeth R. Holly ’12 first saw Jeff R. Reynolds ’12, he was staring at the ceiling of Annenberg Hall.

It was a few months into their freshman year and Holly recognized Reynolds as a member of Harvard’s varsity baseball team.

“I was with a friend and I said, ‘Let’s go chat with the baseball boys,’” Holly recalled.

Reynolds said he was with a teammate, “staring up at the ceiling because it was so high.”

“I’m sure she was wondering what the heck we were looking at,” Reynolds added, laughing.

The two became friends and then began dating a few months later. Their first “one-on-one” date, Reynolds said, was at a Christmas a cappella concert in Sanders Theatre.

The couple will marry not far from the site of their first date, in Memorial Church, on September 22, 2012.

Reynolds proposed to Holly in September of 2011, having asked for her parents’ blessing during the summer. He took her to dinner in Boston and had invited her family, his family, and six of their friends. The group hid while Reynolds asked Holly to marry him and then surprised her, leading to what Reynolds described as “an impromptu engagement party.”

The couple plans to take a honeymoon in the near future and are considering, Holly said, Vietnam and Australia as possible destinations.

But the two say they are looking forward to holding their wedding at Harvard, where they first met and fell in love.

“It’s been really cool to get to meet her here and go through college with her,” Reynolds said. “I’m excited to go through everything else. Going to Harvard with her has been an absolute blast.”