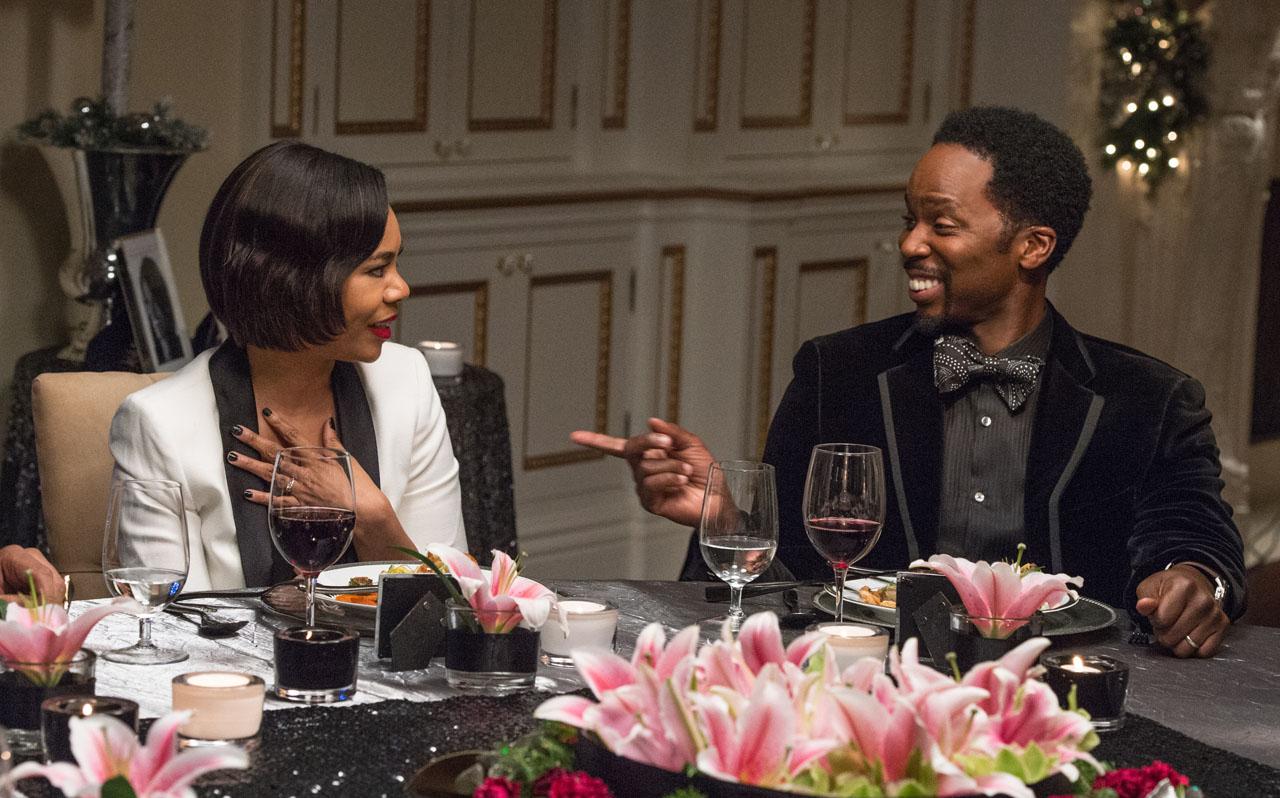 Nia Long and Harold Perrineau both feature in “The Best Man Holiday,” the sequel to the 1999 film “The Best Man.” Both films were written and directed by Malcolm D. Lee, also known for “Welcome Home Roscoe Jenkins.”
By Caroline B Hubbard, Contributing Writer

Who says that getting older actually means growing up? The new comedy “The Best Man Holiday” is about a group of nine friends who reunite years after college for what is anything but a relaxing and peaceful holiday weekend. It features an all-star cast of actors including Taye Diggs, Sanaa Lathan, Morris Chestnut, Nia Long, and Terrence Howard, who are sure to be the film’s main attractions. Over the course of the holiday weekend, sticky situations arise as memories from the characters’ complicated pasts are dredged to the surface. “Best Man Holiday” is a thoughtfully crafted film that addresses many of the complex questions which arise in adult relationships while maintaining a light and humorous tone.

The film touches on themes such as interracial dating, miscarriages, fatal illness, adultery, and dishonesty, all palpably real issues that resonate strongly even amid a bevy of juvenile jokes. Additionally, as each issue is brought to light, the problems shift from individual qualms to communal concerns, heightening the drama. Each character fulfills a certain archetype—a workaholic, a self-serious athlete and a failing author, among others. The struggles of all these characters become compounded once they are revealed to the group—at which point they transform into a whirlwind of chaotic holiday madness.

The film begins with a flashback, which highlights some of the core conflicts between each character. However, while this montage aims to abbreviate a large amount of critically relevant plot detail, it mainly creates a significant amount of confusion. Since the issues highlighted in this flashback are central to the plot of the movie, it would have been wise for  writer and director Malcolm D. Lee to devote a little more time and care to this sequence. Much of the later drama in the film draws upon the complicated backstories of the film’s characters, and it is unfortunate that these are not better served in the film’s introduction.

Although the movie touches on some heavy themes, it balances them nicely with the light-hearted crass humor, which is principally maintained by the film’s comic relief, Quentin Spivey (Howard). This balance is often times very difficult to maintain, but it seems as though Lee has it down to a science. In between dramatic and tear-filled scenes, the movie is filled with locker-room banter about sex, marijuana, and other profanities. After a fun-filled and wholesome evening, Quentin suggests with innuendo to two of the wives, “It’s Christmas—I am willing to give and receive!”

The film is rather formulaic in terms of character conflict resolution. Conflicts are take one of two forms: either boisterous screaming matches between feuding women, which involve weave-snatching and name-calling, or full-on brawls between resentful men. When a scandalous YouTube video surfaces that depicts Candace Murch (Regina Hall) in a compromising position, Shelby (Melissa De Sousa)—who is the ex-girlfriend of Murch’s husband Julian (Harold Perrineau)—insults her and fist-fighting ensues. Rather than owning up to her lapse in judgment or dealing with the situation in any meaningful way, Murch grows defensive, and storms out of the house, taking her children with her and leaving her husband behind.

Overall, the film is filled with clichéd melodrama, but the full arc of the story is both realistic and relatable. One can’t help but sympathize with the characters’ tragic stories, which are sure to leave Kleenex tissues scattered across movie theater floors. The film emphasizes the importance of valuing family and friendship and examines this theme in an approachable and amusing manner.