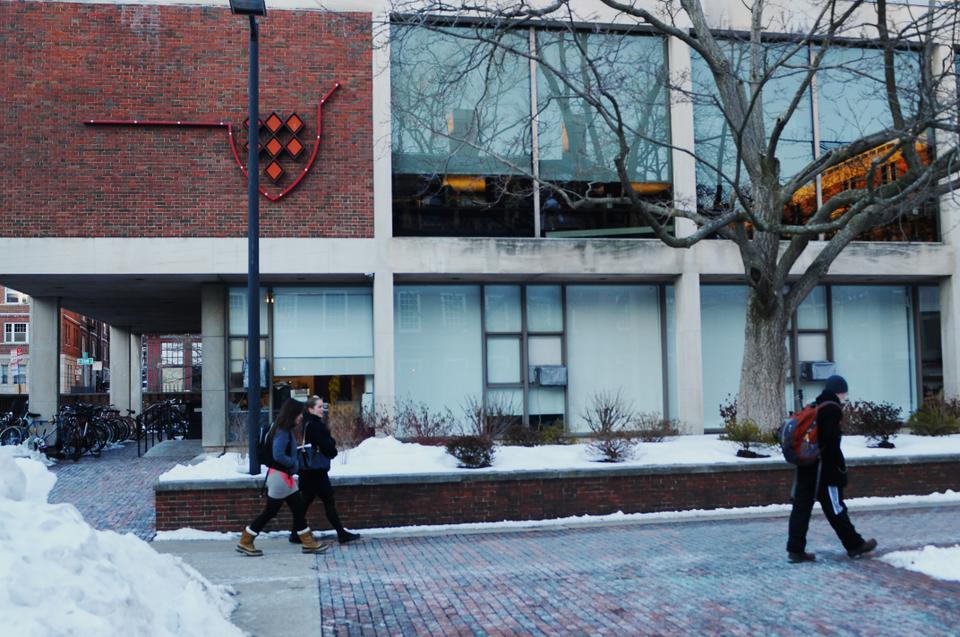 A female undergraduate reported being assaulted in the Quincy House courtyard early Monday morning, according to an advisory emailed by the Harvard University Police Department to members of the Harvard community.

At 1:35 a.m., the student was grabbed by two males who tried to pull her towards a nearby building, she told police. She fought off the assailants and escaped the courtyard without injury, but police were unable to find the suspects, according to the advisory.

The email stated that HUPD has increased its presence in the area and encouraged anyone with knowledge of the incident to tell HUPD’s criminal investigation division.

The notice also asked University affiliates to be mindful of Harvard’s “urban setting,” to be vigilant day and night, and to travel in groups and on well-lit pathways without distraction from phones or earbuds after dark.

HUPD spokesperson Steven G. Catalano declined to provide information about the incident beyond that contained in the advisory.

Quincy House resident Carina R. Fish ’13 said that she was surprised to hear about the reported assault and is concerned about the safety of Quincy courtyard. She said she was worried in particular because Quincy courtyard has two unlocked entrances and is “one of the few courtyards that are open past a certain time.”

It has been six months since HUPD released an advisory alerting the Harvard community about an assault. The most recent advisories came in August, when two separate reports of rape, the first in Harvard Yard and the second near Oxford and Kirkland Streets, came within the span of five days.

Monday’s advisory came only minutes before the House Masters and resident dean of Lowell House, which is across the street from Quincy courtyard, emailed the House about two alleged crimes that both took place this weekend. The email detailed the theft of the House banner from Lowell dining hall and the vandalization of a bronze bust that sits in Lowell courtyard between entrways D and E. The statue, which depicts abolitionist poet James Russell Lowell and was on loan from the Harvard Art Museums, was removed from its pedestal and deposited into a trash can, which apparently tipped over, spilling the statue and garbage onto the ground.

Officials have released no evidence to suggest that the assault in Quincy courtyard and thetheft and vandalization in Lowell were related.

“This was not a harmless prank,” wrote Lowell House Masters Dorothy A. Austin and Diana L. Eck and acting resident dean Caitlin M. Casey ’03. “This was a crime.”

They added that HUPD is investigating and asked anyone who saw the theft to speak up.

“We are assuming that this act was not committed by someone in Lowell House but by someone outside our community,” the administrators wrote.

“We also assume that a group of people didn’t try to steal a massive piece of bronze without anyone in the house seeing it,” they added.