Frosh of Class of 1963, Guinea-Pigs For The First Freshmen Seminars 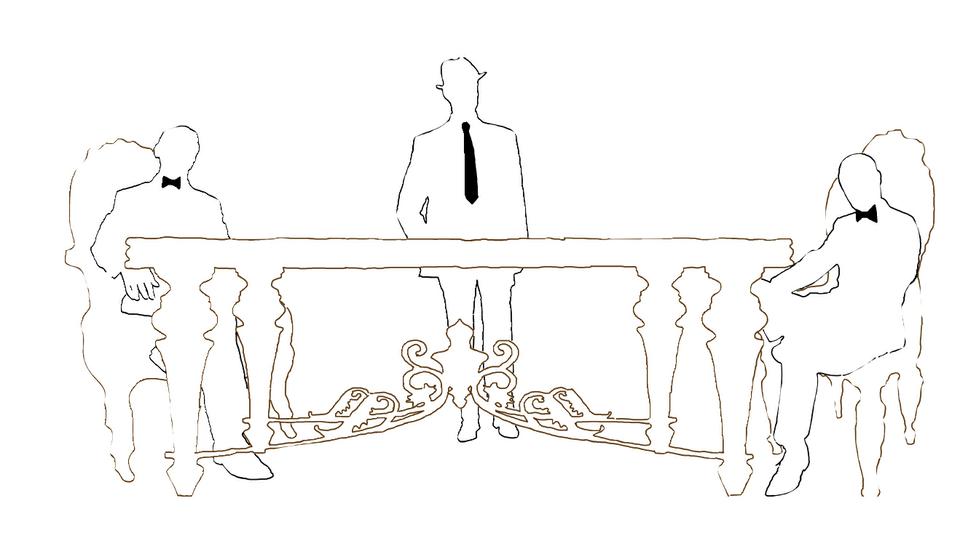 The Freshman Seminar is a standard phrase in Harvard College vernacular today and an experience shared by many students freshman year. But to the Class of 1963, the concept was a new option for their first-year course load.

Incoming students in the fall of 1959—the Class of 1963—could apply to be placed in one of about 20 seminars offered that year, when the “Freshman Seminar Program” was first coined. These small-sized classes initially drew criticism from faculty and students but drove an innovative change in the focus and direction of the traditional Harvard education that has since remained a staple of the Harvard undergraduate experience.

The desire for freshman seminars arose from a feeling that a student’s first year at Harvard could be improved by keeping students more engaged and involved with their studies. “Many of us have felt a continuing need to find new ways of sustaining the excitement these people have when they come to Harvard,” Dean of the Faculty of Arts and Sciences McGeorge Bundy told The Crimson in 1959.  “The Faculty is an exciting faculty, but it is often research-minded. The need, then, is to connect freshman excitement with faculty excitement,” he added, stressing the importance of high-quality undergraduate teaching.

Not all professors of the time were in support of the program, however. Leonard K. Nash ’39, a professor of chemistry, was skeptical that the University would be able to afford small group instruction with so few students per seminar.

However, financing the project was not an issue for the University. During the planning stages of the seminar program in the spring of 1959, an anonymous Harvard alumnus chose to donate to the program due to his dissatisfaction with his own freshman experience at Harvard. This donation allowed the program’s organizers, including the Office of Advanced Standing and a faculty committee, to ensure that seminars could be shaped around the idea of limited enrollment.

Referencing a one-on-one conference option he had given his students on a final term paper, Nash illustrated a lack of student engagement. “Out of about 10 students only five ever showed up, and many probably didn’t begin preparation until the day before it was due,” he said.

There was also concern that the satisfactory/unsatisfactory grading policy of freshman seminars would lead to apathy on the part of students.

“It’s a way for students to get to know other students and to explore a topic without the pressure of grades,” said English professor Louis Menand.

While many students at the time chose not to participate in the program, those who did had mixed feelings.

“[The seminar] could have been a lot better if the graduate teaching assistant was more interested [in the material],” said Edward J. Miller ’63. “He didn’t have the gravitas of a professor.”

Despite the fact that he did well academically in the seminar, Miller felt that the graduate student did not provide enough helpful feedback on assignments, especially when students were given the task of reviewing the play “Oedipus Rex.”

However, Miller acknowledged that others, including his own roommate, found their seminars to be much more exciting. “He talked about it all the time,” Miller said.

Today, the freshman seminar program is not exceedingly competitive. In the 2011-2012 school year, over 1300 students enrolled in a seminar. Although freshman may not always receive their first choice of seminars, many open spots are available after the initial placement of students.

However, this was not the case in the fall of 1959. About a quarter of the incoming class chose to apply to 22 seminars outlined in a catalogue sent to freshman before the start of the semester. This pool was nearly twice the amount expected, prompting Director of the Office of Advanced Standing Edward T. Wilcox to consider increasing the size of the individual seminars to meet demand.

While more than 400 students wanted to participate, just 160 freshman were chosen to be part of the seminars to ensure that each seminar consisted of no more than 12 students.

The purpose of the seminars, from the perspective of professors and administrators, has remained consistent since the program’s inception.

“Its purpose from the beginning has been to introduce students to new disciplines and areas of study in a discussion-based, small-group instructional setting under the expert guidance of a faculty member,” said Sandra A. Naddaff ’75, current director of the Freshman Seminar Program.

The seminars currently provide a unique learning opportunity that differs from that of standard concentration courses as well as those in the General Education program.

“These are not department courses or intro courses. They’re not really related to the Gen Ed requirements [either],” Menand said.

The seminar program followed the idea of the Gen Ed curriculum, first proposed in 1946, which allowed students to discover new fields of study that they may have not otherwise found.

“Like Gen Ed courses, freshman seminars can offer a wonderful introduction to a new field of study in an area outside of a student’s current academic interests or intended field of concentration,” Naddaff said.