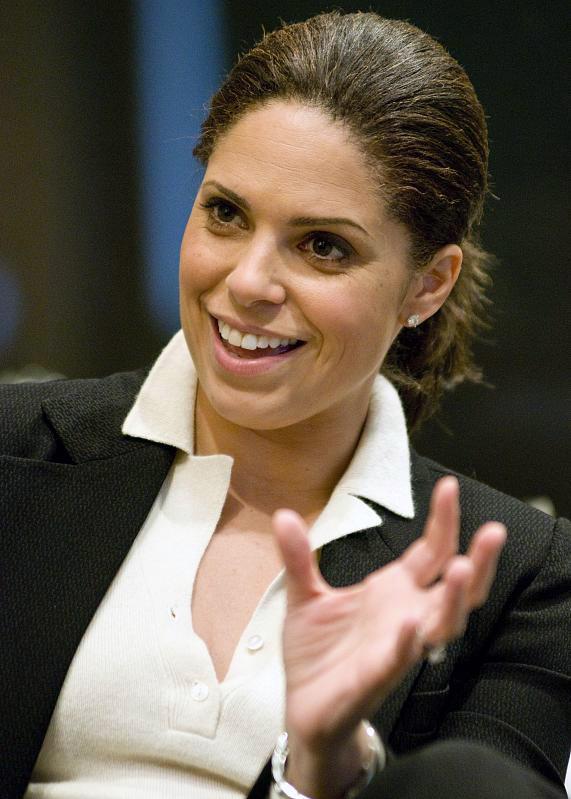 When Soledad M. O’Brien ’88-’00 was lobbying for the vote of Cabot House sophomore Charles “Bradley” Raymond ’89, she did not know that she was speaking to her future husband.

O’Brien, a Cabot House resident herself, was campaigning room-to-room in preparation for that year’s House Committee elections.

Neither Raymond nor any of his roommates ended up voting, but Raymond was struck by how personable “Soly” was.

O’Brien’s winning personality helped her clinch the HoCo seat, where she would organize House events and Housing Day festivities.

But after college, O’Brien would emerge from her role as a behind-the-scenes organizer to become one of America’s most recognizable broadcast journalists.

Perhaps most famous as the former co-anchor of the CNN show “American Morning,” O’Brien has earned accolades for her coverage of Hurricane Katrina and her critical portrayal of race relations in the “Black in America” and “Latino in America” documentary series.

Friends and family say that O’Brien’s success in the media industry can be attributed to her upbringing in a first-generation immigrant family and to her exposure to a diverse array of opportunities in college.

When O’Brien left her suburban Long Island home and entered Harvard as a freshman in the fall of 1984, she was following in the footsteps of her older siblings Maria O. Hylton ’82, Anthony N. O’Brien ’84, and Estela V. Ogiste ’85, all of whom graduated from the College before her.

Despite its numerous Harvard connections, O’Brien said she considers her family to be just like everyone else’s.

“When I think of a Harvard family, I think of a family who made enough money to build a library after them. We’re not that family,” said O’Brien.

“My parents were regular, middle-class folks who really valued education and encouraged their children to do well in school.”

O’Brien’s father, a mechanical engineering professor of Irish descent, and her mother, an Afro-Cuban French and English teacher, faced challenges as an interracial couple in the late 1950s.

According to Kim Bondy, O’Brien’s longtime executive producer and god-mother to O’Brien’s four children, O’Brien’s work ethic is a direct result of her upbringing.

“She’s a child of immigrants. Her parents are both super accomplished and smart people who have a very immigrant thought pattern about putting your head down and doing the hard work,” Bondy said.

According to Bondy, O’Brien’s parents also fostered her sense that many great stories were still untold.

“Soledad witnessed a lot of human tragedy over her career, from the tsunami to Haiti and Katrina,” Bondy said. “She over the years connected that to some of her early learning she got from her parents and from her mother, and her instincts are right to pick up on those kinds of stories.”

When she got to Harvard, O’Brien quickly immersed herself in college life.

“I loved being in a place where being smart was celebrated,” she said.

When O’Brien took a break from studying for her pre-med and English concentration classes, she played club and intramural rugby and volunteered with community service organizations, including Housing and Neighborhood Development and Phillips Brooks House Association.

“For me, Harvard was a time to figure out who I was,” she said.

According to her husband, O’Brien was very social, making friends across a wide variety of groups and cliques.

“It was very easy for her to integrate in a whole host of people, something that has borne out today,” Raymond said.

Above all, however, O’Brien appreciates that Harvard introduced her to Raymond, whom she befriended as a junior in college and started dating a few years after his graduation.

“Looking back, if there’s one thing I walked away with, it was an amazing husband,” O’Brien said.

Towards the end of her junior year, O’Brien left school to start working as an associate producer and news writer at WBZ-TV, an NBC affiliate in Boston.

Although dropping out of college can be a daunting experience, O’Brien said it was an option that made the most sense at the time.

“I was much more terrified about graduating without a clue,” O’Brien said. “That was much scarier to me. As soon I started working at a TV station, I knew I was going to love it.”

O’Brien’s consistently high-quality journalism enabled her to move up the ranks of media broadcasting, joining NBC News in New York as a field producer for Nightly News and Today. She became a local reporter and bureau chief for San Francisco’s NBC affiliate for three years and ultimately started work as an anchor at MSNBC in 1996.

This past year, O’Brien anchored the CNN morning show “Starting Point,” in which her confrontational one-on-one interview style became a trademark.

“Soledad does not suffer fools lightly,” said Bondy. “She knows when to call bullshit because she does her homework.”

After leaving Starting Point this past March, O’Brien launched her own production company, StarFish Media, through which she will continue to produce documentaries and expand her “Black in America” documentary series.

O’Brien is currently a visiting fellow at the Graduate School of Education and will deliver the Class Day speech at Harvard’s 376th commencement exercises.