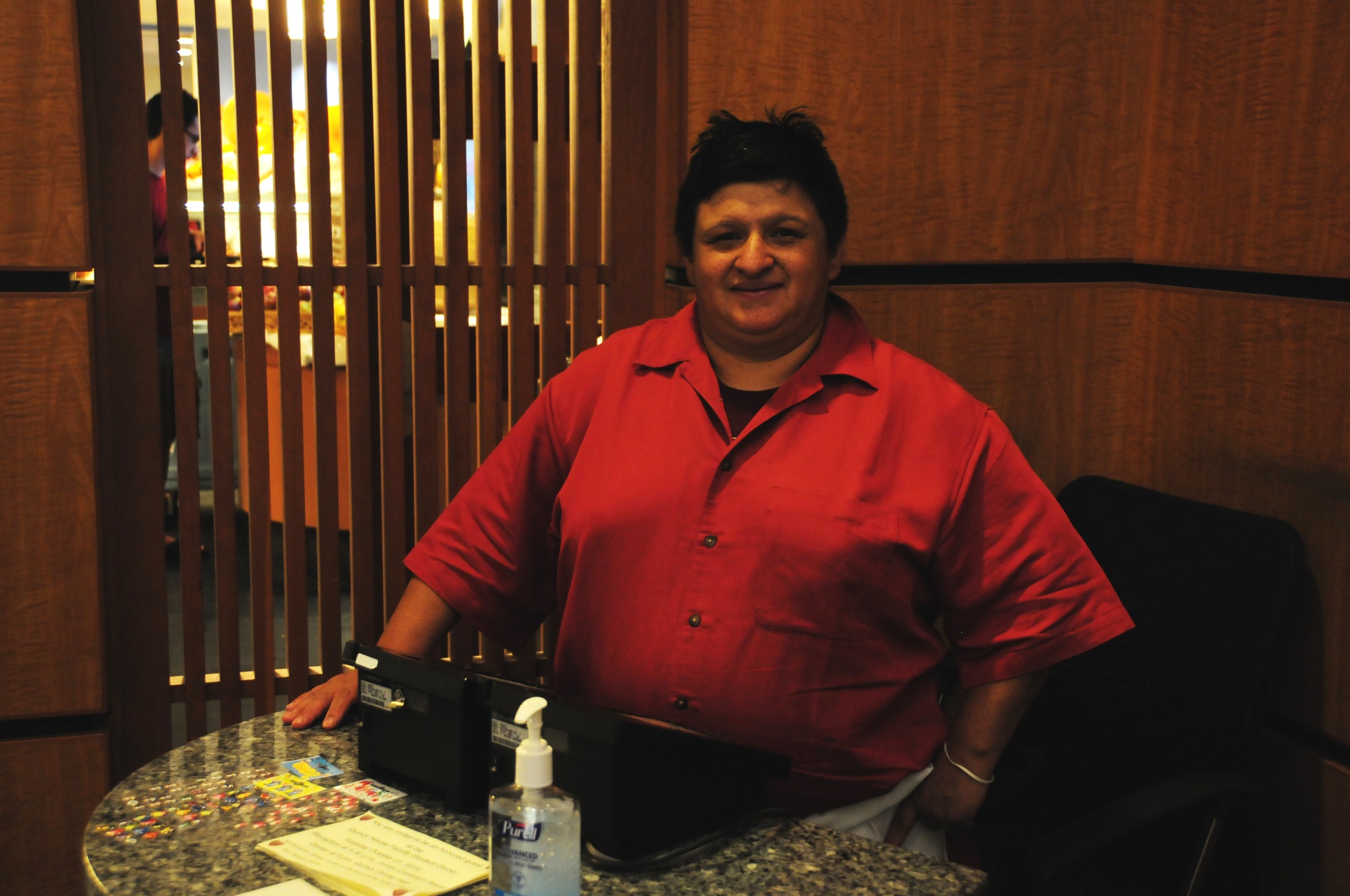 Ana Rodriguez, a member of the Quincy dining hall staff, won millions in the Massachusetts Lottery last week. Rodriguez estimates she has spent $10,000 on lottery tickets in recent years.
By Sara A. Atske and Jasmine Hakimian, Crimson Staff Writers

Quincy House dining hall staff member Ana Rodriguez was going about her normal routine before work last Friday morning when she decided to stop into Dollar Variety in nearby Everett, Mass. to buy lottery tickets.

Three $10 scratch tickets bore no results, but Rodriguez decided to test her luck once more, this time on a $20  purple “$10,000,000 Diamond Millionaire” scratch ticket, the second most expensive option in the Massachusetts lottery. She began to scratch. 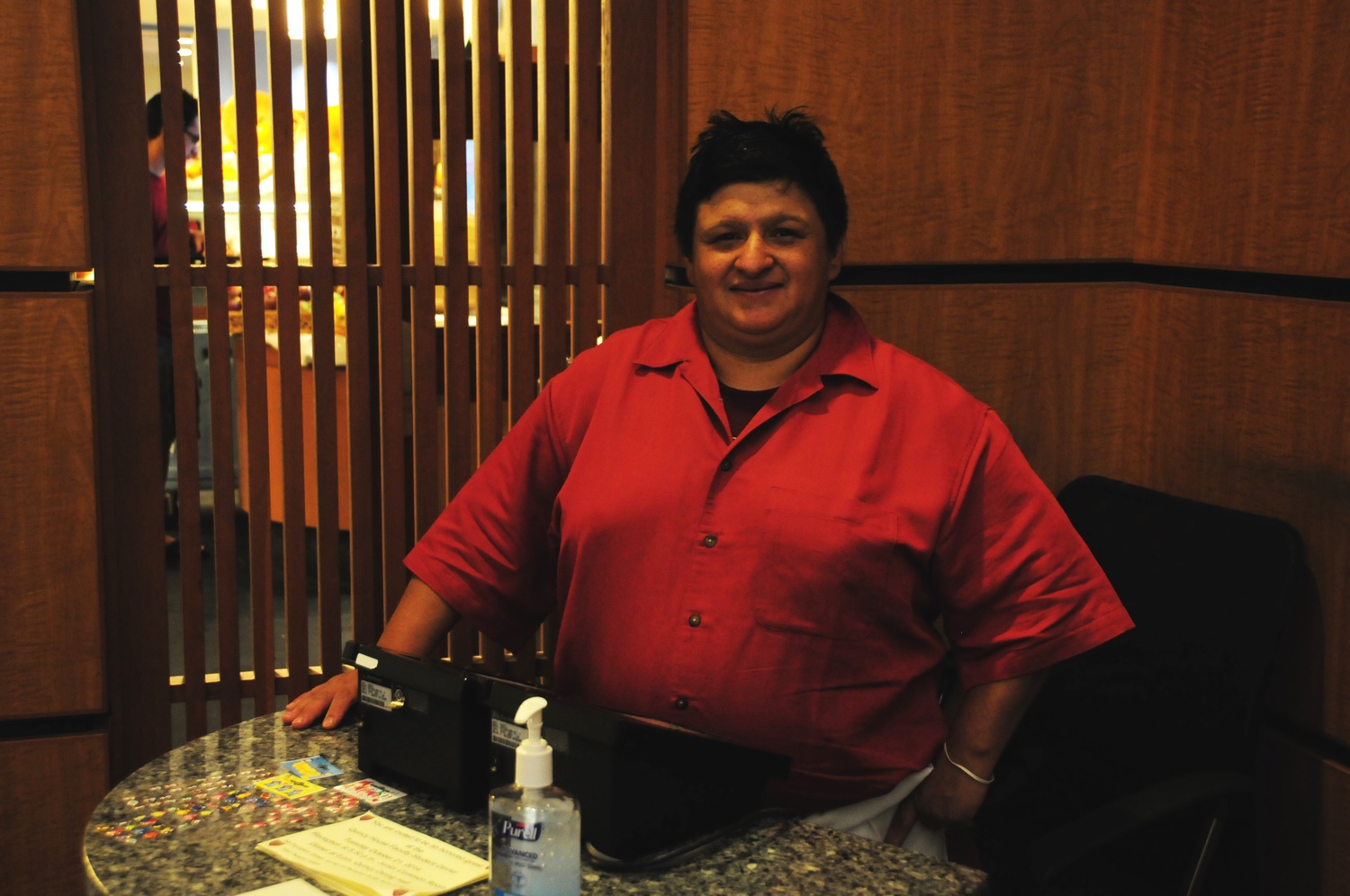 Ana Rodriguez, a member of the Quincy dining hall staff, won millions in the Massachusetts Lottery last week. Rodriguez estimates she has spent $10,000 on lottery tickets in recent years. By Christine E Mansour

In total, the longtime Harvard staffer will take home $6.5 million, before taxes, in one lump sum.

Rodriguez, who is originally from El Salvador and worked as an assistant cook in Currier House for 28 years before transferring to Quincy last week, said the money comes as a great relief. Rodriguez estimated on Thursday that she had spent around $10,000 on lottery tickets in the last few years. At the same time, she said she has been struggling to pay off debts and deal with the aftermath of having her home foreclosed about five years ago.

In addition to paying off those debts, Rodriguez said she plans to use the money to support her nephews, nieces, and siblings. She will first take care of her finances and make investments before enjoying the remainder of her prize.

As news of her winnings spread, Rodriguez said she has received many congratulations from friends, family, and colleagues at Harvard, where she has recently transitioned into a dining hall checker position.

Quincy House’s general cook, Mostafa Oubtrou, expressed on Thursday warm wishes for Rodriguez, a friend he said he has known for 20 years. Oubtrou said he hopes Rodriguez will make donations to those in need and enjoy the money without spending it too quickly.

When Rodriguez called Bruce A. Reinholm, general manager of Quincy House dining hall, to tell him the news and request to take a personal day, Reinholm said he expressed excitement but also caution.

“Make sure you sign the back of the ticket, don’t tell anyone yet, and go straight to the store,” Reinholm recalled telling Rodriguez.

Rodriguez said she plans to continue working at Harvard.

“I’m hoping to work here two more years to get the benefits…. I’m here to keep my head level,” she added.

Rodriguez said she realizes that with this large sum of money comes great responsibility, and she said she intends to use her winnings for noble causes.

“Like most struggling people who win, I got lucky. Hopefully, I will use it for good,” Rodriguez said.

—Staff writer Sara A. Atske can be reached at sara.atske@thecrimson.com.