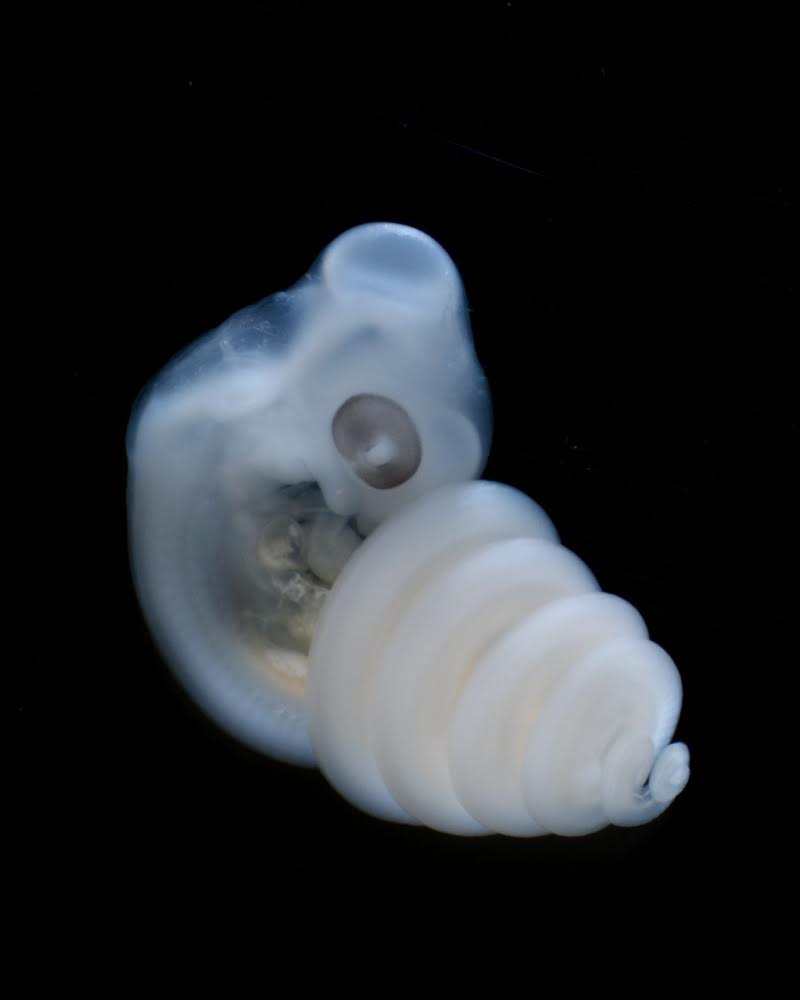 A photo of a house snake embryo, in which the hemipenis bud can be seen near the tail end of the embryo. Research by Harvard scientists shows that genitalia placement is related to limb placement, demonstrated in snake embryos.
By Callie H. Gilbert, Crimson Staff Writer

While humans and birds possess one set of genitalia, snakes and lizards both develop two sets of genitalia, prompting the question of why such differences occur. In a recent study, researchers at Harvard Medical School discovered that, across different animal species, genitalia formation is influenced by developments that occur during early embryonic growth. Genitalia development, according to the study, is closely linked to the growth and presence of limbs in animals such as snakes, lizards, and birds.

“Although it is well known that, during development, limbs and genitalia share common genetic and molecular regulatory networks underlying their formation, how they are connected to each other during evolution has remained a conundrum,” said Jérome Gros, co-senior author of the study and assistant professor of Developmental and Stem Cell Biology at the Institut Pasteur in Paris.

A photo of a house snake embryo, in which the hemipenis bud can be seen near the tail end of the embryo. Research by Harvard scientists shows that genitalia placement is related to limb placement, demonstrated in snake embryos. By Courtesy of Patrick Tschopp

The researchers used a method known as “lineage tracing” to track the development of different cell populations in various animal embryos. They also used RNA-sequencing to compare the molecular structures of the mouse and lizard tissues where genitalia were located.

Gros explained that the researchers became interested in studying genitalia after they completed a 2010 study of the cellular processes underlying limblessness in snakes. The researchers compared what happens in snakes to mouse and chick embryo limb formation, a comparison that was later drawn in the genitalia study, as well.

“Very quickly, we realized that by looking at squamate (snake and lizard) embryos…we could indeed gain insights into external genitalia formation and evolution,” Gros said.

The development of genitalia in animals, according to the study, is connected to the location of limb development. Both anatomical features share similar genetic processes in development, which were potentially tied to a deeper ancestral origin at one point.

Moving forward, Tschopp hopes to analyze the time period in which such similarities persisted in limb and genital development in snakes, and also understand what might have induced the cloacal shift across different species.