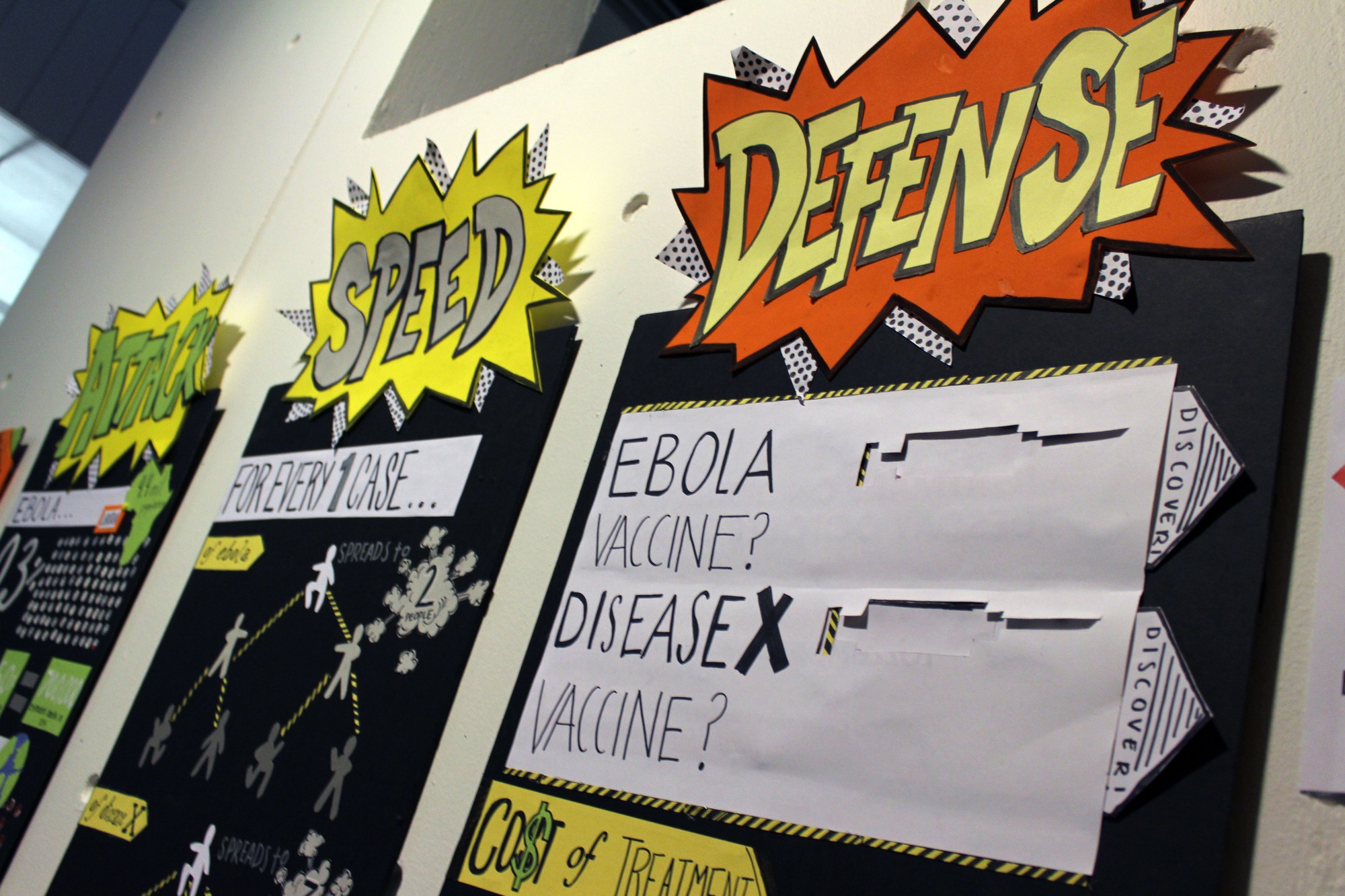 The Emerging Epidemics Art Exhibit presented by The Harvard Undergraduate Global Health Forum sits in The Science Center on Wednesday. The exhibit compares the Ebola virus to a more common, but deadly Disease X.
By Kayla McGarrell, Contributing Writer

Last month, a Harvard School of Public Health poll found that more than half of American adults were concerned about the possibility of a large-scale Ebola outbreak in the U.S.,  though just two patients have now died within the country’s borders. This is the kind of misguided fear that the Harvard Undergraduate Global Health Forum was trying to combat in a small art exhibition that ran this week in the Science Center.

“We had a discussion on Ebola in our general meeting and we decided that we wanted to bring awareness, but we were not sure what,” said Edgar Garcia ’18. “One of the main concerns that was brought up was that many people were overacting to the issue, and although Ebola is a very serious disease, some of the reactions have been very extreme.” 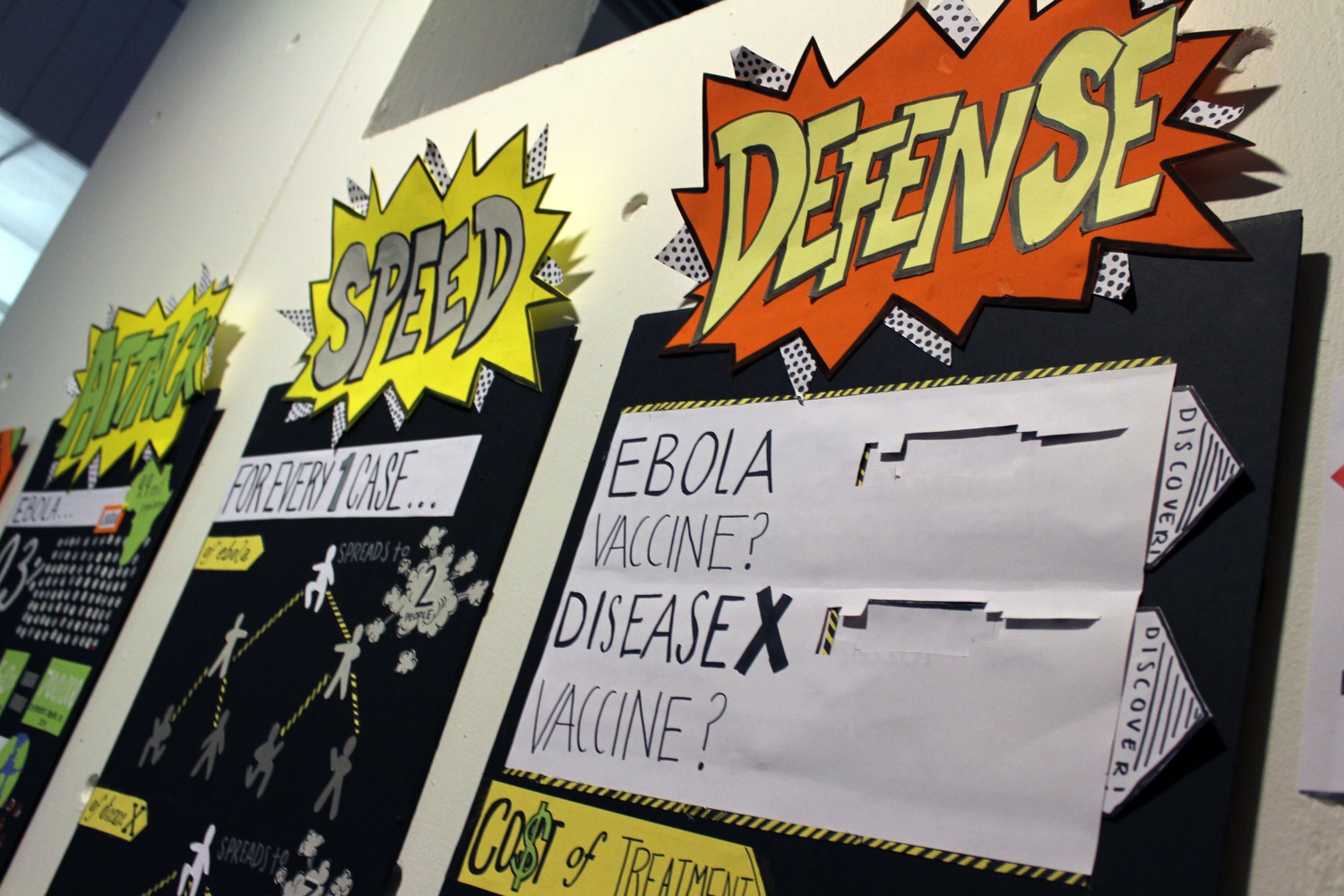 The Emerging Epidemics Art Exhibit presented by The Harvard Undergraduate Global Health Forum sits in The Science Center on Wednesday. The exhibit compares the Ebola virus to a more common, but deadly Disease X. By Nayab Ahmad

To address these extreme reactions, the group organized “The Great Showdown” exhibit, hosted outside of Science Center Lecture Hall B from Monday to Thursday, which compared the hemorrhagic fever to another potential “emerging epidemic,” referred to only as “disease X” until the final panel.

The series of five large poster boards compared the deadliness and transmission rates of the two diseases. The final panel offers a “Verdict,” arguing that Americans should be far more worried about  “disease X”—revealed to be influenza, or the flu.

“We are not devaluing Ebola’s severity, but the flu can spread faster and there’s a very cheap, affordable, and accessible vaccine and Ebola doesn't have one,” Chen said. “The main takeaway should be that we should be be aware of both these infectious diseases, both potential epidemics, and be educated and do what we can to protect ourselves.”