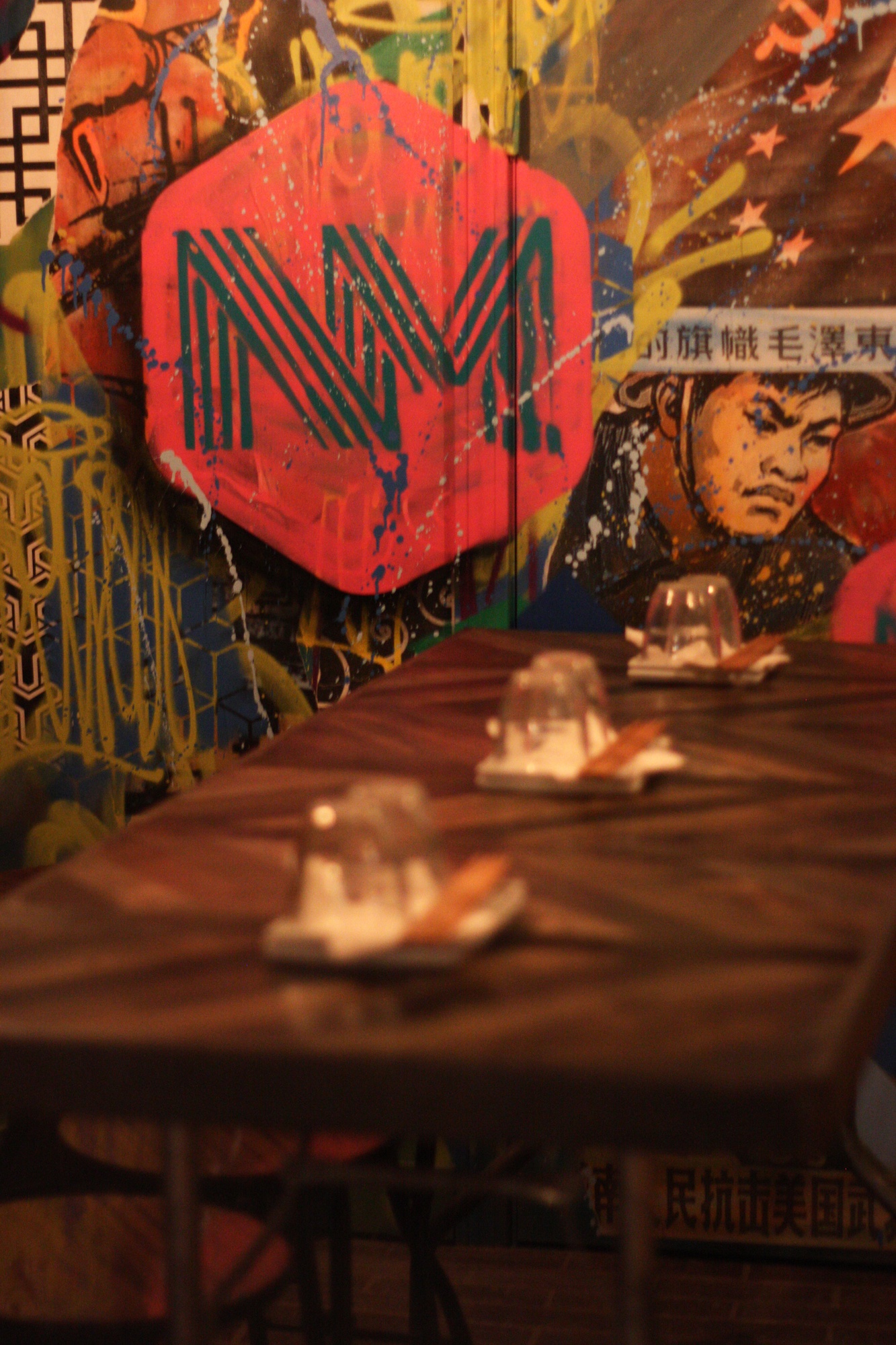 Offering a diverse small plate menu, Night Market opened Tuesday night in the former home of Tamarind Bay at 75 Winthrop St. The restaurant was inspired by Chan’s desire to create a “comfort Asian food” establishment in greater Boston, he said. 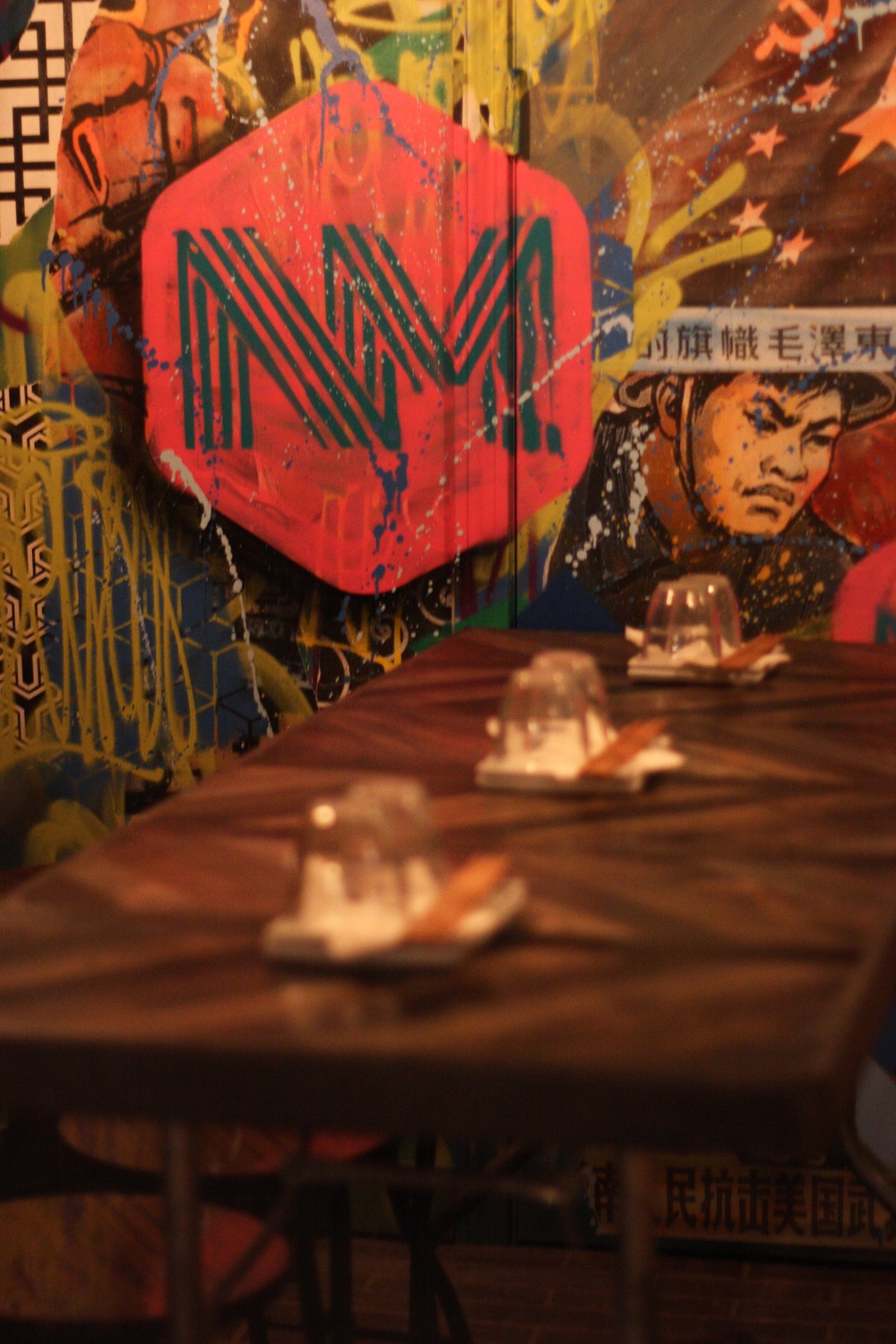 Located where Tamarind Bay once stood, Night Market officially opened to the public on Tuesday night. The restaurant specializes in Asian street food. By Connie Yan

Chan, who is also the proprietor of the Science Center plaza ice cream shop Churn2 and son of University donor and Harvard Square property owner Gerald L. Chan, said that his restaurant wasn’t inspired by any specific type of cuisine.

“[The menu is an] aggregate of a lot of dishes from lots of different restaurants,” Ash Chan said, including Japanese, Vietnamese, and Filipino dishes. The kitchen will be led by Boston chef Jason Tom.

With current options including daikon fries, a Chinese fish fry, and chicken wings, Night Market has “something for everyone,” Chan said, adding that the restaurant is experimenting with a menu that will eventually feature crickets as well as Japanese barbecue.

In addition to food offerings in the eight to twelve dollar range, the establishment also boasts a wine and beer menu that includes many Asian options, as well as tropical slushies with sake. The restaurant is open from 5 to 11 p.m. on weeknights with extended hours until 1 a.m. on weekends, although Chan said that hours may change. 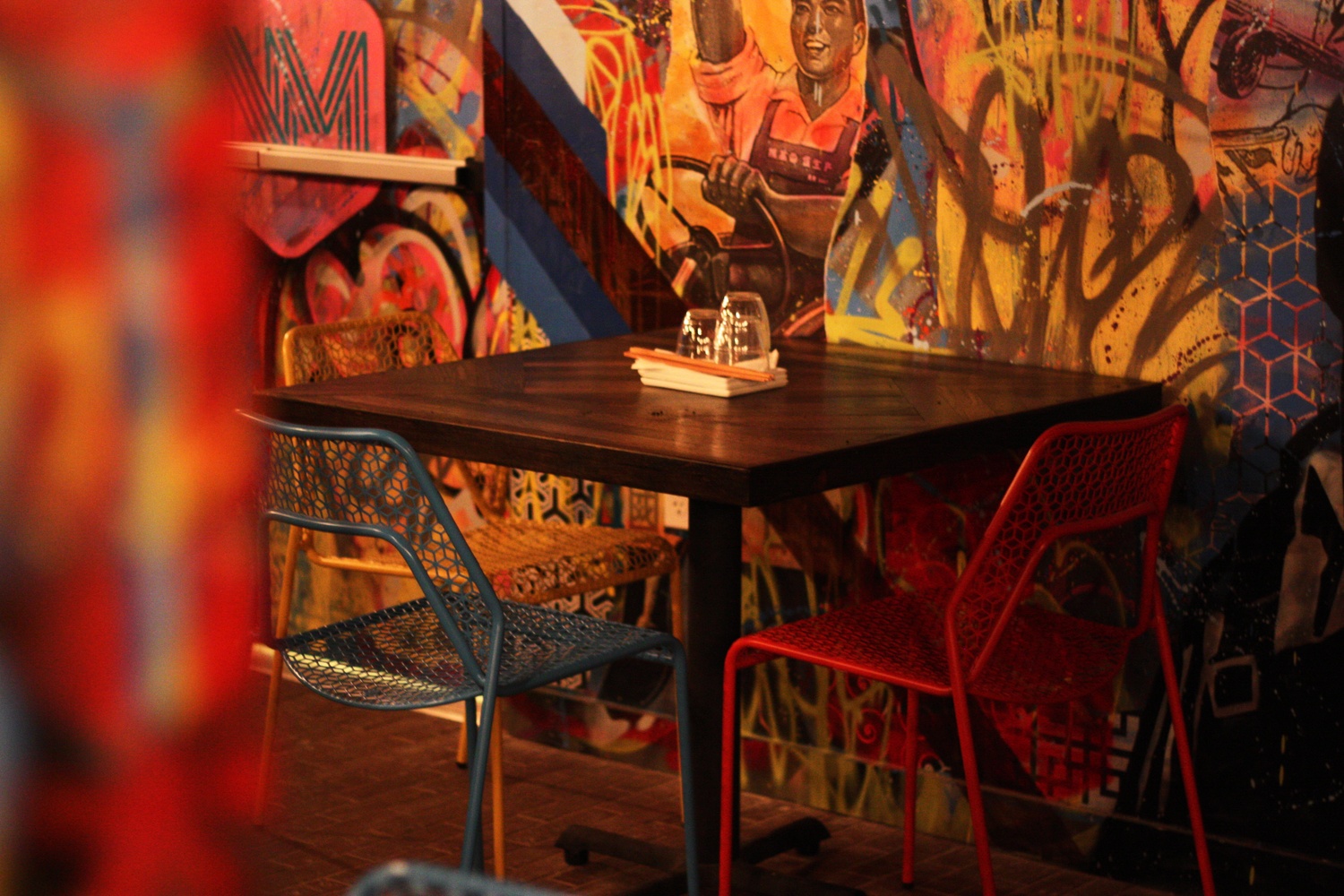 From finding a graffiti artist for the walls to designing the restaurant to fit within a small location, Chan noted that it took approximately a year to prepare the establishment for its public opening on Tuesday.

Though only a handful of customers braved the rain to attend the grand opening, Chan said that the restaurant held several successful unofficial“soft” openings, promoted via Instagram.

Lisa Snelling, a Lexington resident whose husband works in Cambridge, said that the atmosphere was relaxed and comfortable.

“We love the small plate tapas approach,” Snelling said. “It does [have] the street food vibe without the scary ‘what am I eating.’”