More to the Gore in History's "Vikings" 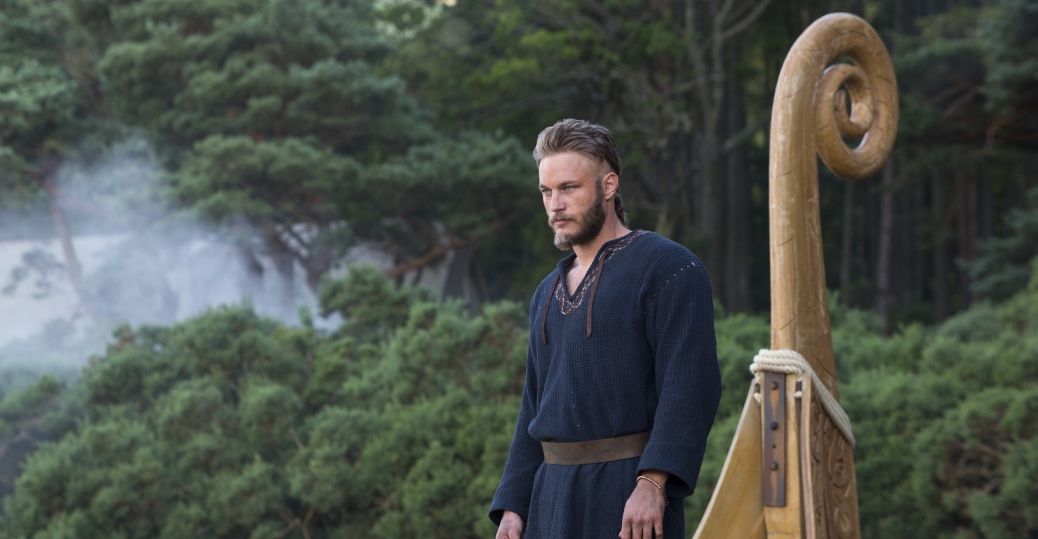 This Thursday, Feb. 27th, History airs the second season premiere of its popular television show “Vikings.” Written and created by Michael Hirst, the main premise of the show is the life and conquests of the legendary Ragnar Lodbrok. While one’s first mental image of Vikings may be of helmet-wearing, pillaging barbarians, interviews with cast members Katheryn Winnick, who plays Lagertha Lodbrok, and Clive J. Standen, who plays Rollo Lodbrok, reveal that the show seeks to provide a more accurate historical image. In doing so, viewers learn that there is depth to the violence in History's “Vikings.”

The first aspect that makes “Vikings” different from similar shows is that it attempts to be as factual as possible. “Michael [Hirst] took great lengths to look at Scandinavian history books from the inside and out because people don’t know that much about Vikings because the Vikings didn’t write a lot down,” Standen says. “So a lot of what we know in our Western world is documented by Christian monks and their scriptures, so a lot of it is their religious propaganda.” Winnick agrees that there was an incredible amount of time dedicated to the research for the show, from the costumes to set design to weapons. “Each department is very detailed, and so much research goes into every single piece on the show,” she says. “We work with a historian to make it as accurate as possible.”

Lagertha’s character also helps to set “Vikings” apart from other shows. Renowned as a shieldmaiden, Lagertha exhibits both strong physical and emotional sides that have received much critical acclaim. “Playing a female lead that is not only powerful at her home but can also fight in battle is always inspiring for young girls,” she says. “It is one of those things where when you read the script…and it is such a treat to get the chance to play her.” Winnick adds that in this society women actually did have a strong voice. “They were allowed to not only be young mothers, young wives and farmers, but also fight in battle and also own land and divorce their husbands and have a strong say in the community and eventually rule,” she says.

Another element that distinguishes “Vikings” from other historical dramas such as “The Tudors” is the aspect of religion in the show. Unlike the Christian values and belief system that carry through many other programs, the Vikings' pagan belief system creates a very different dynamic. While the total faith that Rollo puts in the gods could be compared to the sensational beliefs many people of the Middle Ages held, other features make “Vikings” stand out. “It seems like it could be like a world of ‘Game of Thrones.’ You almost expect dragons and orcs and monsters, but these people really did believe in the tales and sagas of giants—Odin losing his eyes and his quest for knowledge,” Standen says. Bloody fight scenes are balanced by the emphasis on these beliefs. “Vikings, for instance, never used to throw away their fingernails. They used to collect them and put them in lockets because they believed that when Floki came back to Ragnar Lodbrok he was going to arrive in a ship made of entirely dead human fingernails,” he adds.

While “Vikings” does feature many intense fight scenes, there is more to the show than initially meets the eye. “I think if you don’t play the action side of it, you might lose a lot of people,” Winnick says. That said, the historical accuracy about an oft-misunderstood people, a strong female presence, and an unique pagan belief system should not be overlooked. With season two coming up, viewers should be prepared for a show that features more than just gore.