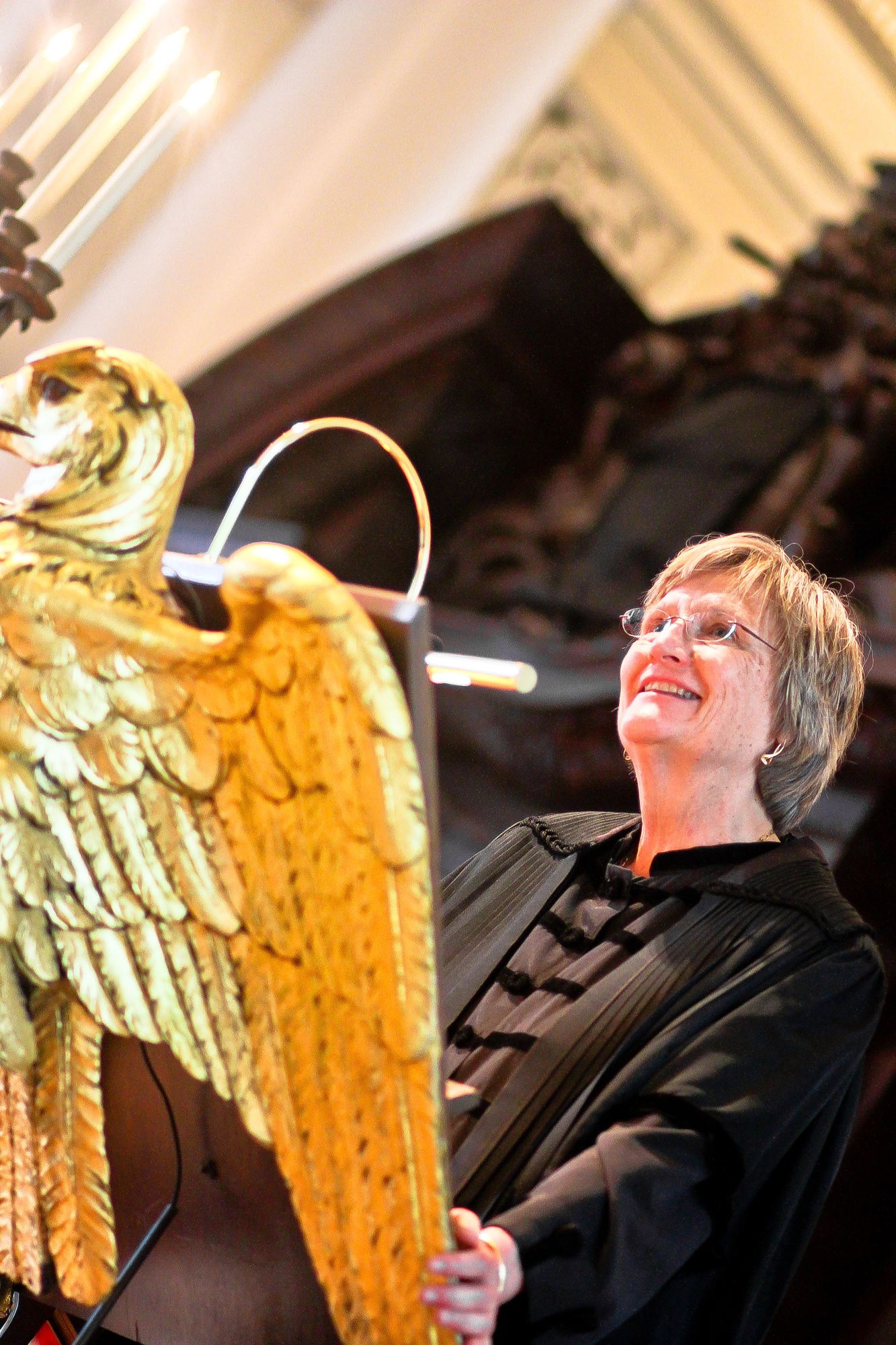 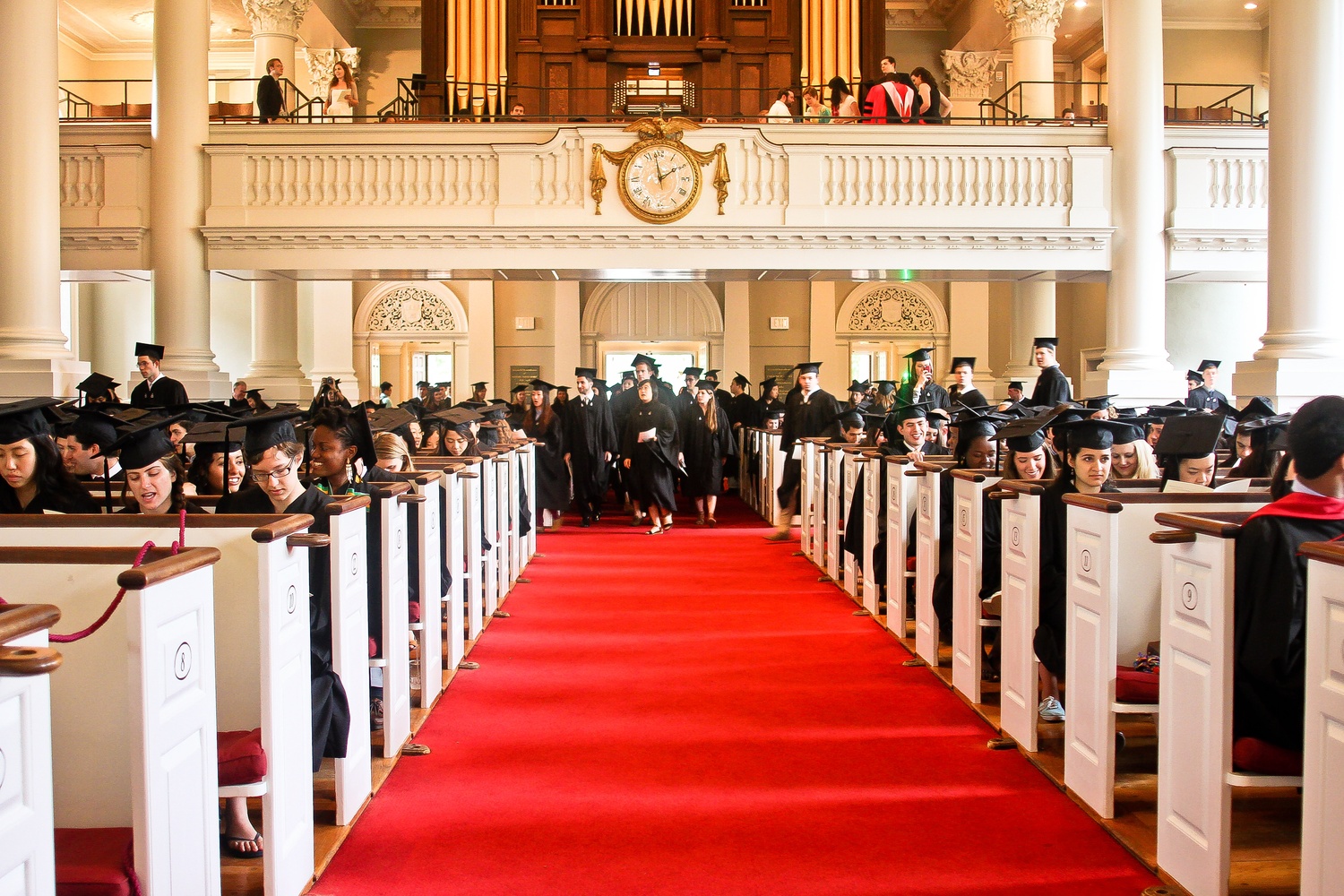 The Class of 2014 filed into Memorial Church on Tuesday afternoon for the Baccalaureate Service, following a procession that originated in the Old Yard. By Shunella Grace Lumas

University President Drew G. Faust challenged the College’s Class of 2014 to leave Harvard with a firmly-set moral compass in her address at the class’s Baccalaureate service on Tuesday afternoon, referencing the popular television series “Breaking Bad” and asking rhetorically, “How do you end up ‘breaking good?’”

Faust, who interviewed “Breaking Bad” creator Vince Gilligan earlier this spring, surprised some in attendance by weaving the show’s dark storyline into an address that is usually celebratory and sentimental. In recounting her conversation with Gilligan and her viewing of “Breaking Bad,” Faust drew a contrast between the show’s main character Walter White’s demise as a greedy, violent drug lord and what she identified as the seniors’ responsibility to use their education for others.

“Learning is partly about taking risks for the sake of achievement and excellence. These are values we share and celebrate. But more important, these past four years have also been designed to teach you about facing outward, acting for the sake of a better human community,” Faust said. 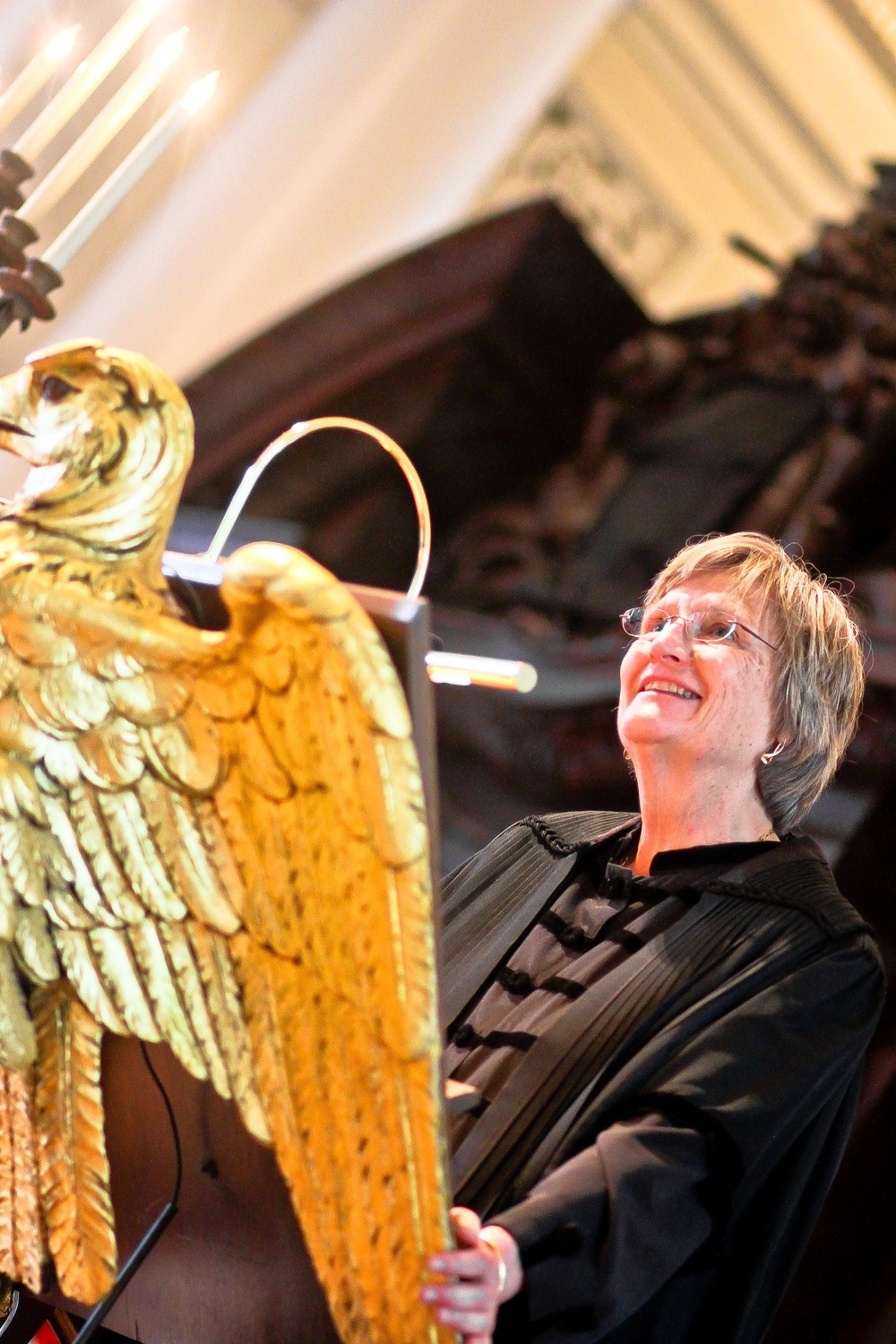 Faust concluded her remarks with a tone closer to what the seniors might have expected.

“The most important thing for you to have learned here at Harvard is that far from ending with your degrees on Thursday, your education, and the service to others that is its greatest purpose, has only begun,” she said.

Before yielding the lectern, she added, “May you all have lives as good as they are great.”

The service, a tradition more than two centuries old, was an intimate affair, with more than 1,600 degree candidates squeezed into a space that fits about 1,000. But the College’s seniors, who are set to graduate on Thursday, did not seem to mind, and most laughed when Faust took the lectern and declared that her address came “during a week of high spirits hardly designed for sobriety.” Early in the speech, the president scored additional comedic points with the crowd with her references to Tinder, Snapchat, and I Saw You Harvard.

“I wasn’t ready for it,” said Justin Mathew ’14 of Faust’s jesting approach. “But I thought she did a really good job with the speech.”

Samantha B. Singh ’14 agreed. “I thought she did a really good job of avoiding cliche,” she said.

The intimacy continued after the service, when Faust and Walton positioned themselves just outside the doors of the Church and formed a receiving line, the back of which wound throughout the Church and stalled frequently as students and the occasional relative posed with Faust for photos.

After passing through the line, the degree candidates made their way to the steps of Widener Library for a class photo, where a team of professionals along with hundreds of parents snapped away.

Commencement week continues Wednesday with the College’s Class Day, where Sheryl K. Sandberg ’91 is scheduled to deliver the keynote address. Former New York City Mayor Michael R. Bloomberg, a graduate of the Business School, will address graduates and their families at the University’s 363rd Commencement Exercises on Thursday.