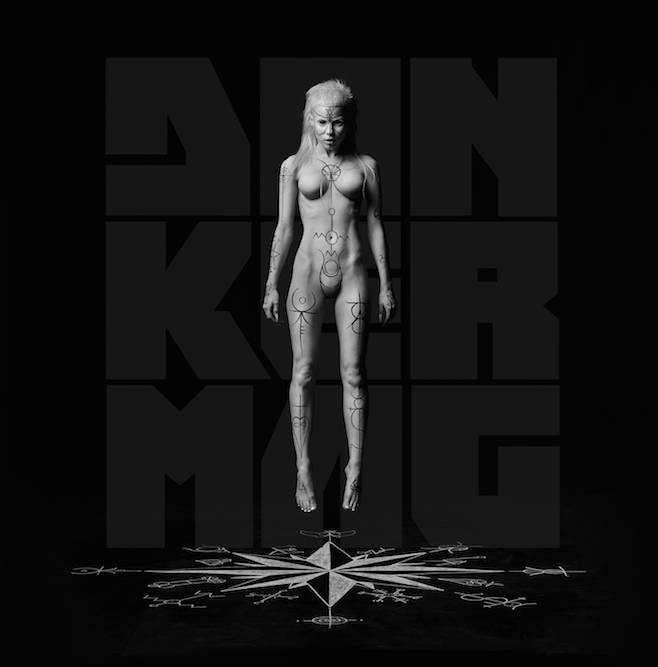 When Die Antwoord released a music video to “Enter the Ninja” in 2009, they went viral and garnered a reputation as an outrageous performance art group, satirical collective, and embodiment of zef, a South African counter-culture movement described by vocalist Ninja as “the underbelly of the Afrikaans culture.” Met with distaste, adoration, and confusion, the South African rap-rave group is a cheeky tour de force—and this in-your-face, caustic spirit continues in “Donker Mag” (which means “dark power” in Afrikaans) with mixed results.

Die Antwoord’s latest album is replete with Yolandi Visser’s helium-voiced singing, Ninja’s intrepid raps, DJ Hi-Tek’s energetic beats, an ingenious mix of English and Afrikaans, and tongue-in-cheek humor. Most distinct, however, are the displays of audacity in many of its songs, including “Raging Zef Boner.” Not only does the song title allude to the group’s bold championing of zef, but the song also parodies Lady Gaga’s “Born This Way.” In the chorus, Ninja declares “It’s not my fault / I was born this way” to an electronic beat eerily reminiscent of Gaga’s hit anthem. The jab is even more daring considering the band’s shaky past with Gaga that erupted into a brief Twitter battle.

This abrasive attitude is evident from the album’s beginning. “Donker Mag” opens with “Don’t Fuk Me,” a 28-second track in which Ninja calls Tony Ciulla, Die Antwoord’s manager, and warns him to never “try to fuck” Ninja. The Mafia-esque delivery sets a defiant tone for many of the later songs. On “Happy Go Sucky Fucky,” the band shows pride for their actions and criticizes any naysayers. Yolandi espouses bold sentiments like “We live the life we love / We love the life we live” and “Fuck your rules / Who are you to tell me?” and dexterously adds fire to her words by emphasizing certain parts with rage-filled gusto and a raised voice. Her high-pitched, girlish vocals also add a haunting effect to “Do Not Fuk Wif Da Kid,” a brief interlude in which Yolandi issues threats to disparagers in a tone fit for a horror film. These three tracks—similar in idea but different in mode of expression—represent what makes Die Antwoord both attractive and deterring to listeners. The duo are direct and unflinching in their statements and are willing to embody and experiment with different personae, even within a single album.

“Donker Mag” further displays Die Antwoord’s capabilities by showcasing a wide range of styles from the glossy, almost mainstream “Ugly Boy” to more uniquely orchestrated songs like “Strunk.” Following spirited, up-tempo tracks like “Girl I Want 2 Eat U” and “Pitbull Terrier,” “Strunk” distinguishes itself from the beginning as Yolandi chatters about love while a guitar provides the melody. The acoustic feel and the two vocalists’ softened singing contribute to the song’s morose mode, reinforced by lines like “I’m so strunk, fucked up, love drunk.” The lyrics might not be poetry, but compared to “Black cats / White cats / All my zef cats” of “Pitbull Terrier,” they serve as a reflective digression. “Donker Mag” also contains weighty words: “Please give me something to believe in / I’m either driven or crippled by these demons,” Ninja laments in the album’s titular song.

These songs, rare in the Die Antwoord landscape, represent a divergence from the group’s typically crass genre and introduce a certain maturity and awareness. They are commendable, but juxtaposed against the more common sex-focused, ostentatious, biting music that defines the band, they feel jarring. The mix of brazenness and sensitivity ends up leaving the listener wondering about the potential wasted behind an act that, while entertaining and appealing in itself, lacks any significant evolution beyond becoming more grotesque and shocking. And this is where Die Antwoord’s head-on embrace of its powerful, distinct character fails for “Donker Mag.” Despite the flashy packaging, the album never truly amazes. It is audacious, yes. It is energetic, yes. It is cleanly produced and creative and representative of everything Die Antwoord has proven to be. But it lacks any semblance of growth except for a few smidgens of thought that only serve to underscore the deficiency. Instead of feeling lively and saucy, everything ends up coming out well-executed but overblown.

“Donker Mag” is playful, shameless, and grandiose with a burst of careful meditation from time to time. It is a continuing tribute to the musical trio’s brash, eccentric, and somewhat sordid character. It will not deter fans from admiring the group, but it also won’t stop critics from seeing the group as a producer of one-dimensional music. Then again, if “Happy Go Sucky Fucky” is any indication, Die Antwoord likely doesn’t care.