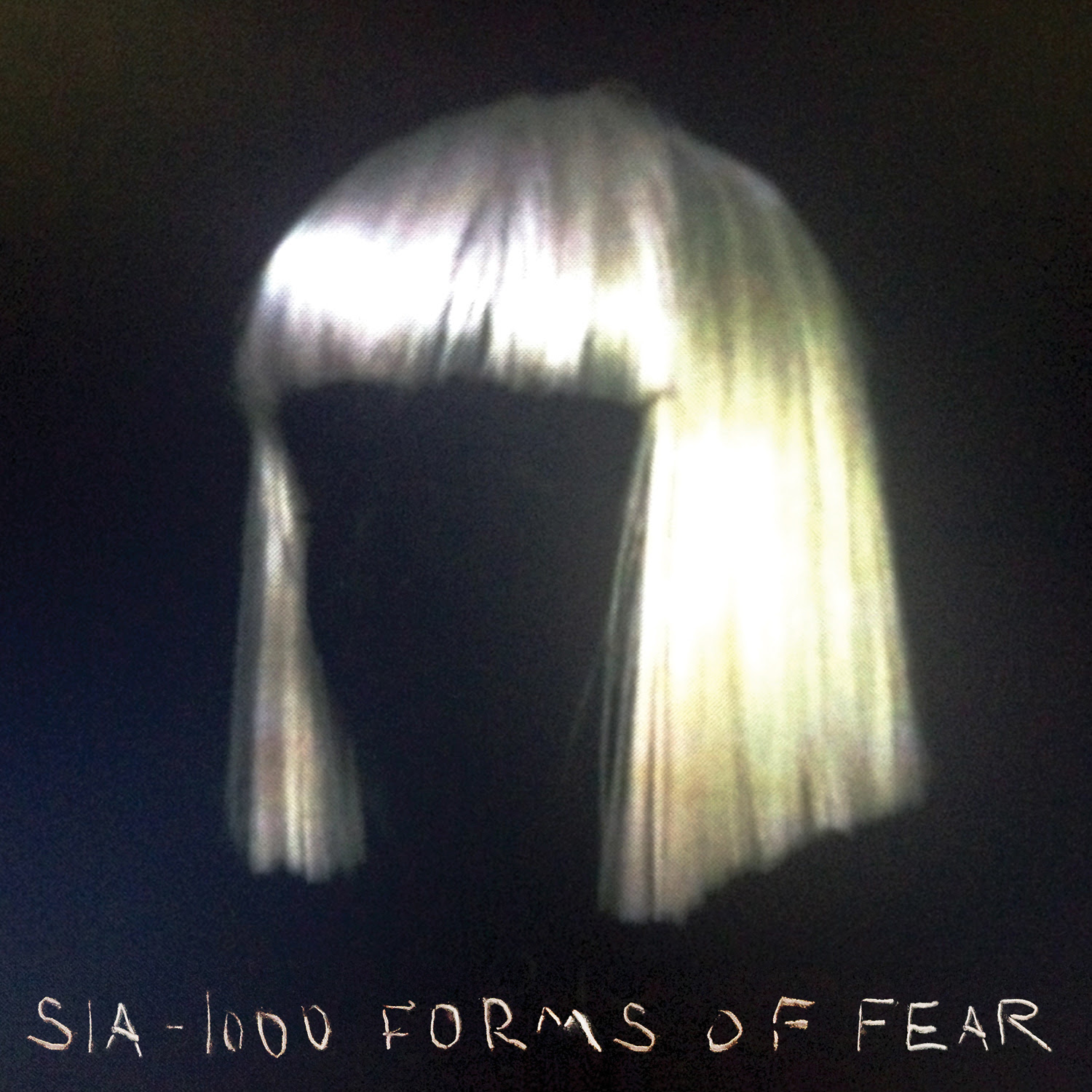 When it comes to pop music, Sia Furler is ubiquitous—in a not-really-ubiquitous, behind-the-scenes sort of way. During the past couple years, the prolific Australian singer-songwriter has penned hits for the likes of Beyoncé, Rihanna, Katy Perry, and Christina Aguilera. It’s her raspy croon soaring on David Guetta’s inescapable “Titanium,” as well as her infectious wail on Flo Rida’s “Wild Ones,” tracks both written, at least in part, by Sia herself. If she were anyone else, it would be time to declare a conspiracy afoot. It would be a brilliant plan too—writing stadium-sized feel-good songs for stratospheric pop stars, all the while nefariously priming the Top 40 for her own ascent, in the form of her newest offering, “1000 Forms of Fear.” But alas, pop music hasn’t been that exciting since Beyoncé dropped her surprise album (with help from the Australian songstress), and the public can be disavowed of any creeping suspicions of Furler’s deviousness by the merit of one simple fact: she doesn’t even want all the attention. It’s for that reason that when performing live, she faces away from the audience, and presumably also the reasoning behind the cover-artwork of “1000 Forms of Fear”: a minimalist tableau featuring her faceless bleached-blonde ’do set against a pitch-black background. But regardless of whether she’s comfortable with it or not, fame has set its sights on Sia, and it’s likely that “Fear,” far from innovative, yet still accomplished, will elevate the star to even higher strata.

If Furler’s aforementioned hit-making prowess needs any additional exemplification, it’s necessary to look no further than “Chandelier,” “Fear”’s superb lead single. It’s the type of pop song that begs to be blasted from stadium speakers, to be belted on the tops of lungs and projected into cloudless skies. Ultimately, more than her lyrics, it’s Sia’s impressive vocal delivery that pushes “Chandelier” past some of the material that she’s written for larger stars. That raspy croon, in its fleeting breaks and glorious imperfections, delivers the radiant optimism in “Diamonds” that Rihanna’s coolness couldn’t extract, and the message of accepting flaws in “Pretty Hurts” that Beyoncé’s perfection couldn’t sell. In short, it’s a robust cut of child-like happiness that leaves the listener, in Sia’s own words, wanting to swing from a chandelier. The same level of emotion and empowerment is reached, but by more somber subject matter, in “Big Girls Cry.” In the same vein as a lot of Sia’s material, it’s a warm slice of self-love pop music, this time emphasizing emotional health and positivity of expression with lyricism that’s almost intentionally puerile: “I may cry, ruining my makeup / Wash away all the things you’ve taken / I don’t care if I don’t look pretty / Big girls cry when their hearts are breaking.” It’s not exactly subtle or groundbreaking, but it’s an assured track and a worthy heir to the self-compassion of Sia’s older anthems.

Though a gifted songwriter, Sia’s lyrics aren’t often poetry, and she shows very little interest in minting fresh, distinctive means of expression. So expect a lot of trite, sometimes confused turns of phrase such as in “Straight for the Knife”: “You went straight for the knife, and I prepared to die / Your blade it shines / Looked me straight in the eye, you turned the gas on high / Held the flame alight / You wonder why I’m afraid of fire.” In fact, expect a whole lot of fire, blade, and gasoline imagery, as they appear to be Sia’s go-to signifiers for turmoil and strife, making center-stage metaphoric appearances in “Burn the Pages,” “Elastic Heart,” and “Fire Meet Gasoline.” She does, however, paint an unusual and acutely touching lyrical picture in “Cellophane”: “Look at me, I’m such a basket case / Delivered to you in cellophane,” and “You can’t hide the pain, can’t hide the pain / When you’re wrapped in cellophane.”

“1000 Forms of Fear” is the quintessential pop album: lyricism facile, hooks soaring, verses pleasant and sweeping, and sentiments widely accessible. Though distinctively Sia, many tracks evoke the emotional nourishment of ’90s and early 2000s pop singles that the millennial listener will undoubtedly find nostalgic: the chugging guitar riff of “Hostage” recalls Jimmy Eat World’s “The Middle,” and “Burn the Pages” smacks of early Kelly Clarkson. Gone, however, is the sultry, lounge-ready Sia of her early releases—the immediate downsides of which being the occasional raucousness her voice develops in the higher pop-anthem registers, and the absence of anything that approaches the tender emotional depths of 2004’s “Breathe Me.” Still, “1000 Forms of Fear” is a pop album that promises more unwanted attention for the notoriously fame-avoiding Sia, as well as some more soaring, feel-good poptimism for the radio waves and the rest of us.

—Staff writer Caleb M. Lewis can be reached at clewis01@college.harvard.edu.