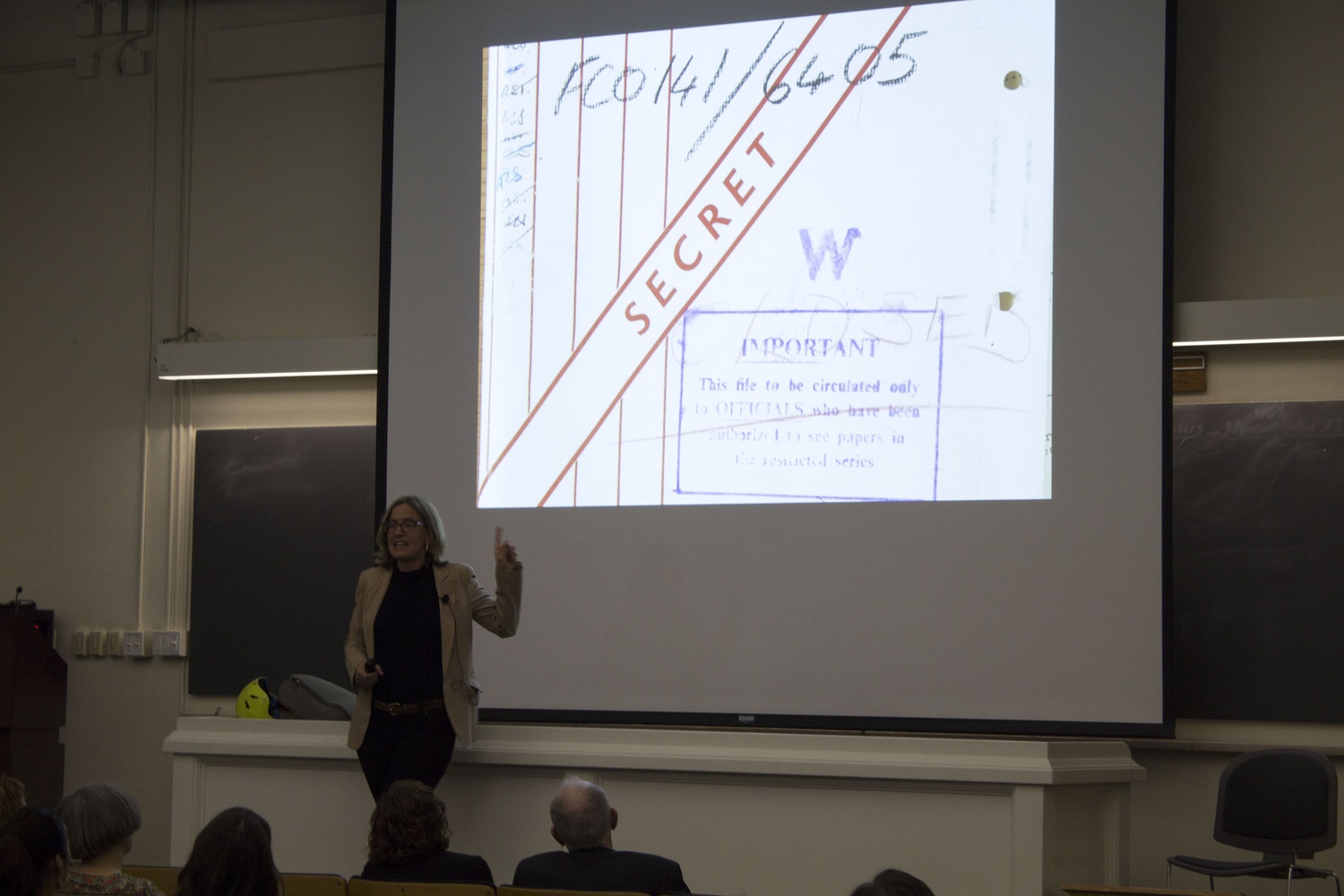 History professor Caroline Elkins shares a picture of a confidential document she found while working as an expert witness in a legal case brought by Kenyan independence movement participants against the British government. Her work on the case exemplified how historical research can contribute to the progress of contemporary social and political developments. By Sidni M. Frederick
By Aditya Agrawal, Contributing Writer

From appearing in anti-government trials to uncovering underground cities in Spain, Harvard History professors have done it all. They showcased the range of their scholarship Wednesday evening at a panel entitled “History is Everything / Everything is History,” an annual departmental tradition now in its fourth year.

Even though the event targeted sophomores who are considering studying history, upperclassmen, graduate students, and Cambridge residents joined the prospective concentrators in hearing from five high-profile Harvard historians about the importance of their research.

Discussing the impact of historical research on current events, History assistant professor Kirsten A. Weld said the recent discovery and digitization of at least 18 million documents on the Guatemalan armed forces might inspire political reform in the country.

For History professor Caroline Elkins, a dissertation on British detention camps in colonial Kenya evolved into a book that went on to win the Pulitzer Prize. Elkins said five former camp detainees used her book to successfully sue the British government for crimes perpetrated against them during their internment.

“For the first time in its history, the British government was sued by its former subjects for compensation, and my book was used as evidence, and I was called upon to be the expert witness,” Elkins said.

Matthew R. Alderete ’19, who hopes to pursue a secondary field in History, said he found the the event interesting and Elkins’s presentation on the Kenyan detention camps particularly compelling.

“I wish they had included a professor who works on economic history, since that is where my interests lie,” he added.