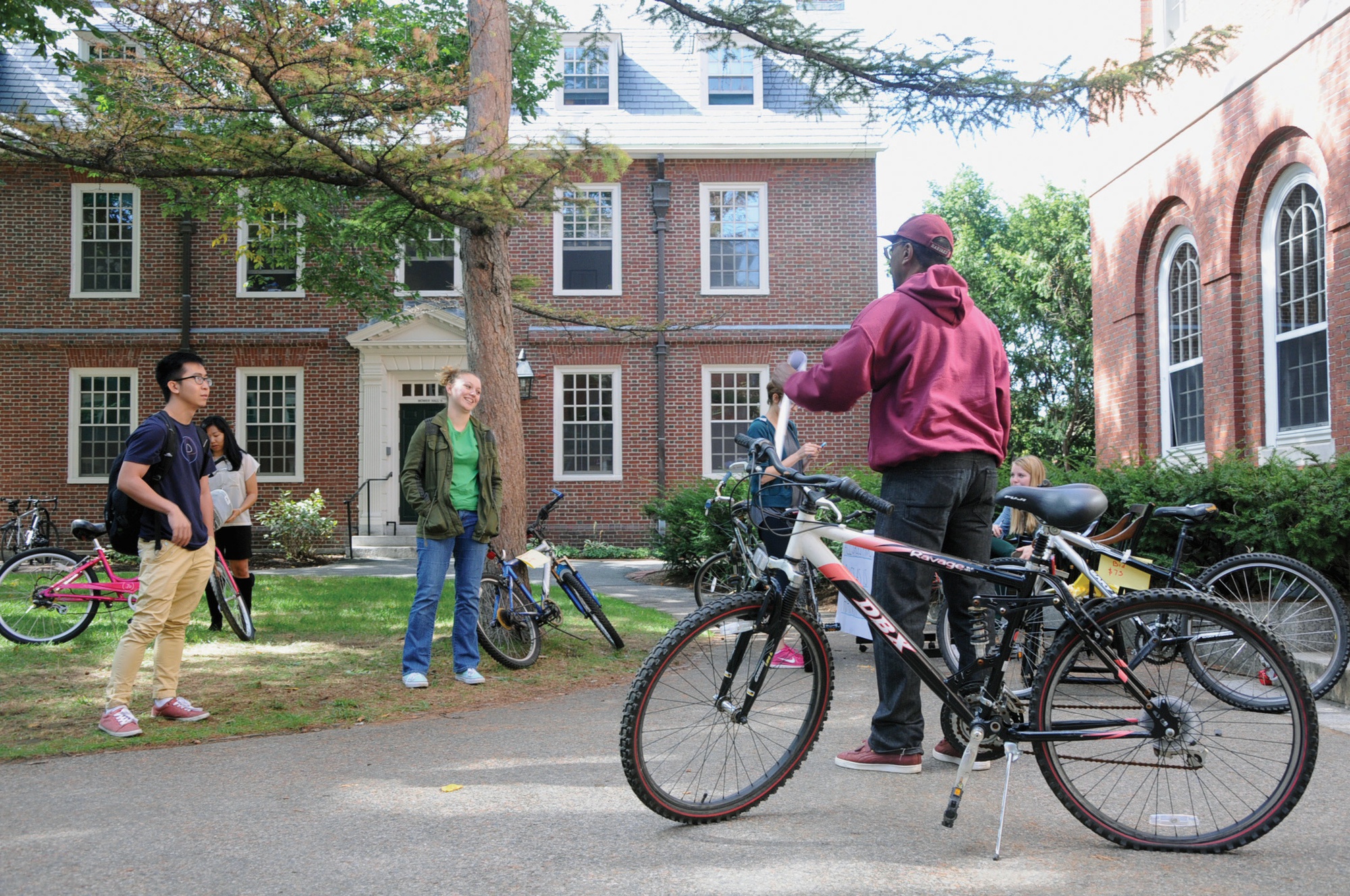 A PBHA volunteer asks for bids on a bike at the PBHA annual bike sale. The auction typically raises around $3,000 to fund PBHA’s programs each year.
By Laszlo B. Herwitz, Contributing Writer

After suddenly losing its old site, the Phillips Brooks House Association’s Mission Hill After School Program has relocated to three centers in Roxbury for the foreseeable future.

MHASP, Boston’s oldest student-run after school program, found itself scrambling this past summer after it abruptly lost the space it had previously occupied at the Maurice J. Tobin K-8 School. The group intended to use the space for its programming again this school year, but about two weeks before the program was slated to begin, the school informed its leaders that the space was no longer available. 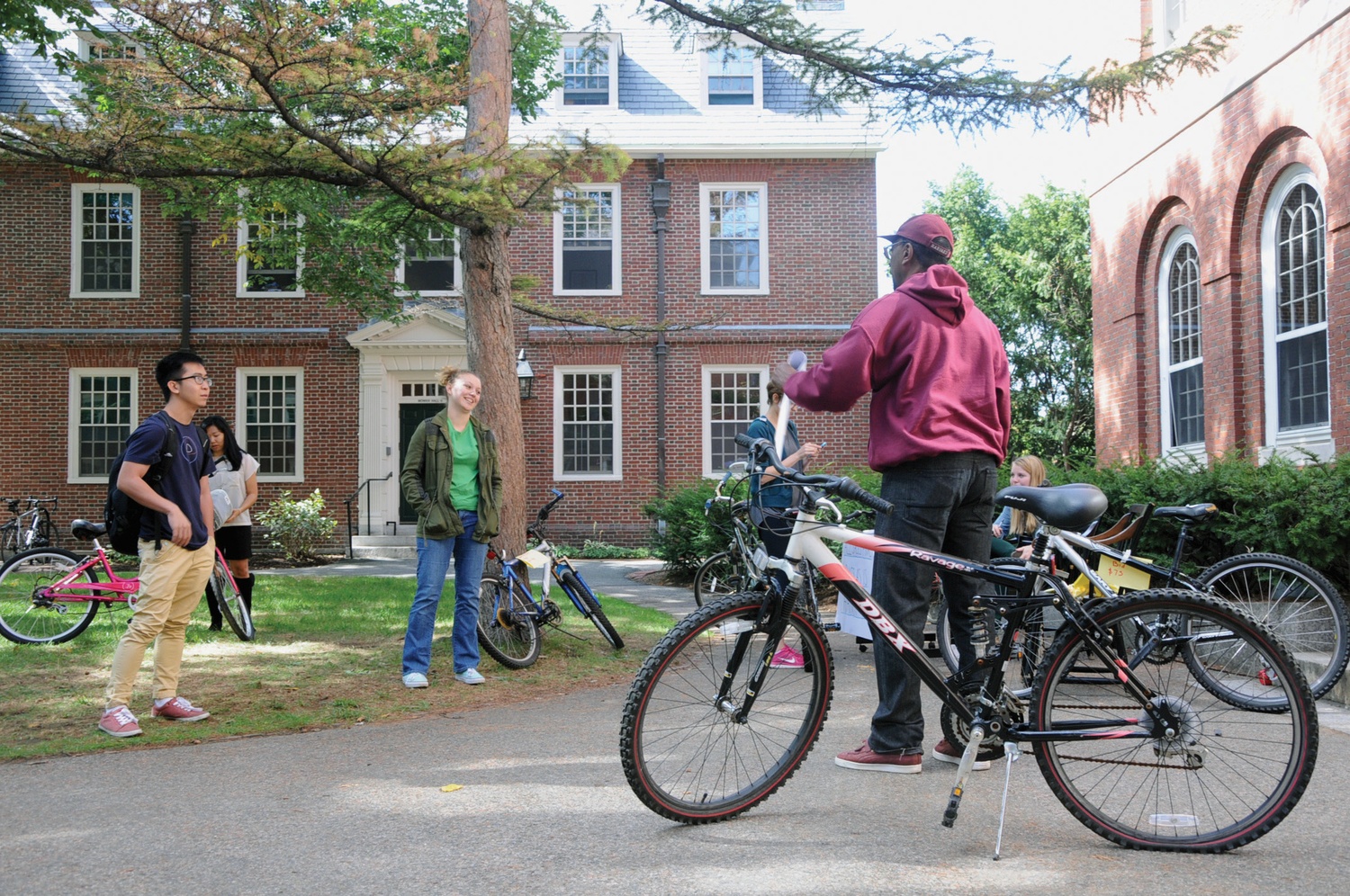 A PBHA volunteer asks for bids on a bike at the PBHA annual bike sale. The auction typically raises around $3,000 to fund PBHA’s programs each year. By Stefan Stoykov

Dominique A. Alpuche ’17, a Mission Hill co-director, said her understanding is that the school wanted to focus its resources on its own students.

When contacted for comment, the Boston Public School media office said in a statement to The Crimson that the sudden termination was due to the expansion of a program to accommodate additional instruction time for Tobin Students. They said that the decision was in no way a reflection of the quality of the Mission Hill program.

Alpuche said that the Tobin School’s principal gave her the news about two weeks before the program was due to start, which forced the directors to scramble to find new suitable accommodations.

Alpuche said that students browsed the Internet to find local venues, in addition to reaching out to organizations with which they had prior relationships and to PBHA and Mission Hill program alumni.

Finding and transitioning to the new locations presented a large logistical challenge to the program’s organizers, said Alpuche, since each age within the program needed its own space and supplies. Most significantly, occupying three spaces has forced MHASP to spread its resources and staff more thinly.

Despite these initial obstacles, the program has now settled smoothly into its new locations, Alpuche said; both students and counselors have acclimated quickly to their new surroundings.

Alpuche said that the relocation was not without its silver lining, as it made the directors and counselors more organized.

“The logistical challenges associated with the move forced us to be more planned out and specific in our day-to-day running of the program,” she said.